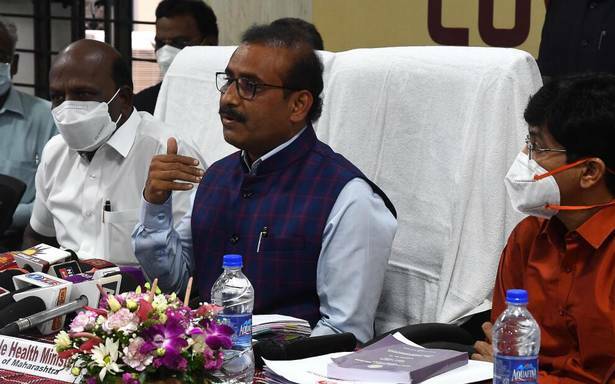 Maharashtra’s Health Minister Rajesh Ankushrao Tope lauded Tamil Nadu’s higher spending on its health sector, the “successful” model of the Tamil Nadu Medical Services Corporation (TNMSC) and the establishing of a medical college in almost every district of the State.

A delegation from Maharashtra, led by the Health Minister, is on a two-day visit to Chennai. On Monday, the team visited the offices of the National Health Mission (NHM) and the TNMSC.

The Minister said their visit was aimed at learning good practices of medical services in Tamil Nadu. “We are here to especially learn the successful model of TNMSC for the procurement of medicines and equipment. Streamlined methods are being adopted for the procurement, storage and distribution of drugs and equipment,” he told reporters after a meeting with Health Minister Ma. Subramanian.

Noting that both Tamil Nadu and Maharashtra were similar in many health indicators, especially the maternal mortality ratio and the infant mortality rate, he said: “But there are some good practices which we can learn from Tamil Nadu. Tamil Nadu has always been keen on investing or pumping more funds into its health sector. The State is spending approximately 6% of its Budget on health, whereas Maharashtra spends 3%. This is a learning experience for Maharashtra that we need to spend more, even though we have a much bigger demography as compared to Tamil Nadu. We are approximately 13 crore [in population], while Tamil Nadu has about eight crore.”

He said, “Almost every district has a medical college. An NHM official told me that approximately 10,000 doctors pass out in Tamil Nadu. There is no dearth of doctors as compared to Maharashtra. We will follow T.N. in establishing more medical colleges. Our government has sanctioned four to five new colleges in the last year, and will sanction more in the coming year.”

Mr. Subramanian said his counterpart appreciated two schemes — the Dr. Muthulakshmi Reddy Maternity Benefit Scheme and Makkalai Thedi Maruthuvam. He said Maharashtra had extended a helping hand to Tamil Nadu to get oxygen supply when the demand soared in May.