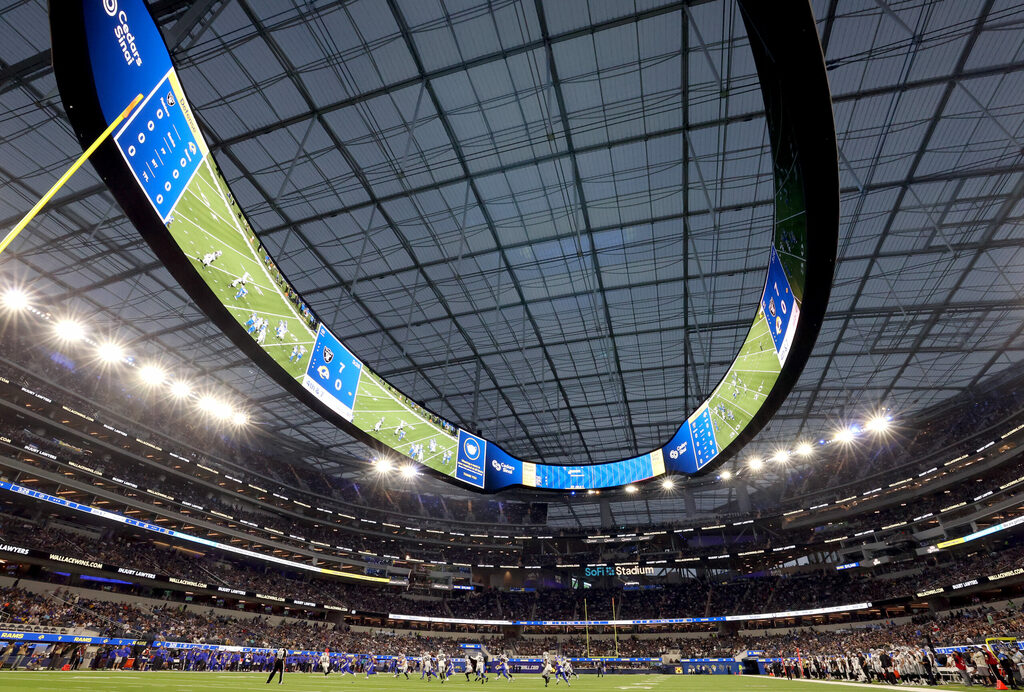 After a season without fans in the stands at SoFi Stadium, the Rams will have their supporters back in the building on Sunday night for Week 1. It should be a packed house for the season opener against the Chicago Bears, with the Rams hopefully treating fans to a victory.

For this matchup, the Rams are debuting an awesome end zone paint job to go along with their modern throwback uniforms. One end zone reads Los Angeles and the other says Rams, with blue, yellow and white stripes coloring the background.

Here’s a look at the entire field design, which has the ram head logo at midfield.

And a closer look at the end zone.