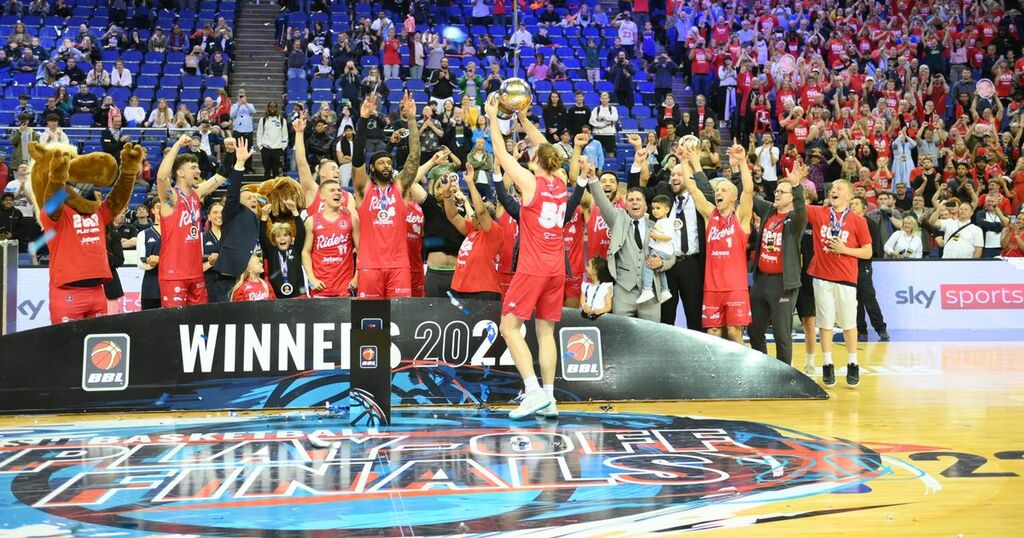 Daily Mirror
One subscription that gives you access to news from hundreds of sites
Leinster still playing catch-up to Toulouse despite even head to head record, says Leo Cullen

The Blues supremo recalls his days as a player against the Top 14 aristocrats, and how Leinster's players wondered if… 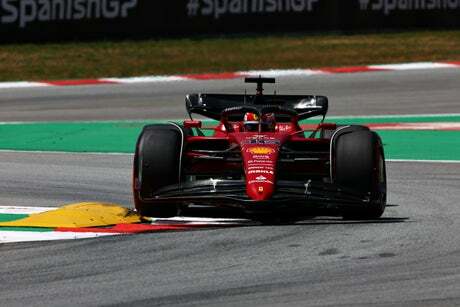 Asharq Al-Awsat
From analysis to good news, read the world’s best news in one place
Five interesting Spanish GP F1 updates you may have missed

Motorsport
Five F1 Spanish GP updates you may have missed

The British Basketball League season culminates in a stunning Play-off Final as the red-hot London Lions face the all-conquering Leicester Riders for a shot at immortality at the O2 Arena on Sunday.

The Lions have enjoyed a wild, historic, and ultimately unpredictable season in 2021/22. They got off to a brilliant start as they advanced past the first round of the FIBA Europe Cup to re-write the narrative surrounding British basketball when it comes to continental competition.

However, things went south as participation in Europe began to take its toll. London’s form suffered, which led to the unfortunate departure of iconic former coach and owner Vince Macaulay in January - but captain Justin Robinson was philosophical when it comes to the Lions’ season.

“We did so well in Europe. We created history being the first British team to win in the first round and qualify, and then we took our bumps,” Robinson exclusively told Mirror Sport . “A basketball season is never linear; you’re always going to have peaks and valleys, but we started working on ourselves and we didn't implode.

“We started to go on a good run once we reached the playoffs, so I just think it'll be a really good feeling to finish the season off with a win. It would be the first time we won the Playoff Final in Lions history, which would be huge given what we’ve had to deal with.

“Sunday will make all the adversity, drama, commotion regarding coaching changes and injuries worth it.”

Robinson, who will miss the season finale following an ill-timed injury, does believe the adversity the Lions have faced this season have strengthened the team - or pride, if you want to roll with the metaphor. The match comes at a good time for the Lions, as they are on a sensational run of six wins in their last seven with the sole defeat coming in the second leg of their playoff win over Cheshire Phoenix.

Like the kings of the jungle yearning for a kill, London are ready to do battle with the dominant Riders, who defeated the Lions in their last BBL meeting in April 103-67. Regardless, Robinson is confident his teammates will secure silverware.

“As a collective, we're feeling really good. We've had an eventful season to say the least - I’m not even able to play due to injury - but as a group we’ve gone through lots of ups and downs and coaching changes,” Robinson said, with more than a hint of disappointment rife in his voice.

“But I just feel like we're peaking at the right time. We’re on a high note in terms of team morale, style of play, and chemistry so we’re just trying to go into Sunday and finish the season on a high.

“We’re definitely riding a winning streak, but I think the guys know what's at stake and they’re aware how much it would mean to all of us - especially with people on social media speaking about us when you’re having a rough patch. It’s created a chip on our shoulder, and we’re confident; we’re hungry. It will show on Sunday.”

Riders coach Rob Paternostro was crowned Coach of the Year for the seventh time, and Leicester’s dominance is perhaps best encapsulated by the fact that the BBL’s Team of the Year includes three players: Patrick Whelan, Darien Nelson-Henry and Geno Crandall. Crandall is looking to win BBL MVP for the second successive year.

With London perhaps focused on Europe having slipped to a 16-11 record, the Riders moved to 25-2 to win the BBL Championship in style. They are chasing a historic treble after already adding the BBL Cup, and Robinson is under no illusions regarding the task ahead.

“They’re a great team. The two teams have a great tradition and history, as we've met them in past finals so we have a little rivalry and I think there's a level of mutual respect,” Robinson added. “You have to start with Geno Crandall; he's the head of the snake, their point guard, their leader.

“Their leading scorer [Patrick] Whelan is probably their most dynamic player in terms of scoring, and then the other guys like [Zach] Jackson and Mo Walker. I mean, they've got a deep, deep team made up of guys that have a lot of experience.

“In Rob Paternostro, they’ve got a good coach who has been in this position many times. Leicester are a good opponent, but we like our chances.”

Will the London Lions will win their BBL Play-off Final vs the Leicester Riders? Let us know in the comments section.

The Lions were actually one of two teams to defeat Leicester in the BBL Championship as they claimed a 79-77 win at the Copper Box back in February under interim head coach James Vear. London also won against the Riders in the BBL Cup group stage while Macaulay was at the helm.

Robinson may not be on court, but the captain will still be present to attempt to influence proceedings. The Brixton-born star hopes London - led by BBL leading scorer Isaiah Reese, the only Lion to make the Team of the Year - can use their recent run of form to secure the trophy.

“My role will not change - I’ll still give my pre-game speech! I’ll keep the guys positive from the bench and give them tips and points on things they may not see,” Robinson revealed. “I’d be doing that stuff if I was playing anyway, so I just want to use my experience to help be the voice of reason.

“[A win] just puts the cherry on the cake, and it’s important to get the young guys involved in a winning culture. It feeds into next season when you enter the new year as a champion, so we are going to try to continue that culture and nurture a particular mindset.”

The Lions will actually be hoping for a double on Sunday, with the women’s side looking to complete a historic unbeaten WBBL season with victory over the Sevenoaks Suns. London are a perfect 33-0 so far this season in all competitions, and will be desperate to secure their place in the record books.

Daily Mirror
One subscription that gives you access to news from hundreds of sites
Leinster still playing catch-up to Toulouse despite even head to head record, says Leo Cullen

The Blues supremo recalls his days as a player against the Top 14 aristocrats, and how Leinster's players wondered if…