Living in a woman’s body: hate has taken hold in India and I am restless with grief

In 1995, the celebrated Indian film-maker Saeed Mirza made a film called Naseem. Set in Agra, a town in Uttar Pradesh, between June and December 1992, it portrays the lead up to the demolition of the Babri Mosque in Ayodhya by rightwing Hindu organisations, led by the Rashtriya Swayamsevak Sangh (RSS). The film’s titular character asks her grandfather why he did not go to Pakistan at the time of partition. He says: “Your grandmother loved the neem tree in the back yard.” In the middle of the partition riots of 1947, when thousands of Muslims were being massacred in India, as were Sikhs and Hindus in Pakistan, Naseem’s grandmother was so emotionally connected to the neem tree, to the mother Earth, that she would rather take the risk of being killed than leave.

One hundred and twenty-five miles from Agra, in Delhi, my father, Haneef Hashmi, also refused to go to Pakistan during the riots. He was a student leader, a freedom fighter, and had spent years in the British jail. He refused to leave India, despite an attack on his family, because he believed in the idea of a diverse, democratic secular country, which was not formed on the basis of religion but on the principles of fraternity, equality and justice.

The most important things I learned during my childhood were compassion, love and, later, rationality. My parents loved kitchen gardening, planting all kinds of fruit trees in our home’s little garden space. When a snake ate our chickens, we all cried for hours.

Years later, in the 90s, hate campaigns started again across India. Today, when asked what story my body wants to share with the world, there is only one answer I can give: the story of the capturing of the mind. To me, the most important part of the body is the mind: not the eyes, not the ears, not the nose, not the vagina, not the bosom. If minds are controlled and polluted, then everything else can be destroyed.

After India attained freedom in 1947, people taught their children the meaning of love, peace, living together, studying, building the nation and working for progress. But those who were opposed to the idea of a diverse, peaceful India kept spreading hatred, targeting and othering sections of the society on the basis of caste, religion, region, sexuality, telling lies a hundred times over until they seemed like the truth. Today, they have captured power; they have captured the minds of a large section of the population and filled it with hatred.

My mind, the most important part of my body, is restless. It is in grief. And it wonders when the people of my beloved country will relearn compassion and how to love others again.

Shabnam Hashmi is a social activist and human rights campaigner 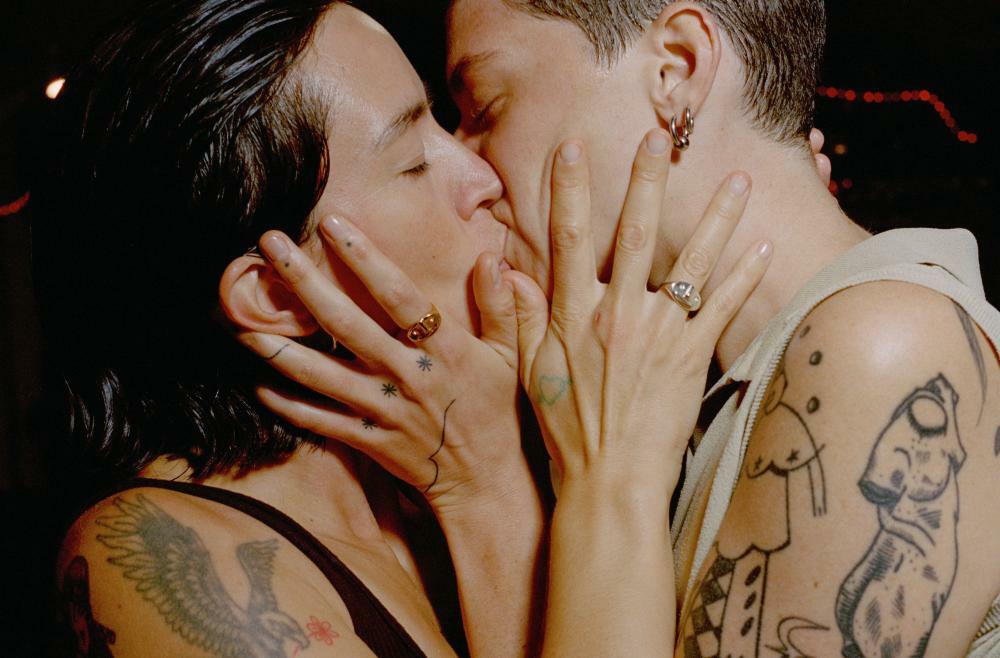 From the heart: 10 photographers on the theme of love
To celebrate Valentine’s Day, photographers including Richard Billingham, Martin Parr and Viviane Sassen share their images of love – of…

The Guardian - UK
One subscription that gives you access to news from hundreds of sites
Notes from home: On a country childhood

Memory, mourning and the importance of family growing up in rural Australia.

Flanked by just bass and harp, the Grammy-nominated, Brooklyn-based Pakistani artist wows Leeds with a pared-down account of her latest…

The Guardian - UK
Israel thinks I only want to make aliyah so I can play basketball. But I just want to come home.

"Every Jew comes to Israel with a plan: yeshiva, university, opening a business, working in high tech. But basketball? That…

The Jerusalem Post
One subscription that gives you access to news from hundreds of sites
From Wordle to Bennifer and Pete Davidson: The dos and don’ts of love according to pop culture

Can pop culture’s biggest moments teach us anything about romance this Valentine’s Day? Kate Ng gleans all the lessons in…