KALYN Ponga is expected to miss Newcastle's next two games but could return this season in a last-ditch effort to claim a Kangaroos jersey.

Since suffering a concussion against the Roosters on July 22, one of multiple this season, Ponga has missed his side's past two games and was again left out for the clash with Brisbane at Suncorp Stadium on Saturday.

The Knights are yet to issue an update on their captain's availability moving forward, but it's understood he will remain sidelined for at least the next two weeks.

Ponga would be able to push his claims for a spot in Australia's squad for the World Cup in October if he returns at club level this year.

He will have been sidelined for five weeks by the time Newcastle face Gold Coast in their second-last game, or six when they host Cronulla in the final round.

The 24-year-old has seen multiple specialists but the Knights are yet to reveal the outcome of those meetings.

"I've seen Kalyn in the last few days and he is in good spirits," Knights director of football Peter Parr told The Courier Mail on Tuesday.

"He says he isn't feeling any effects from the concussions so hopefully it won't be too long before he is back on the field again."

Hooker Jayden Brailey has taken on the captaincy in Ponga's absence and will have the role again in his 100th game on Saturday.

Brailey said his side's win over the Tigers had relieved some pressure at the club after a "tough couple of weeks". He said the playing group had been galvanised by the David Klemmer saga last week, which he thought was evident in the way the side started at Campbelltown.

"It wasn't pretty, but particularly that first half [I was] really proud of how we were, with and without the ball," he said. "What stood out was our defence, and our resolve and our scramble-defence.

"We turned up for each other when it mattered and you could see how much it meant to us ... we showed that Knights spirit that we've been wanting to show."

The dummy-half said while it was a "nice feeling" to get the two points, the team had plenty to work on.

"We've got to do this consistently if we want to be a successful side," he said. "We can't just turn it on one week and turn it off the next."

Brailey, 26, said he would savour his 100th appearance given his injury-disrupted seasons this year and in 2020 when he tore his ACL only two games into the season.

"Always dreamed just to play one game and to play 100 - it's been a roller-coaster, to say the least," he said.

"There's been a lot of ups, a lot of downs, setbacks, but it makes it all worth while.

"It makes me appreciate it more with some of the setbacks I've had."

WHAT DO YOU THINK? We've made it a whole lot easier for you to have your say. Our new comment platform requires only one log-in to access articles and to join the discussion on the Newcastle Herald website. Find out how to register so you can enjoy civil, friendly and engaging discussions. Sign up for a subscription here. 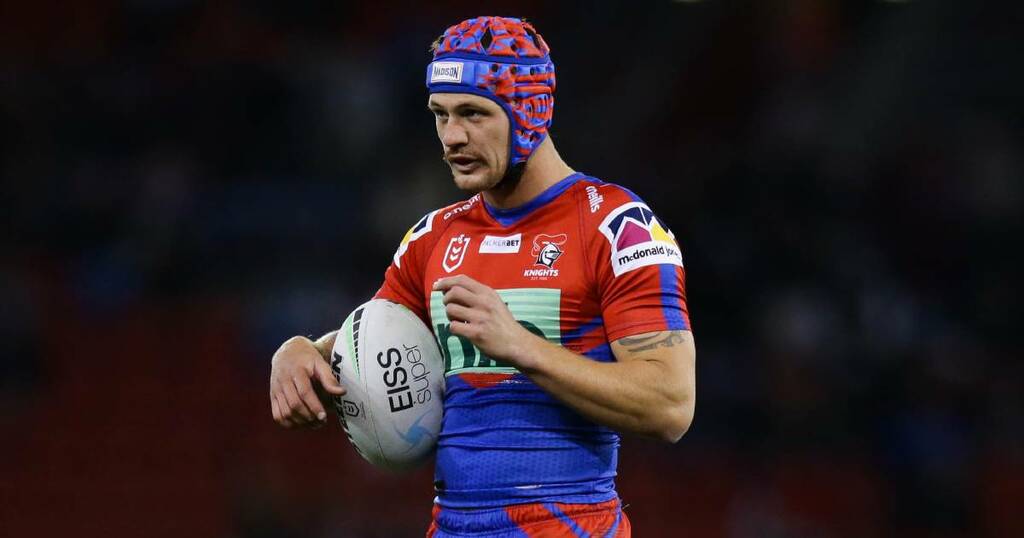 Newcastle Herald
From analysis to the latest developments in health, read the most diverse news in one place.
Why I knocked back the chance to join Parramatta: David Klemmer

The Knights prop digs into a dramatic week in his exclusive weekly Newcastle Herald column.

Newcastle Herald
Klemmer in, Barnett out for Newcastle's clash with Brisbane

The five-eighth has four games left to play with Newcastle.

Newcastle Herald
'We got it done': O'Brien relieved after Knights hold on for nail-biting win

Newcastle held on for a four-point victory at Campbelltown Stadium.

Newcastle Herald
One place to find news on any topic, from hundreds of sites.
Performance anxiety at crux of Knights woe