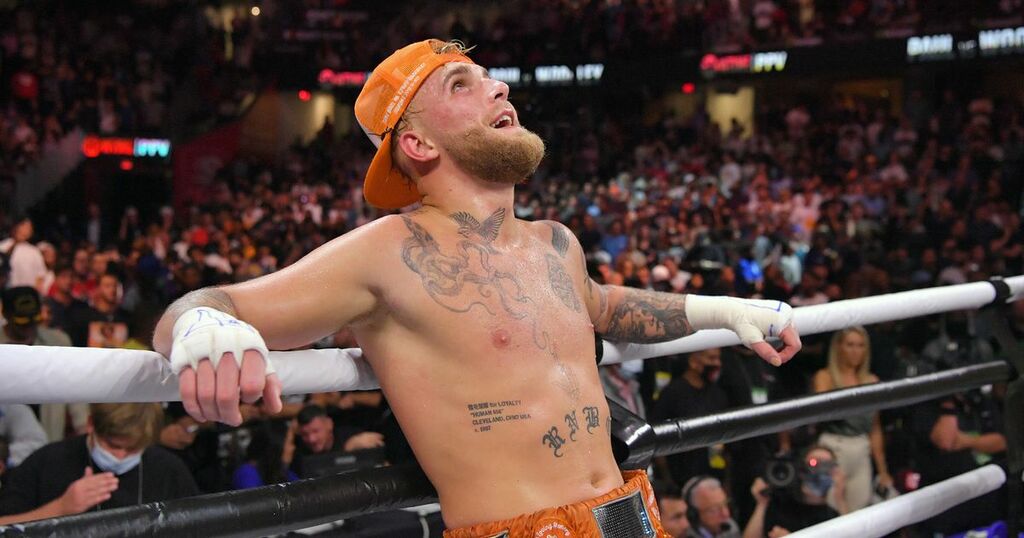 Jorge Masvidal and Nate Diaz could entertain fights with Jake Paul next year as details of the pair's UFC contracts have come to light.

Paul has been planning his next opponent since outpointing Tyron Woodley last month in Cleveland.

The 24-year-old verbally agreed to a rematch with Woodley after the fight, but that has fizzled out and Paul will now turn his attention to other opponents.

Both Masvidal and Diaz are among the names on the list, with the likes of former UFC legends Anderson Silva and Vitor Belfort also being discussed.

And with Masvidal having two fights left on his UFC contract whilst has Diaz just one, both men could be free to compete against Paul in the ring once they see out their current deals.

Paul has become one of the most talked-about names in combat sports in the past year. MMA fighters such as Vitor Belfort, Dillon Danis and Mike Perry have called him out for a fight.

And Paul thinks it's laughable that fighters such as Belfort accuse him of avoiding a fight.

He said on ' The MMA Hour' : "The notion that these MMA fighters think that I'm scared of them or I'm running away is funny. Like guys, I have fought four times in the past two years.

"You can't really fight more than that if you're doing big fights. I'm going back to back to back on these b**** a** MMA fighters. Line them up I will take all of them down. You guys cannot box, I outboxed a five-time UFC champion.

"Vitor Belfort didn't even get close to winning that many championships. The notion that I'm scared, you guys cannot box for s***.

"I just took on one of your best fighters, Hall of Famer and s*** all over him on a bad night with a hyperextended elbow so f*** all of you."

Masvidal was once on good terms with Paul, helping the internet star prepare for his fight with Ben Askren earlier this year.

Things turned sour when Masvidal backed his longtime training partner Woodley to beat Paul, which led to Paul labelling the UFC star as an "airhead".

Diaz took a shot at Paul during his fight against Woodley, tweeting: "These guys both suck".

The UFC fan favourite told Ariel Helwani earlier this year that he would fight Paul in the future.

He said of the fight: "Not at that moment, no. But, at some point for sure.

“Someone needs to tell this guy [Paul] to shut up. You are talking fighting words, it doesn’t make no sense when people do that.

"It is like people talking like that and challenging somebody to a basketball (game). Boxing is just boxing it is only one-piece of a fight. So, someone is going to f*** you up if you don’t watch it.”