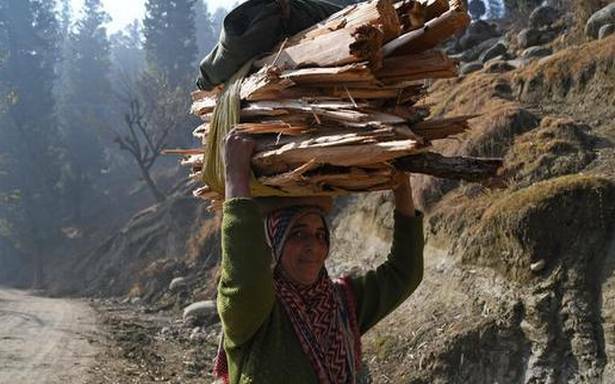 After a long delay, the Jammu and Kashmir government has decided to implement the Forest Rights Act, 2006, which will elevate the socio-economic status of a sizeable section of the 14-lakh-strong population of tribals and nomadic communities, including Gujjar-Bakerwals and Gaddi-Sippis, in the Union Territory.

“After a wait of more than 14 years, due rights have been conferred upon the tribal community by implementing the Forest Rights Act, 2006, keeping in mind the basic spirit of social equality and harmony as guided by the Constitution of our country and Parliament,” J&K Lieutenant-Governor Manoj Sinha said on September 13.

The Hindu Explains | What is Forest Rights Act?

Shahid Iqbal Choudhary, Administrative Secretary, Tribal Affairs Department, described the move as one “that will be written in golden words by the generations to come”.

“It will help in ensuring a dignified life to the tribal population. Tribal people have close ties with forests and sadly there was no legal framework. The move will address the prolonged suffering of tribal people and also ensure forest conservation,” Dr. Choudhary added.

In the past few years, there were growing cases of eviction of tribals from forest land in parts of the Kashmir Valley and Jammu region. The government termed them “illegal encroachers” but the regional parties accused the Forest Department of acting above the law in these cases.

Also read: Comment | With land rights, but no land

According to The Forum for Human Rights in J&K, headed by former Supreme Court judge Justice Madan B. Lokur and former J&K interlocutor Radha Kumar, the Union Territory saw the arbitrary demolition of Gujjar and Bakerwal houses during a forest reclamation drive in contravention of the Forest Rights Act of 2006.

In the latest drive in Shopian on August 3, around 30 FIRs were lodged against encroachers, and seven persons were booked under the Public Safety Act (PSA) in south Kashmir.

However, Mr. Sinha has said the implementation of the Act will empower the tribal community by restoring to them the rights for a better life, while fulfilling the primary needs of water, food, home and livelihood.

“It will certainly change the condition of their lives. They will become self-reliant with access to resources for their development,” the L-G noted.

“It’s a dream come true after 15 long years of struggle. The J&K government has handed over the rights to tribals. On behalf of the Gujjars-Bakerwals, I extend my sincere gratitude to Prime Minister Narendra Modi, L-G Sinha and Dr. Choudhary,” Mr. Rahi said.