'It's not like he invented spray can art': Real artist behind suspected Banksy pub mural revealed 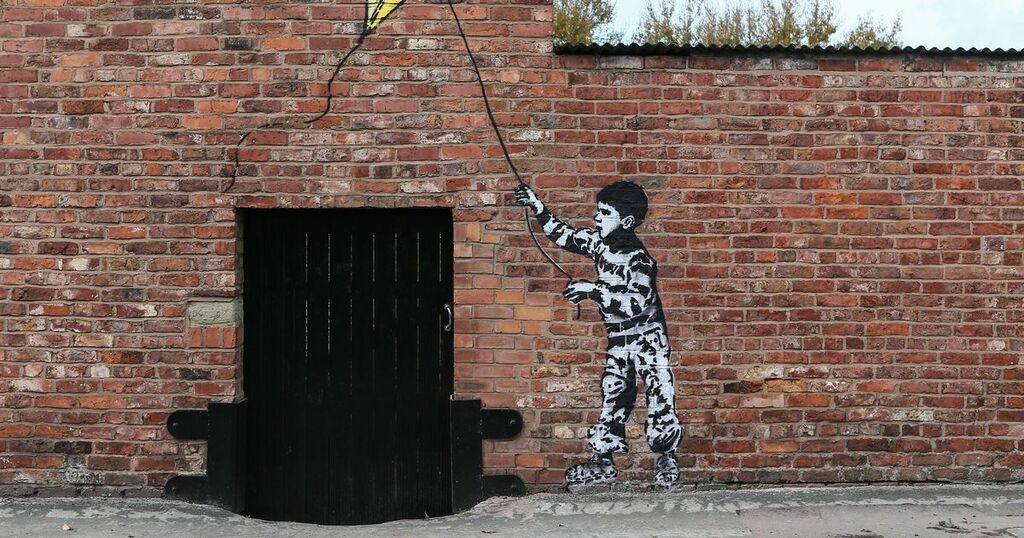 The real artist behind a suspected 'Banksy' on the side of a Greater Manchester pub has been unveiled.

On Sunday (October 10) a mural appeared on the side of The Griffin Hotel, in Heaton Mersey, and speculation built locally as to whether it could be a genuine artwork from the acclaimed anonymous artist.

While the painting is not the work of Banksy, the real artist also remains anonymous and uses a pseudonym - Mr Eggs.

READ MORE : The 'secret sauce' made in Manchester that could change an industry - and the planet

The Salford-based artist said he has 'appreciated' street art for the past 15 years or so but has laughed off the Banksy comparisons.

He told the Manchester Evening News : "That's weird as everyone always puts stencilling down to him. It’s been around for years and it’s not like he invented spray can art.

"There are a lot of good artists out there, but it’s always Banksy who gets any air time and publicity.

"I’m the only person in the world to have smuggled a painting into a Banksy show so I don’t think I’m on his favourites list."

The mural features a young boy, in black and white, flying a yellow kite. The kite also displays an acid house-style face but with sad expression.

Explaining the meaning of the artwork, Mr Eggs added: "The boy is inspired by the sadness of the refugee crisis.

"I know so many people are arriving here with just the clothes on their backs and times are hard here too.

"I know many people have given all they can to try and help but it must be very difficult for families to be broken apart.

"The acid house reference is of course a nod to Manchester and the sadness of so many people here right now, and the mental health issues surrounding our communities whether that be drugs, escaping war or whatever.

"It’s just a very bad few years especially with the people lost at the arena also."

The pub's landlord and owners Joseph Holt both expressed their surprise and confusion at seeing the mural appear on the side of the building.

Mr Eggs claimed that he has since been asked to 'fix' the painting.

"I chose the pub as it’s on my bus route to work and always wondered why no one else had done art there," he added.

"Someone from the pub has sent me a DM (direct message) to go back and fix it but I don’t go back to repair them."

Prints of the mural are being sold by Withington Walls and signed copies are available to buy from their Shopify page.