"It just had to be him!" - Manchester United fans go wild as Cristiano Ronaldo scores on his debut 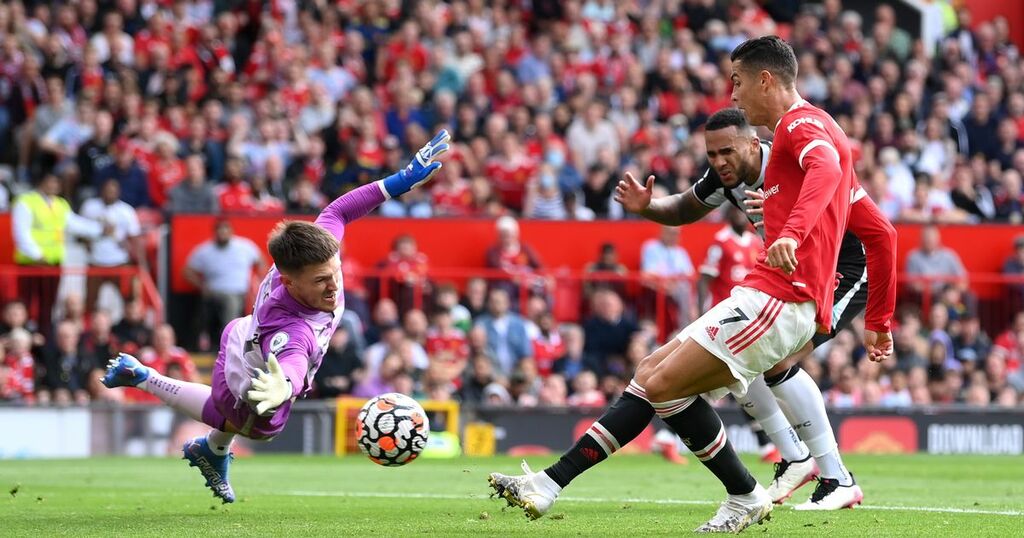 Manchester United fans went absolutely wild as Cristiano Ronaldo opened the scoring against Newcastle in his second debut for the club.

The Portugal and United legend was named in the starting lineup for his first game since signing from Juventus on a two-year contract with Bruno Fernandes, Paul Pogba, Mason Greenwood and Jadon Sancho all behind him.

It was a tight affair at Old Trafford with Ronaldo lively but no real chances until the stroke of half-time when Ronaldo was able to break the deadlock. Greenwood picked up the ball on the right wing and cut inside onto his left foot and drilled a shot towards goal.

The ball took a slight nick off the Newcastle defender and goalkeeper Freddie Woodman could only fumble the strike, allowing the ultimate goal poacher to nip in and tap into the gaping goal.

Ronaldo ran to the corner flag and did his trademark 'Siiuu' celebration with Old Trafford absolutely lapping it up and fans on social media were on top form as the number 7 started his season off with a goal.

Manchester United led 1-0 at half-time thanks to the goal and if they can hold on to the win it will see them move on to ten points from four Premier League games for the season so far, meaning nobody has more points than them currently.