Inside a date with Kanye West: Free racks of clothes and an intimate photoshoot 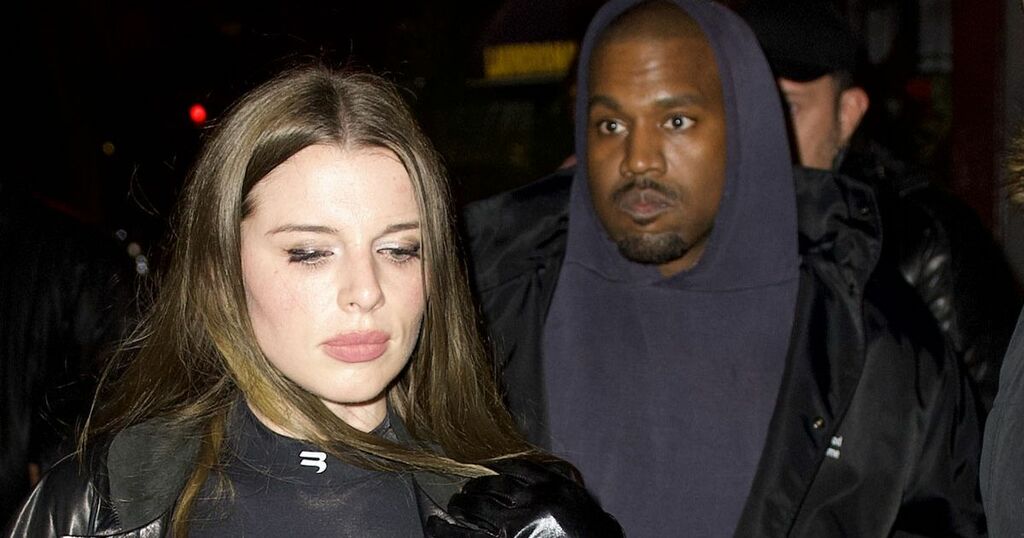 Kanye West clearly doesn't do anything by halves - especially when it comes to his date nights.

The rapper, who now goes by Ye, had been publicly begging his estranged wife Kim Kardashian to take him back after she went public with Saturday Night Live comic Pete Davidson.

But after meeting Uncut Gems actress Julia Fox on New Year's Eve and making an "instant connection", it seems he's pulling out all the stops to woo her.

Julia has opened up about one of their date nights, which saw Kanye surprise her with a whole new wardrobe.

The rapper, who has his own fashion brand Yeezy and famously picked many of ex Kim's outfits, had a photographer on standby as he offered his style tips to Julia.

And despite only meeting a few days ago, they teamed up for a very intimate photoshoot.

In one snap, Julia stands with her back against the wall with her arms wrapped around Kanye's shoulders.

She's dressed in tight low-riding black trousers with the top of her thong on display and a pair of sexy heeled boots.

She's also wearing a black T-shirt and gloves as she leans her forehead against Kanye's while he stands in front of her with his hood pulled up to obscure his face.

A second even more intimate image sees Kanye lying on the floor with Julia on top of him in skinny jeans and a denim-look crop top.

A leather jacket lies discarded on the floor and rails of clothes are in the background, ready for Julia to stage her very own movie fashion montage.

Julia has gushed about meeting Kanye in a piece she wrote for Interview magazine.

"I met Ye in Miami on New Year’s Eve and it was an instant connection. His energy is so fun to be around. He had me and my friends laughing, dancing, and smiling all night," she penned.

Julia said they were having so much fun that they headed to New York City to see a play - Slave Play - together before heading to one of her favourite restaurants, Carbone, for dinner.

And in front of their fellow diners, Kanye directed Julia in a photoshoot, which she says people loved so much they cheered them on.

But the surprises didn't end there, with Kanye whisking Julia off to a hotel suite where racks of clothes were waiting for her.

She said: "It was every girl’s dream come true. It felt like a real Cinderella moment. I don’t know how he did it, or how he got all of it there in time. But I was so surprised. Like, who does things like this on a second date? Or any date!"

A string of snaps showed Julia trying out the many looks Kanye had prepared for her, with him even stepping in to help style her when he was needed.

And it wasn't just clothes he had waiting for her - shelves in the room were filled with designer shoes and handbags just for her.

Julia gushed: "Everything with us has been so organic. I don’t know where things are headed but if this is any indication of the future I’m loving the ride."