In Bolivia, miners sacrifice llamas to appease 'Lord of the Underworld'

Oruro (Bolivia) (AFP) - In a dimly lit mine shaft in Bolivia, a man sharpens two knives next to a table laden with offerings: wine, beer and coca leaves.Waiting nearby are five white llamas.

The woolly animals' blood and hearts are the preferred food of El Tio (The Uncle), a horned deity Bolivian miners believe offers them protection deep in the bowels of the Earth.

Statues of El Tio -- "Lord of the Underworld" -- abound in mines, surrounded by offerings of alcohol and coca leaf, a stimulant the miners chew to get through the long, dark hours underground.

Once a year, miners from the Oruro region, on the high planes of western Bolivia, gather to offer sacrifices to appease El Tio.

He is, they say, a wrathful god.

"We bring the offerings...so that we can sleep well at night, to not have accidents" in the workplace, miner Miguel Valdez, 33, told AFP at one such sacrificial ceremony on Friday.

"If we don't give him this offering, many things can happen."

The miners also believe El Tio controls the abundance of silver, tin and zinc they extract for a living.

Valdez and hundreds of his colleagues looked on as the llamas, blindfolded and their coats decorated with pink ribbons, were pushed into the mine on a trolley to be slaughtered.

To the tune of trumpets, drums and cymbals they danced, sipping from bottles of beer and occasionally splashing some on the ground for the "Earth Mother."

Luciano Alejo, a yatiri, or Andean healer, wielded his knives as miners crouched at the ready with bowls to be filled with llama blood, which some then smeared on their faces.

The hearts -- still beating -- were cut out and placed in larger containers.

A chosen few in the crowd then brought the filled vessels to the lower levels of the mine, to place them before El Tio.With a burning cigarette dangling from his sinister grin, he was dressed in colorful woollen garments and miners' boots.

After the animal sacrifice, the miners set fire to the other offerings they had gathered on large tables, then made a rapid exit as the shaft quickly filled with smoke.

The ritual is performed once a year, in February or March, on the eve of the street parade of the Oruro carnival.One of Bolivia's biggest festivals, it is listed by UNESCO as an "intangible cultural heritage."

The carnival resumed this year after being skipped in 2021 due to the coronavirus epidemic. 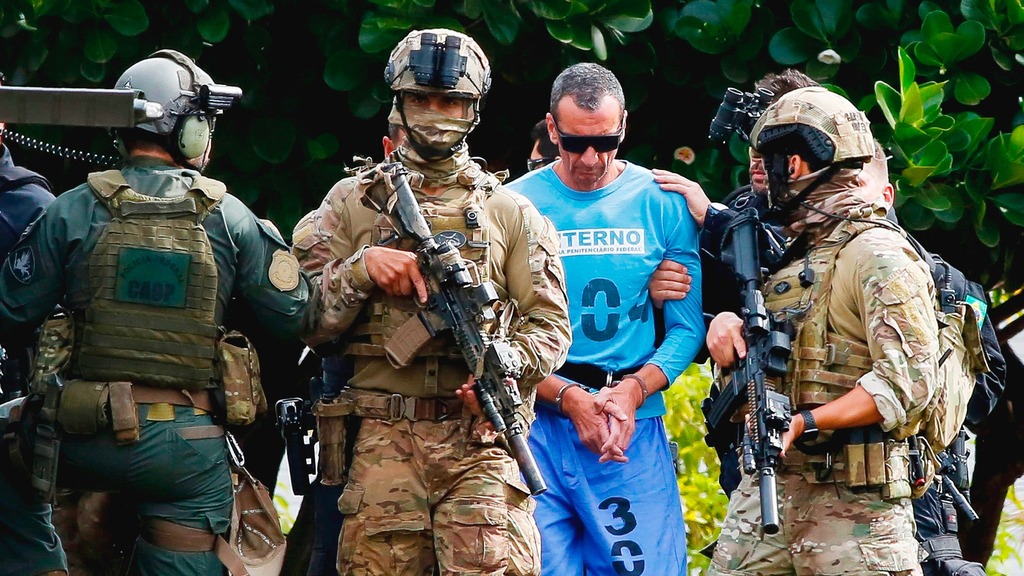 How Brazil’s largest crime syndicate built a global drug empire
A prison gang 30 years ago, the PCC has risen to become one of the world’s most powerful organised crime…

Financial Times
One subscription that gives you access to news from hundreds of sites
Gasparilla 5K the latest of many challenges for Gulf War veteran Terry Beale
ST. PETERSBURG, Fla. — He arrives for breakfast at a diner in St. Petersburg’s Gateway neighborhood bedecked in a black…

Minute-by-minute report: Kepa came off the bench to let in 11 penalties and miss his own to decide a brilliant,…