If the last campaign targeted the quiet Australians, this time Morrison is appealing to the anxious ones

Election campaigns are like kaleidoscopes: when you twist, a different picture comes into view.

As prepoll voting started on Monday, reports started rolling in from across the country about the how-to-vote cards of Clive Palmer’s United Australia party. The UAP was recommending preferencing the Liberals and Nationals ahead of Labor in a number of key marginal electorates – including Bass, Chisholm, McEwen, Reid and Parramatta.

At one level, this potential boost for Scott Morrison’s re-election prospects wasn’t a surprise – did anyone ever think Palmer would try to help a Labor government get elected? But Monday’s reality was measurably different from what the UAP had flagged for months when it said all incumbents would be preferenced last.

By Monday night, Katherine Deves, the Liberal candidate for Warringah – last seen being bundled into a lift to evade the questions of waiting reporters – had also bobbed up on Sky News.

Deves walked back her apology for offensive comments about transgender children. This controlled detonation catalysed another news cycle.

As the perspicacious ABC commentator Annabel Crabb pointed out on Tuesday, Deves has managed to generate a “fakenado of developments” over the course of this campaign, making statements, apologising for them, then fine-tuning the apology – all with an outsized level of media attention given no policy change is in contemplation.

Morrison, who handpicked Deves to run just weeks out from the start of the campaign, has repeatedly defended his Warringah candidate and did so again on Tuesday.

“We’re talking about gender reversal surgery for young adolescents and we can’t pretend this is not a serious, significant issue,” Morrison told reporters. The prime minister was entirely untroubled by the factual inconvenience that you have to be over 18, and therefore an adult, to get the procedure.

I know there has been well-founded disgust for some weeks about Morrison’s performative punching down on a vulnerable community just to generate a slice of campaign outrage sufficiently potent to cut through the noise of a contested election. So what I’m about to say next is diagnostic – it doesn’t condone political dog-whistling.

To understand the strategy (and there certainly is one) we need to be clear and candid about prime ministerial methodology. The trans community might be victims of this crass, confected, imported, culture war – but that community isn’t the prime minister’s target.

What Morrison is trying to execute with this entirely engineered conversation is narrowcasting to parents troubled about the shifting cultural and social mores their kids are coming of age in.

Morrison researches everything, but he doesn’t need a focus group to tell him how anxious parents think because, fundamentally, he is one of those parents. That’s why we are stuck in this campaign cul-de-sac.

If the last campaign was about the quiet Australians, Morrison desperately wants this one to be about the anxious ones.

The prime minister wants to style himself as the champion of all anxious parents, and most particularly, the anxious parents currently contemplating a protest vote against his government – which brings us back to Palmer and how-to-vote cards.

Some of Morrison’s anxious parents are religious or socially conservative. And some of the people he’s targeting with this who will think of our vulnerable children in an age such as this messaging happen to live in the suburban electorates where Palmer preferences just might help Liberals to either hold or win seats.

This is not a cost-free strategy, of course, and the cost (apart from the wellbeing of the trans community) could be a number of Liberal moderates in the so-called “teal” inner-city seats. But Morrison is no help to these moderates anyway – he’s irredeemably toxic for their campaigns – and it is now clear the prime minister is trying to hold on to government by gaining seats in the places where old mate Clive is helping.

Looping back to our campaign kaleidoscope, a couple of other things were visible on Tuesday. Morrison appeared in Sydney for his hustings event with the New South Wales premier, Dominic Perrottet. The premier evidently felt absolutely zero pressure to give the prime minister any political comfort.

Perrottet, who is one of only two Liberal premiers left in the country, professed support for shared equity housing affordability schemes despite Morrison labelling Labor’s policy a “forced to sell” scheme. The premier also did little to paper over differences with Morrison when it came to anti-corruption bodies.

What Tuesday’s gritted-teeth Liberal tableau reinforced is this: if Morrison is going to find the goat track to win this election, he’ll be doing it alone.

His treasurer, Josh Frydenberg, is pinned down in his Melbourne seat trying to hold on, and evidently worried enough about his prospects to be actively differentiating himself from the prime minister he once bunked in with at the Lodge. Perrottet certainly isn’t going to be furnishing any glowing endorsements.

Morrison won’t mind the lack of kinship at a psychological level because he possesses other deep comforts – and temperamentally he’s a command-and-control sort. He’s also found the necessary electoral goat track solo before.

But there was a significant contrast with Anthony Albanese’s hustings event on Tuesday. The Labor leader has now been endorsed by the still popular Mark McGowan, and the newly minted South Australian premier, Peter Malinauskas, as well as Annastacia Palaszczuk and Daniel Andrews.

Albanese did manage to get himself in another rhetorical tangle, this time about whether or not he’d support an increase to the minimum wage in theory or in practice. But Andrews was so enthusiastic about his character endorsement that the federal Labor leader had to cue him to move aside so he could have the microphone.

“Every federal dollar that Victorians get from the miserable Morrison government … we ought to bow our head and treat it like it’s foreign aid,” Andrews thundered.

“We have been ripped off by this Liberal-National government. Anthony Albanese is about building things. He’s about partnership. He’s about creating jobs. He’s about making sure that our cities and regions, our nation, actually works.”

Institutional Labor is rallying across the country to change the federal government. If Labor can generate the kind of national “it’s time” swing that published opinion polls are currently tracking, then this contest is already over.

But Morrison’s narrowcasting speaks to a more bespoke campaign: one where the next government of Australia will be decided after a mud-fight in a handful of marginal seats, and one where the result ultimately turns on the sentiment of anxious Australians – the voters who the prime minister has been courting almost exclusively since he fired the starter’s gun four weeks ago. 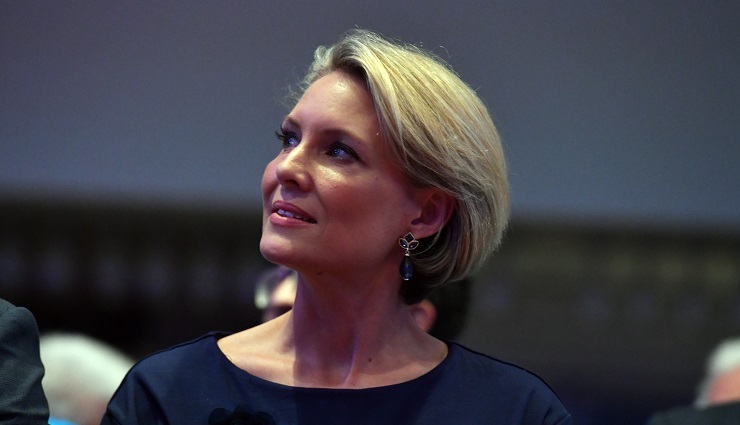 Crikey
One subscription that gives you access to news from hundreds of sites
Why aren’t Morrison’s campaign tricks working?

Honed in elections in the US, UK and Australia in recent years, the PM’s campaign tactics look much less effective…