The Abortion Pill Can Be Used Later Than the FDA Says

The “abortion pill” is a bit of a misnomer. Known formally as medical or medication abortion, it is really two separate drugs—mifepristone, which stops the pregnancy from progressing, followed by misoprostol, which triggers uterus contractions—that together mimic what happens in a miscarriage. And so, in the early days of at-home medication abortion in the 1990s in the U.K. and Sweden, doctors looked to this parallel to establish a cutoff for its use: nine weeks, when a miscarriage is also typically managed safely at home. Over time, however, the line has slowly shifted later into pregnancy.

When the U.S. finally approved medication abortion in 2000—much delayed because of political controversy—the FDA allowed only self-managed abortions up to seven weeks and did not extend to 10 weeks until 2016. Since then, though, international consensus has shifted with new data. The World Health Organization now recommends 12 weeks, or the end of the first trimester, as the cutoff for self-managing a medication abortion. “The FDA label is lagging behind what the science says,” Heidi Moseson, a researcher at Ibis Reproductive Health who has studied the issue internationally, told me. And in practice, women are using these pills even later in pregnancy. In countries where abortion is or until recently had been illegal, such as Mexico, Argentina, Ecuador, and Chile, activists have for years helped women self-manage medication abortions in the second trimester up to 24 weeks. Different stages in pregnancy just require different doses of the drugs.

The odds of needing to see a doctor—say, because the placenta was not completely expelled—do tick up later in pregnancy. These complications are very treatable because they are treated exactly as doctors would an incomplete miscarriage. Clinically, the two are indistinguishable.

But in U.S. states with restrictive abortion laws, women have been prosecuted when seeking follow-up care after ending pregnancies with pills ordered online. Outcomes will get worse if women are too afraid to go to the hospital for complications or if doctors refuse to treat them. At the same time, with more states banning abortion, the pills may be the one remaining option for women determined to end pregnancies. The U.S. is only going to see more self-managed medication abortions, and more later ones in the post-Roe era.

First-trimester medication abortions in Sweden can be managed at home, but second-trimester ones are managed in the hospital because they can take longer, can be more painful, and are more likely to require a surgical procedure to completely empty the uterus. In the second trimester, the fetus and placenta are simply bigger: A fetus at 10 weeks is the size of an olive, at 20 weeks the size of a banana. The placenta almost triples in weight. A small number of cases in the second trimester—less than 1 percent—might involve bleeding heavy enough to require a transfusion. On the whole, medication abortion in the second trimester is “extremely safe” with appropriate care, Gemzell Danielsson told me. It is much safer than techniques women have resorted to in the past, such as using coat hangers and bleach. Moseson, the researcher at Ibis, points out that it’s safer than childbirth.

In countries where abortion was illegal, though, women have been self-managing second-trimester medication abortion for a long time, too. Moseson has worked closely with activist groups in Latin America to document outcomes. Due to the sensitivity, “in many cases, we were securely transferred photographs of records,” she told me. In some, they even did physical handoffs. Out of 318 self-managed medication abortions at 13 to 24 weeks in the study, 76 percent were completed without any further medical intervention. For pregnancies before 12 weeks, that proportion is closer to 95 percent. All of the patients in the study who needed care got it without legal repercussions, despite various abortion restrictions in the countries. Overall, 95 percent of patients were able to end their pregnancy as they wanted. (The other 5 percent needed another medication abortion, continued their pregnancies, or did not follow up.) Moseson reiterated that medication abortion is very safe with the right health care.

But in the U.S., access to that care is not always a given. Not only is abortion being banned—with laws that punish doctors—but it is in some cases being criminalized, with law enforcement prosecuting women, especially for ending late second- and third-trimester pregnancies. Since 2000, more than 60 women have been prosecuted for self-managed abortions or miscarriage, according to Jill Adams, the executive director of If/When/How, a reproductive-rights group that is studying these cases. The charges have included murder, drug possession, and failure to report an abortion. And it’s not just pregnant women themselves who are at legal risk: In Pennsylvania, a mother went to jail after purchasing online abortion pills for her pregnant teenage daughter.

In all the cases Adams could think of so far, the charges were eventually dropped, lessened, or overturned by a judge on appeal. “But by that point, someone’s life may have been upended,” she says. She pointed to the case of Purvi Patel, an Indiana woman sentenced to 20 years for feticide and child neglect after police uncovered text messages to a friend about abortion pills. Her conviction was overturned, but only after she’d spent three years in prison. Doctors may not be able be able distinguish between a medication abortion and miscarriage based on medical information, but law enforcement can try, casting a wide dragnet for clues about a person’s intent.

In 2020, a 15-year-old girl and her mother came into the New York City health center where Miranda Loh, who specializes in adolescent medicine, was then working. The girl had taken abortion pills she’d bought online to end her 15-week pregnancy five days earlier. Now she was in pain, with an umbilical cord protruding from her vagina. She was one of the patients who needed a surgical abortion to complete her second-trimester medication abortion. The procedure was entirely routine at that hospital, and she went home with antibiotics within 24 hours. Without this care, though, it could have turned into “a serious infection that could absolutely be life-threatening,” Loh told me.

“I think the biggest risk and threat that people face now that are seeking self-managed abortion, or abortion of any kind, is criminalization,” she added. In New York and in 2020, the girl and her mother could come to the hospital for care after an incomplete medication abortion. In much of the U.S. now in 2022, women may very well fear that’s no longer legally safe. 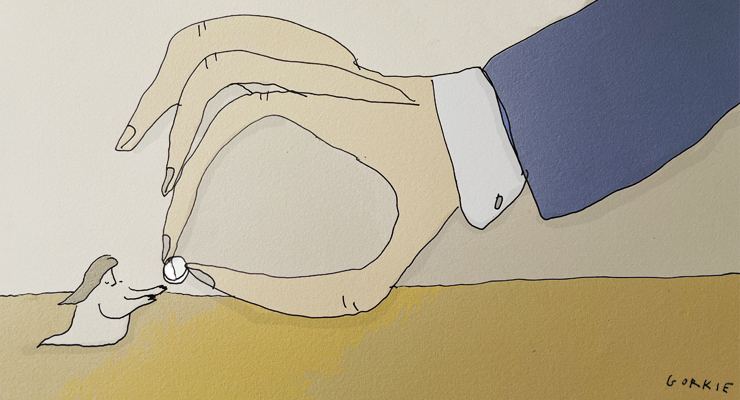 Abortion drugs are overpoliced, underprescribed and can be used later than Australian regulations allows
The draconian regulation of these safe, effective drugs is a hangover from an anti-abortion ’90s government.

Crikey
One subscription that gives you access to news from hundreds of sites
Can the FDA Stop States From Banning Abortion Pills?

The FDA could work with the Department of Justice to sue states over mifepristone bans. But should it?