How do you know when someone is growing large quantities of cannabis?

HOW do you know when a shed or property is being used to grow large quantities of cannabis?

A covert investigation into a sophisticated cultivation and supply ring operating out of a Beresfield industrial estate, a Belmont house and a property at Vacy used four listening devices, as many video surveillance devices and two tracking bugs to get an insight into what was going on inside a large shed.

But a quick check of the electricity usage could have confirmed suspicions, with the power bill at one shed at Beresfield more than doubling per quarter due to the hydroponic systems working around the clock.

Two men - Ronald Hugo and Jason Paul St John - have pleaded guilty to their roles in the operation and will be sentenced in Newcastle District Court later this year.

A third man, 48, who was the initial target of the Port Stephens Hunter Drug Unit investigation labelled Strike Force Jinker, will next appear in Newcastle Local Court next week.

He has not entered pleas to charges of cultivating and supplying commercial quantities of cannabis.

It was June last year when police began investigating the 48-year-old over his alleged involvement in the cultivation and supply of cannabis. The man had purchased an industrial shed at Babilla Close, Beresfield in 2017 and police began using a number of listening and tracking devices to monitor the 48-year-old's movements.

Police say they were watching on a number of occasions when the 48-year-old attended the shed and harvested or tended to large quantities of cannabis inside.

Also spotted at the shed on at least one occasion was Mr Hugo, 68, and police were watching as he helped harvest cannabis.

On September 20, police had seen enough and after watching Mr Hugo tend to the plants they arrested him as he walked to his car.

Inside the shed they found three rooms being used to grow cannabis and 3.8kg of cannabis head. It was a sophisticated operation with air conditioning units, heat lamps, charcoal filters and pumps. After raiding the Beresfield shed, police went to a house at Belmont where they were waiting as St John pulled into his driveway.

When he saw police he turned around and drove away but was stopped 300 metres down the road and arrested. Police found 1.2kg of cannabis stuffed into a Tooheys New carton and 84 cannabis plants being grown hydroponically at the house. 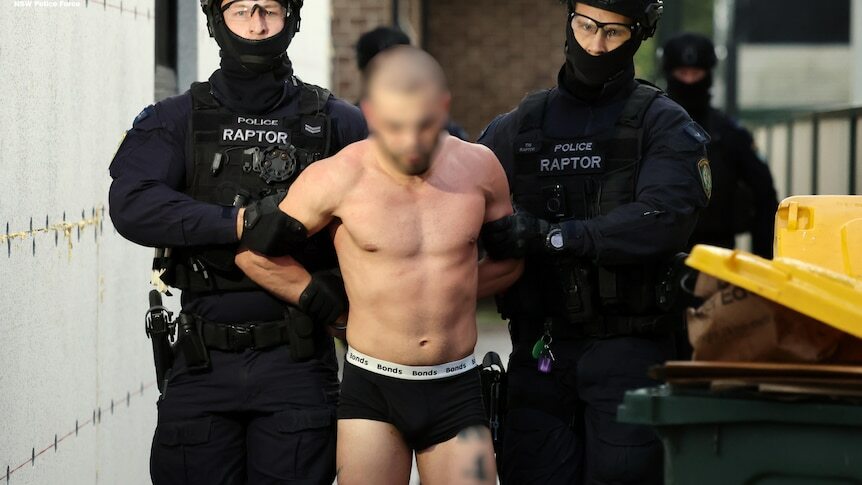 The group, which was led by brothers Elegantin and Klerdi Alcani, was responsible for producing and selling large quantities of…