RED VINEYARD (2:45) can bear fruit for Team Muir & Grassick in the London Gold Cup at Newbury. The three-year-old wasn’t particularly fancied ahead of his debut in a Ffos Las maiden in September. However, he looked a nice prospect when comfortably accounting for the useful Ladypacksapunch . The colt then found Group 3 company too much when only sixth behind Light Infantry at Newbury. The son of Slade Power bounced back with a smooth defeat of Al Kareem on his return at Sandown. That was a strong contest so this pacey type can deny some promising rivals under Tom Marquand.

HIERARCHY (1:35) can take control for Hugo Palmer in a tricky renewal of the Carnarvon Stakes. The sprinter built on some good efforts when chinned by Wings Of War in last year’s Mill Reef here. The colt put in another decent shift when sixth in the Breeders' Cup Juvenile Turf Sprint at Del Mar. The three-year-old looked better than ever when chasing home Go Bears Go on his return at Ascot. The son of Mehmas will be fighting fit so he can resume winning ways for his thriving connections.

ESHAADA (2:10) can make her class tell for in-form Roger Varian in the Al Rayyan Stakes. The filly stayed on the upgrade when just denied by Loving Dream in the Ribblesdale at Ascot. She then did too much, too soon when bombing out in the Yorkshire Oaks on the Knavesmire. The three-year-old atoned by outbattling Albaflora in Group 1 company back at Ascot in October. There is plenty more to come from this strong-traveller who can pick up exactly where she left off.

BAAEED (3:20) can continue his relentless rise for William Haggas in the Group 1 Lockinge Stakes. Unraced at two, the colt made up for lost time by landing his first three starts in tremendous style. The four-year-old shrugged off a promotion to Group 3 level when routing El Drama at Goodwood. He then bagged his first Group 1 when hammering Order Of Australia in the Moulin at Longchamp. The son of Sea The Stars added the QEII at Ascot to his CV by outbattling the brilliant Palace Pier . The superstar miler retains plenty of scope so he should power to yet another top-level triumph.

NASHWA (4:30) can land the Haras De Bouquetot Trial Stakes with the minimum of fuss. John Gosden’s horse oozed class when hacking up from Wonderful Times over a mile at Haydock. The filly rates a sure-fire improver up in trip so she can easily book her place in the Epsom Oaks.

Andrew Balding is flying at present so I’m on NOTRE BELLE BETE (5:05) in the lucky last. The grey put in a personal best on Turf when a creditable third to Cap Francais at Newmarket. The gelding is open to plenty of progress for his current yard so he can land this weaker event.

GROUNDBREAKER (1:50) looks above-par for Team Balding in the Fairway Stakes at Newmarket. The colt signed off for 2021 with an excellent second to the talented Royal Symbol at Kempton. The three-year-old opened his account by slamming Surrey Knight on his Turf bow at Doncaster. The son of Oasis Dream has a bright future so he can take the step up to Listed level in his stride.

The Kingsclere Ace can also take the Birketts Llp Handicap with SHINE SO BRIGHT (3:00). The six-year-old appeared to be on the wane with a string of lacklustre efforts last season. However, he silenced his critics by routing Wizard D'amour on his return over track and trip. The gelding remains well-treated on his peak form so he can see off his old rival once again.

The Tru7 Handicap is as trappy as ever but I’m backing Team Varian’s LIR SPECIALE (2:25). The sprinter caught the eye when second to Morag McCullagh on debut at Kempton in March.

He improved again when third to Nationwide in another warm novice at the Sunbury venue. The colt put those efforts to good use when bolting up from Flying Secret on Turf at Doncaster. The three-year-old looks potentially Group-class so he can get the better of some exciting foes.

PAWAPURI (4:10) can maintain William Haggas’s terrific run in the novices’ contest. The filly will relish tackling 1m 4f after her game fourth behind Voodoo Queen at this venue.

Clive Cox has hit top gear so I’m going for GET IT (5:20) in the Festival Of Suffolk Handicap. The four-year-old returned to form with a cosy defeat of Airshow on his comeback at Bath. The speedster still lurks on an inviting mark so he can follow up in a slightly stronger contest.

SANDBECK (4:10) can take control for Ed Bethell in tomorrow’s Premier Handicap at Ripon. The filly showed class and guts to deny Crush And Run on her recent return at Nottingham. The speedster looks open to plenty of progress so she can strike again back over six furlongs.

FRANZ (3:10) is the name to remember in the competitive Goodbyeflys Handicap. Kevin Ryan’s charge was unlucky to encounter the progressive Nicholas George at Redcar. The colt is nicely unexposed over 1m 2f so he can gain compensation on the faster going.

BENADALID (3:40) can enjoy his fifth win at this track for shrewd Charlie Fairhurst. The gelding returned to form when second to the upwardly mobile Matchless at Doncaster. That race is working out well so this tough type can go one better back at his favourite venue. 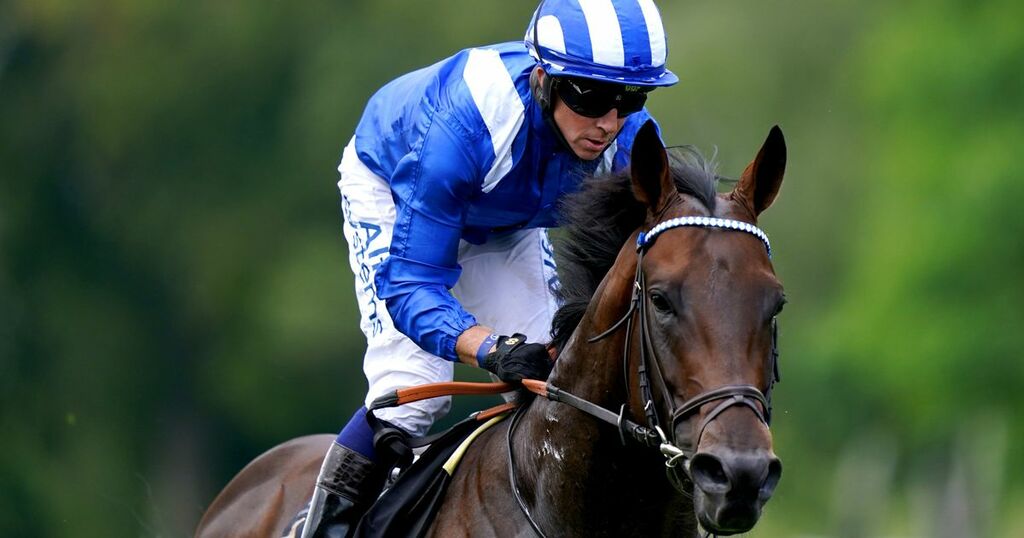 Saturday horse racing tips: Five favourites to take on at Newbury, Newmarket and Bangor
Lockinge favourite Baaeed is the star of the show at Newbury. He is expected to remain unbeaten and justify his…

Daily Mirror
One subscription that gives you access to news from hundreds of sites
Horse racing tips and best bets from Ripon, Stratford, Naas and Killarney