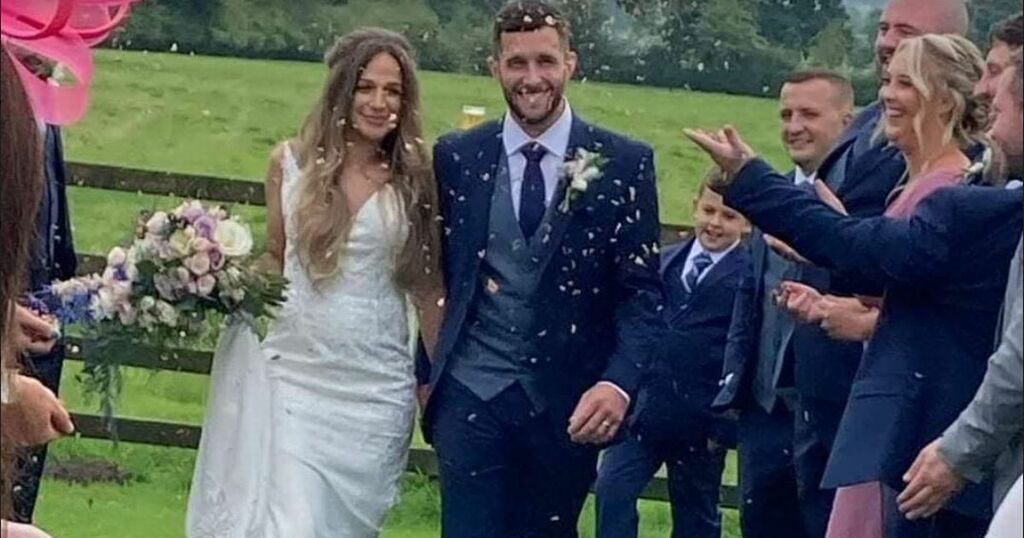 A newlywed couple has said they've been left heartbroken after money went missing from cards on their wedding day.

Michael and Cherie Callaghan, from Haslingden, near Bury, who tied the knot on August 8, claim that approximately £1,600 was taken from cards given as gifts for their special day.

Lancs Live reported that Cherie said she was partying when the alleged theft is said to have taken place, and added that the incident has cast a ‘dark cloud’ over their special day.

“When we got home we were going through the cards and half of them had money taken out.

“I’m supposed to be looking back at the day really excited and happy, but I’m not anymore.

“I spent the first few days of the honeymoon crying my heart out.

“It’s the perfect day, we’d been saving for years - it cost an absolute fortune, and this has just put a dark cloud over it. We just feel really hurt.”

Cherie added that they had to call some of the 130 guests during their honeymoon to the Lake District to ask how much they had put in their cards to determine how much had gone missing.

The couple, who have two children, Tia, seven, and Darcie, five, had been planning their wedding for two and a half years.

Cherie, a veterinary nurse, said she doubted the event would actually go ahead due to lockdown, but she was pleased when restrictions were lifted two weeks before the big day.

She said: “It’s not been the greatest experience. I did lose heart for a bit.

“We booked it two and half years in advance, so during lockdown I thought ‘it’s not going to happen, is it’, but the spark came back two weeks before when they said you can dance at your wedding - we booked a llama at the last minute.”

Lancashire Constabulary said the incident had been reported to them and is under investigation.

For crime and court news in your area sign up for email alerts here.