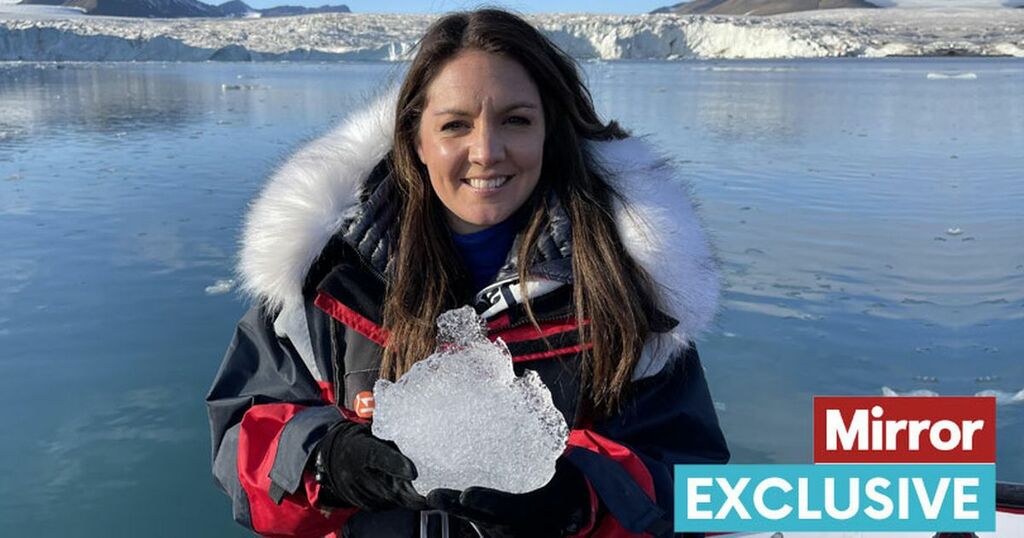 Laura Tobin, the GMB weather presenter, is this week reporting live from the Arctic, where she has an armed guard to protect her from polar bears.

Laura, 38, and her team are in Svalbard, an archipelago between mainland Norway and the North Pole, to highlight the impact of global warming.

ITV said meteorologist Laura was being “accompanied at all times” by a guide, who will fire flares if any bears get too close as she travels by boat and foot through the area.

Increasingly, polar bears are going hungry as diminishing sea ice makes it hard for them to hunt seals.

Laura said: “I’m excited to see the stunning landscape in a once-in-a-lifetime trip, but sad to face the reality of the impacts our actions are having on our planet.”

Since the 1970s, average winter temperatures in Svalbard have risen by 7.7C, from minus 15.9C to minus 8.2C, reducing its glaciers by half.

The Norwegian Polar Institute estimates that in 20 to 40 years the Arctic Ocean will be ice-free in the summer.

It is thought that in 20 years it will be possible to sail to the North Pole.

Laura said: “Climate change is happening now. The impacts and extreme weather are getting closer and closer to home. The Arctic is one of the main drivers of the weather in the UK.”

The expedition will be the longest Laura has been apart from daughter Charlotte, four.

Laura said: “I’ve recorded six bedtime stories for her, but it’s important for me to bring you the reality of climate change.”

Neil Thompson, editor of GMB, which draws 5.6 million viewers every week, said: “Bringing GMB live from a glacier is no mean feat and Laura Tobin is just the lady for the Arctic job.”