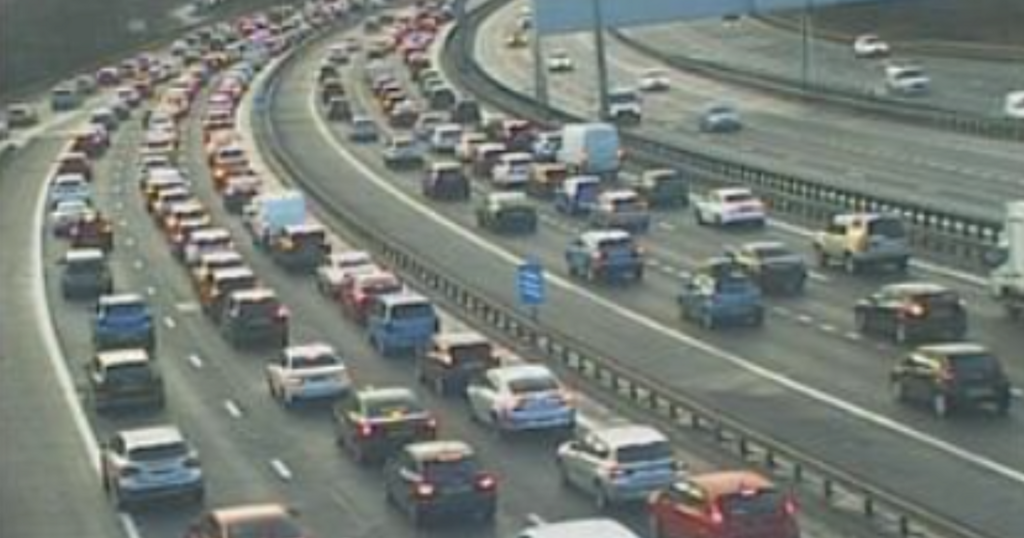 Glasgow drivers are facing lengthy delays on the M8 motorway after it was forced to close amid an ongoing incident.

All motorway traffic is being held westbound after Junction 22 (Plantation) following the incident, which took place between J23 (Dumbreck) and Junction 24 (Helen Street).

Traffic Scotland initially reported a multi-vehicle crash when they issued an alert around 2:20pm this afternoon via Twitter, however the nature of the incident remains unclear.

They advise Glasgow drivers to consider an alternative route and allow extra time for their journeys.

An update, issued at 3:20pm, is advising of delays for drivers of around 45mins from Junction 19 and J1A of the M74, with heavy congestion also reported northbound on the non-trunk Dumbreck Road.

One social media user took to Twitter to say the motorway currently resembled "a car park".

A Police Scotland spokeswoman said: "Emergency services are currently in attendance at an incident on the M8 near to Junction 23 westbound, Govan, Glasgow, to which police were called around 2.05pm today, Sunday, 9 January, 2022. No further details at this time.

"The M8 westbound is closed prior to Junction 23 and traffic is being diverted via at the M8/M77 junction. Local diversions are in place."