Girl, 8, gets groundbreaking sight-saving treatment - but 10-year-old brother misses out 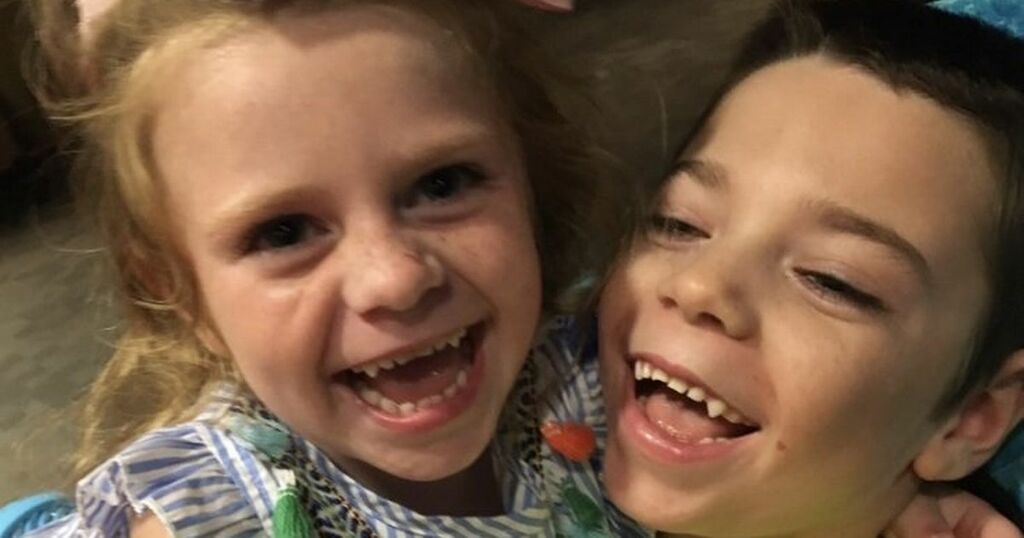 A family has spoken of their joy after their eight-year-old daughter became the first in the world to receive a sight-saving treatment.

But their delight has been tempered by sadness for their 10-year-old son, who has been refused the same chance.

Amelia and Ollie Carroll, from Poynton near Stockport, both have CLN2 Batten disease - a life-limiting condition which eventually leads to blindness.

READ MORE: "You will be f****** next": He held a knife to his own neck - and then turned it on his girlfriend as she held their baby

At Great Ormond Street Hospital, Amelia became the first child in the world to receive an enzyme treatment directly into the eye.

The young history maker has responded 'perfectly' to the treatment, which is a clinical trial, Cheshire Live reports.

Parents Lucy and Mike are relieved that she has undergone the treatment and grateful for the huge fundraising effort that made it happen - but have spoken of their regret that Ollie was not able to get it in time to save his sight.

Lucy said: “We are so thankful that Amelia has been given this chance.

“Our only wish is that it could have come sooner for our precious little boy.

“Amelia being the first child in the world to receive this treatment was nerve racking, it was still a huge decision to hand over our precious little girl not knowing how the procedure would go.

“Thankfully it went perfectly, Amelia was so brave and was back on the ward playing with her ‘babies’ unaware that she had not only made history but that she had also created so much hope for so many families across the globe.”

The couple’s three other children do not have the condition but Ollie is affected more significantly than Amelia because as the older child he was diagnosed at a greater age.

Having the heartbreak of watching him go blind made Mike and Lucy determined not to let the same thing happen to their daughter.

So they approached Great Ormond Street who offered to set up a treatment programme but estimated the cost was £250,000.

A huge campaign by family, friends and other supporters raised the money as part of the Ollie’s Army charity.

These included extreme athlete Carl Thomas who ran a marathon distance whilst pulling an plane, Mike’s tradesmen colleagues and celebrities such as footballer Kyle Walker and Coronation Street’s Tina O’Brien.

Other families whose children needed the treatment joined the campaign and in June last year the money that was needed for the programme had been raised.

The next month Amelia became the first patient in the world to receive this treatment.

It is now hoped a body of evidence can be built up to allow the treatment to be made available to more children.

CLN2 Batten’s disease is caused by a change in a gene that is responsible for making specific enzyme in the nervous system.

It causes a gradual decline in the ability to walk, speak and see, as well as progressive dementia. Life expectancy without treatment is 10-12-years-old.

Mike said: “Hearing the words that your child has a life-limiting condition is every parent’s nightmare, to then find out that is will happen to not just one but two of your beautiful children is utterly devastating.

“We had to make a decision to either accept what was happening or to fight with everything we have.

“We cannot begin to put into words how incredible our team is at Great Ormond Street.

“The support from our family, friends and Ollie’s Army has been incredible, as soon as people heard what we were up against they jumped on board.”