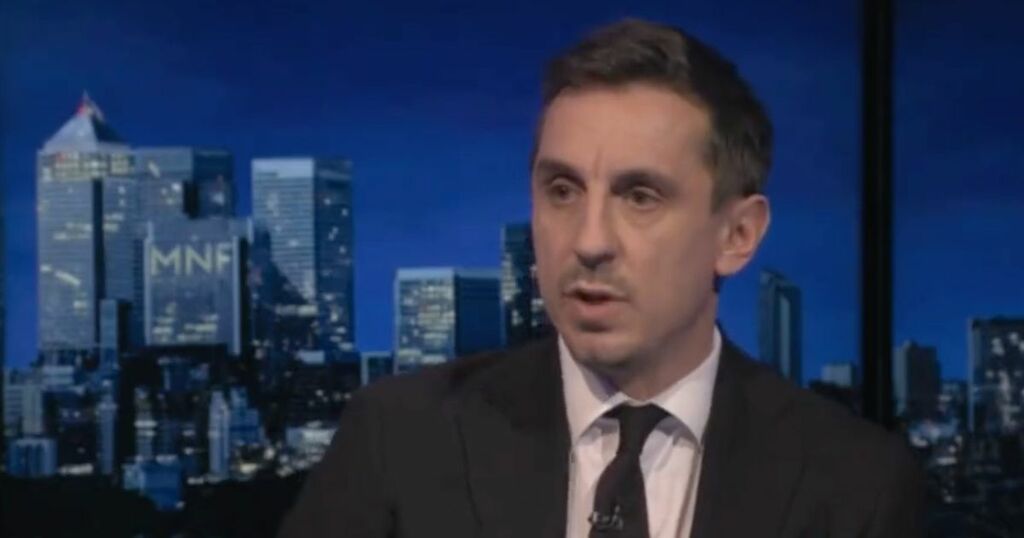 Mikel Arteta’s side have reportedly asked for their tumultuous contest against Antonio Conte’s side to be called off.

The Spaniard is currently missing 12 players through injuries, suspensions, positive Coronavirus tests, and the Africa Cup of Nations.

He could also be without even more of his stars, as they are also awaiting the results of further tests.

However, an adamant Neville slammed their request, believing the Gunners are in a position to put together a team.

HAVE YOUR SAY! Should Premier League and EFL clubs be forced to deploy their academy and reserve sides to avoid postponements? Comment below

“I honestly believe that all teams, not just in the Premier League but the EFL now must be made to play their fixtures,” he said before Brighton and Hove Albion's match against Crystal Palace.

“We can’t be calling fixtures off. If it was purely down to Covid and extraordinary circumstances where there were 10 or 15 players out [it would be acceptable].

“But, we’re now talking about teams in the last few weeks where there’s no doubt they've been calling games off whether they think they’ve got the best squad or best team to win a game.”

Arteta’s side lost Granit Xhaka to a straight red card in their 0-0 draw away to Liverpool in the first leg of their League Cup semi-final.

He could also be without Cedric Soares and Bukayo Saka, who both suffered knocks in the clash against Jurgen Klopp’s side.

Martin Odegaard is also undergoing a period of isolation having tested positive for Covid before the clash at Anfield, while the likes of Nicolas Pepe and Thomas Partey are away on international duty.

While he did not directly demand the match to be cancelled, Arteta said he was very nervous about the possibility of losing even more players.

“I don't know, it's difficult to say that with total honesty without assessing our players, but what is today very unlikely, tomorrow is likely to happen,” a tentative Arteta said in his pre-match press conference.

“It's gone the other way for us when we were ready to play a match and it was cancelled twice because the other team had issues so it can go both ways. But our intention is always to play.”

Burnley ’s home clash against Leicester City became the 19 th Premier League match to be cancelled since the 12 th December.

Sean Dyche’s side have come under intense criticism, due to the fact that they requested the postponement just days after selling Chris Wood to Newcastle United for £25m.

And Neville believes Premier League sides have more than enough players to contest matches, even if they do possess a sizeable list of absentees.

“It’s got to stop. That’s not a dig at Arsenal, I should have spoken three or four weeks ago,” Neville added.

“Manchester United, other teams, have got 30-40 players in their squad.