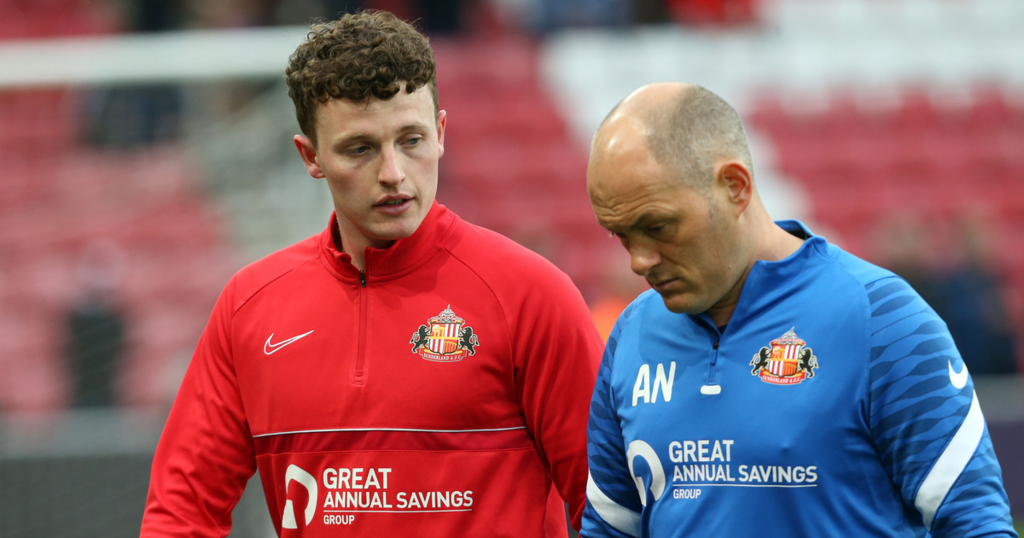 Sunderland take on Wycombe in the play-off final next weekend, and fit-again Nathan Broadhead is likely to be in contention

Wycombe boss Gareth Ainsworth has pipped play-off final rival Alex Neil to the League One Manager of the Month award for April. The pair, who will go head-to-head in the dugout at Wembley a week tomorrow, were both nominated for the award after ending April with near-identical records.

Both Sunderland and Wycombe collected 17 points from seven games in April, with each side scoring 13 goals, to finish the month unbeaten and secure play-off spots. Wycombe conceded four goals across the month while Sunderland conceded five, but Neil's Black Cats finished in fifth place and the Chairboys sixth.

Former Barnsley and Hartlepool boss Danny Wilson, who chairs the manager of the month judging panel, said: "Gareth's Wycombe sprinted through April and snatched a play-Off place with a 17-point return after seven unbeaten games. Wins against play-off rivals Sheffield Wednesday and Plymouth enabled them to catapult into the top six on the final day of the season."

READ MORE: Sunderland boss Alex Neil is not 'power hungry' but will expect 'standards' to be met this summer

And Sky Sports' EFL pundit, and former Sunderland striker, Don Goodman added: "Wycombe saved their best until last this season and will look back on a 2-0 victory over Plymouth Argyle as a crucial part of an April run that ultimately rewarded them a place in this season's play-offs. May could be even better, as they overcame the threat of an extremely good MK Dons to leave themselves 90 minutes away from a return to the Championship."

Ainsworth said: "April was a massive month for us, particularly with us coming back after a two-week international break and hoping to carry on momentum from a good run of results in March. The boys were brilliant in every department and it was a fantastic achievement for us to break into the top six, particularly with lots of teams around us picking up good results as well.

"I'm delighted to win the Sky Bet League One Manager of the Month award, which is testament to the hard work and focus of everyone at the training ground, including all the players and staff."

Sheffield Wednesday's Darren Moore and Morecambe's Derek Adams were the other nominees for the managerial award. Sunderland striker Nathan Broadhead was nominated for the player of the month award, but that went to Sheffield Wednesday striker Lee Gregory who scored seven goals during April to help his side reach the play-offs, where they were beaten by the Black Cats at the semi-final stage.

Wigan Athletic's Will Keane and MK Dons' Scott Twine were the other nominees for the April award.

Sunderland take on Wycombe in the play-off final next weekend, and fit-again Nathan Broadhead is likely to be in contention