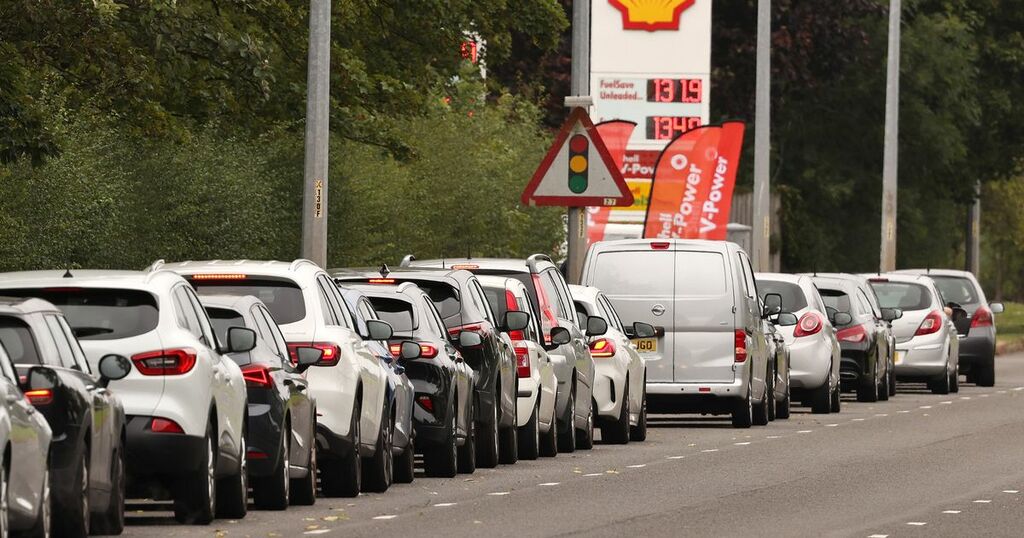 Some parts of the country are still struggling with low fuel stocks after a rush of panic buying, new figures reveal.

Long queues for fuel outside petrol forecourts formed across the country as many filling stations ran dry towards the end of September.

Government figures show filling stations in Britain had an average fuel stock level of 25 per cent on Sunday, down from 33 per cent before the crisis.

The figures show how full petrol station storage tanks are at the end of each day.

But while stock levels are creeping back up to normal in some regions, other areas are still struggling.

Average stock levels sank to a low of 15 per cent on September 25, the day after panic buying began, when fuel sales went up 80 per cent compared with normal levels.

The amount of fuel delivered to petrol stations was ramped up following shortages, with the average amount increasing from around 16,000 litres a day per filling station before the crisis to a high of 22,700 litres on September 28.

In the north east of England, stock levels are now back up to 33 per cent.

Stock levels are also better than the UK average in the north west of England and Yorkshire and the Humber, where the stock level as of Sunday was 28 per cent.

In Scotland, fuel stock levels are now at 35 per cent - higher than the UK average before the crisis.

However, in London and the east and south east of England, stock levels remain in the teens.

The south east of England has the lowest stock level at just 16 per cent.

Regional breakdown of average fuel stock levels for each area of the UK:

Yorkshire and The Humber: 28 per cent

East of England: 19 per cent

Gordon Balmer, executive director of the Petrol Retailers Association, said on Wednesday that 13 per cent of independent filling stations in London and the South East still do not have fuel.

He warned: “This is leaving some motorists continuing to feel insecure about fuel availability at their local neighbourhood filling stations.

“Independent forecourts report a complete lack of visibility as to when their next delivery might arrive, and some have been dry for four days and still waiting for a delivery.”

Mr Balmer claimed attempts by the government to deal with the crisis – such as deploying members of the armed forces to help deliver fuel – have only had “limited success” in London and the south east.

He added: “Much more attention on this issue affecting this region is urgently needed.”