Freedoms after NSW COVID lockdown aren't a green light for everybody 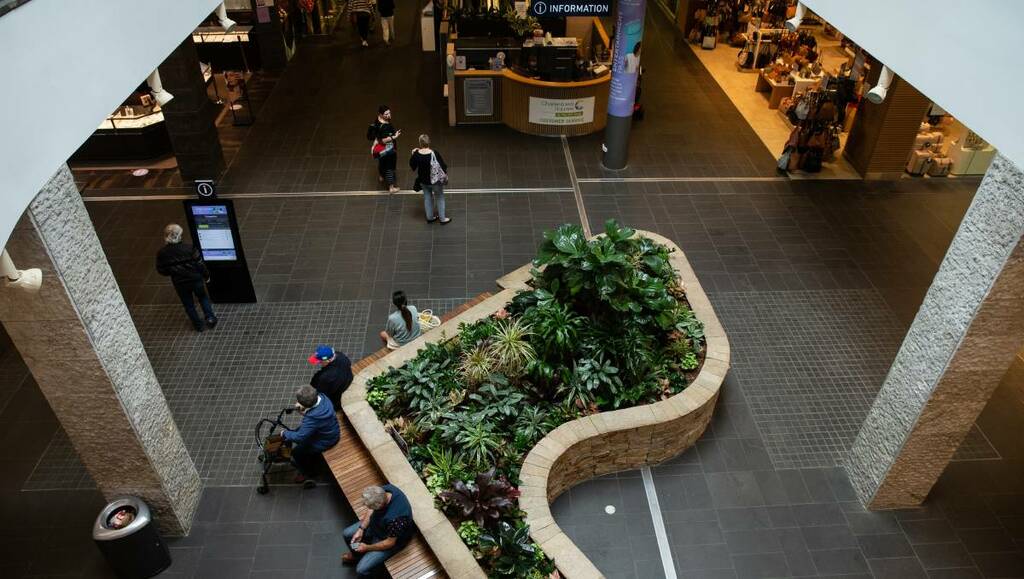 A BIG thank you to the residents of Newcastle and the Hunter Valley for putting so much effort into getting vaccinated, wearing masks, taking care about distancing and hand-washing and being patient about lockdowns. I'm personally deeply grateful for everything done by the community, the health system and various levels of government to minimise the spread of COVID.

I'm a long-term dialysis patient with adrenal insufficiency, and I need a walking frame to get around. I'm at high risk of illness and death if I get COVID, and I can't just stay home to avoid risk since I need to attend dialysis and other medical appointments almost daily.

But I haven't lived in fear. I've been careful and kept myself informed, and I've always known that lockdowns and restrictions would eventually need to change. That's simply essential. As the politicians are saying, we need to do it gently. We're learning how to live with a disease that kills a lot of people if it gets out of hand, with life-affecting injuries for many who survive. So we need to reduce limitations and get on with life, but in small enough steps that we don't have an explosion in cases.

There are many people more disabled or more frail than me - or both. I'm very concerned about the elderly, sick and disabled who aren't yet vaccinated, and our health advice shows that even when vulnerable people have had two vaccinations they're not invulnerable. I'm double vaccinated but could still get the bug, get sick and die. Vaccination lowers risk greatly, but not completely.

Our local case count is rising, and we have lower double vaccination rates than the state average. If we aren't careful with opening up, we could turn into a repeat of Sydney's experience over the last six months. I'm not sure that it's sensible for us to open up right now but the decision has been made.

So please take it easy. Don't rush out at full speed. Remember that the idea isn't no restrictions, it's fewer restrictions. Keep an eye on the limitations that remain, and please continue to help protect the vulnerable, while starting to enjoy our wonderful shared home again.

Give health a shot in the arm

GOVERNMENTS have made a number of announcements related to Freedom Day and the easing of COVID-related restrictions, but the big worry is that I have heard nothing from the NSW government or the feds about what will be done to help the already under-resourced hospital systems cope with the extra influx of demand.

Are they doing nothing to help the heroes without capes - the doctors and nurses and other hospital staff? Will we have further delays in emergency for any critical medical episode for a member of the public? Does no news mean there is only the worry of bad news, or are there measures being taken to ease the burden? Please explain.

CATHERINE Henry, ("Regional access to safe abortions crucial", Opinion, 9/10), says abortion is the most performed therapeutic procedure in Australia. But therapeutic relates to the treatment and healing of disease, and pregnancy is not a disease.

Ms Henry also claims that surveys show consistently that more than 75 per cent of Australians believe that abortion should be freely available. What surveys are these?

Is Ms Henry familiar with Melinda Tankard Reist's book Giving Sorrow Words: Women's Stories of Grief After Abortion? Another Australian author, Anne Lastman, has worked as a qualified post abortion grief counsellor for over 20 years. She herself has had two abortions. Her book Redeeming Grief, Abortion and its Pain is the result of listening to over 1500 personal stories. For her abortion is not just another health issue but a trauma that creates a grieving society.

My word, he's good as a Bond

YOU'RE welcome Pat Scott, (Short Takes, 8/10), and I totally understand you still having reservations about Tom Cruise playing Jack Reacher. I had no problem with the Doctor becoming a female in Doctor Who, however, despite being a big James Bond tragic since the age of 10, I couldn't bring myself to watch 2006's Casino Royale until about a year after it was released.

As a purist growing up with Sean Connery, George Lazenby, Roger Moore, Timothy Dalton, and Pierce Brosnan, I had a very hard time picturing Daniel Craig as Bond. Craig, however, soon became my all time favourite Bond, even outranking my previous favourite Sean Connery. I can personally recommend the Jack Reacher movies (especially the first one), as, despite his small stature, Cruise still gets brutal and leaves the baddies beaten and bloody in some very tense and exciting fight scenes.

You may find yourself enjoying Cruise, because even though I often dismiss him as a Scientologist weirdo who I do not particularly like as a person, I do still think that he's quite fun to watch on screen in action movies such as the Mission: Impossible franchise, and Jack Reacher.

BE proud, NSW, we are approaching 80 per cent double vaccination. This is amazing if you don't count places in the Hunter where those rates are due to lack of access for vaccines and are far lower.

Doses earmarked for these populations and other regional communities were, rightly or wrongly, sent to greater Sydney. We hear that some of the doses sent needed to be scrapped on the northern beaches due to lack of interest in that community. To be realistic I remain confused by all the conflicting information we hear on our news services. Why is that?

Conspiracies aside, this mish mash of conflicting data feeds the fears and aggression in those already feeling disenfranchised. Thanks, Mr Morrison, for adding to my limited maths skills. Childcare will soon be reduced for 250,000 families. The 95% reduction for second and subsequent children it seems results in between $700 and $2,500 per year savings, which converts to between $14 and $50 per week. Please tell parents where childcare placements can be found with these numbers at a 95 per cent reduction. Am I the only person finding this info and the policies of the government party politically motivated? I love this country, please do better. Choice of vaccination is okay, but respect for others' choices is essential. Respect and kindness costs nothing. Anger should be used to find solutions to your problems rather than directed into abuse for those working for their living.

THE World Health Organisation predicts 250,000 people will die each year as a direct result of climate change between 2030-2050. Unsurprisingly we are not told what these people will actually die from, but the figure is statistically insignificant when we compare the actual deaths attributable to smoking (8 million in 2019) and alcohol abuse (over 3 million every year). If we can expect in the next 20 years five million people will die from "climate change", why all the panic?

SANDRA Sweeney, (Letters, 9/10) claims she knows plenty of people "who have had every other vaccination, but won't have a COVID vaccination" is of concern. I am just grateful I don't move in her circle. She claims the reason for their reluctance to get vaccinated is "because of lack of evidence of their efficacy." I'd suggest they must have all failed basic statistics, because the evidence that vaccines are saving lives and reducing transmission is overwhelming.

SO now we have reached the so-called "freedom day", we are being told that Sydney-siders are not permitted to travel to regional areas. The authorities didn't/couldn't stop them from coming up here when they were under a supposed full lockdown, so how do they propose to enforce it now? We were travelling OK until the transgressors from Sydney came up here and brought their COVID-19 with them. I fear it will be up to us as individuals to police it and report offenders. I know I won't have a problem dobbing offenders in.

DOMINIC Perrottet's "blood, sweat and no beers" is hogwash. My beer intake has quadrupled since March 2020 as there were plenty of essential places to buy an ale. Mr Perrottet must be referring to beers where you can pick up, instead of taking them away.

WITH the frequency of "how green are we" ads that are playing on radio at the moment and obviously plenty more coming spruiking how great they have governed, we can only hope that Scotty from announcements calls an election soon otherwise it could end being worse for our mental health than the virus.

IF Helen Douglas (Short Takes 8/10) is so keen on the Supercars maybe she should petition the City of Newcastle to have the so-called race moved to Stockton. That way the restoration of the beach will be fast tracked and finished by February 2022. Residents would only have to put up with concrete barriers and steel mesh fences and mountains of used tyres for 10 weeks and perhaps temporary roundabouts and speed humps for five to 10 years. Not much of an imposition, I think.

SO some businesses are openly advertising they will accept clients, vaccinated or not ('Warning for traders on vaccine rules', Newcastle Herald 8/10). Don't they care about their staff or customers? Maybe we (the vaccinated population) should be privy to who these businesses are, so that we can make an informed decision as to whether we wish to utilise their service or not. Name them. Save a lot of time, and possibly heartache.