‘Far Cry 6’ Is Definitely Another Metric Ton Of ‘Far Cry’ 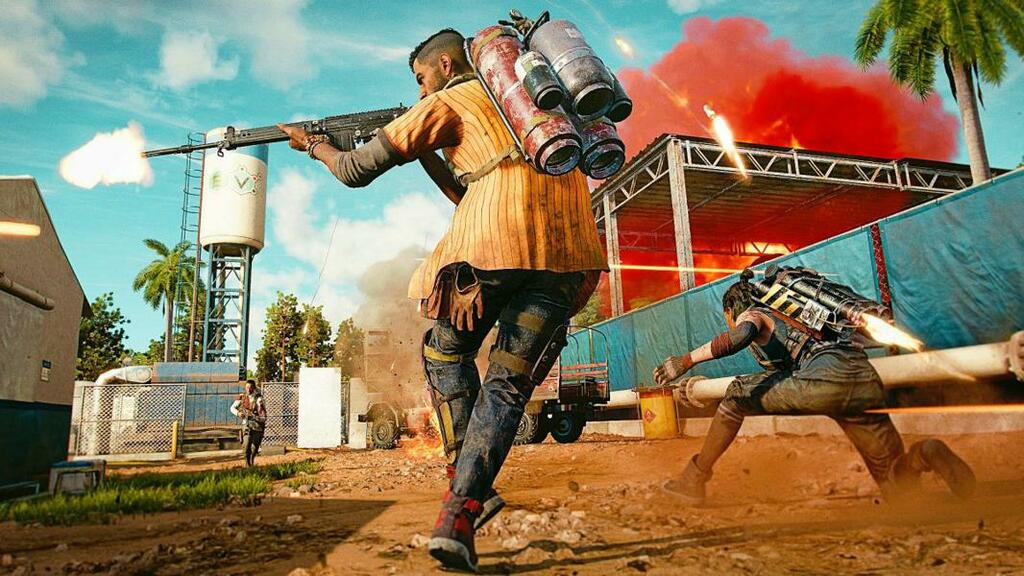 This is not a review of Far Cry 6. Generally speaking, I try not to review games I didn’t finish, and in this case, despite getting an early copy, I didn’t come anywhere close to finishing Far Cry 6 by today’s embargo. After a certain point, I stopped trying and went back to chopping down forests in New World.

Far Cry 6 is not bad, from what I’ve played. It’s just a game that I have already played three other times, and some sort of switch has flipped within me where A) I just don’t know if I can do these sprawling “clear the whole map” type Ubisoft games anymore. And B) I certainly cannot do so on any kind of embargo-based time crunch without sacrificing all other aspects of my work for a single review.

But this is a pattern for me now, where I just don’t have it in me to get through these huge open world games anymore. I think it first started with Ghost Recon Wildlands, just an absurdly huge map I had little desire to clear, despite initially having fun. But then it was Assassin’s Creed Valhalla, which became the first game in that series I didn’t finish, and it was mainly because of its never-ending size. Now, Far Cry 6 will probably be the first game in that series I won’t finish.

As for the actual game, it’s very much a Far Cry game. You are trying to free an island from the grip of a villain. You do this by blowing up their stuff, burning their drug fields and killing their soldiers. This time, the villain is Breaking Bad’s Giancarlo Esposito as the dictator of definitely-not-Cuba “Yara,” and it’s almost a little distracting to have such a recognizable face in that role, given that the last three bad guys weren’t immediately recognizable actors (though of course now, I recognize Esposito’s Better Call Saul co-star, Michael Mando, as Vaas in FC3).

Everything here seems to have been streamlined a bit. No more cutting off leaves of plants to put in your pack, no more skinning animal animations. Kill an animal, walk over it, get its skin. Kill an enemy, walk over them, get their ammo. It keeps you in the action, and boy, there is a lot of action.

All XP is relegated to actions like blowing up vehicles or taking over enemy bases, not individual kills. It doesn’t matter how you do it, really, so my usual play of “be stealthy until someone sees you then shoot everyone” worked just fine here. I am not a fan of the enemy spawn system, which is a mix between a typical “kill everyone in a base to clear it” set-up, but also a GTA-like wanted level which sends pretty much infinitely respawning guys at you sometimes. I also disliked that every encounter, even when you killed all the alarms, will usually end up with them sending a helicopter after you, which just gets excessive after a while. Fortunately, the game has given you a depleted uranium-powered backpack rocket launcher perfect for constantly shooting down helicopters. Yes, we are still in off-the-rails Far Cry territory here.

The upgrades here are concentrated in weapons, where the game gives you a sprawling selection you can customize, but this system reveals one of the game’s core bad decisions, where it has pulled a Wolfenstein Youngblood and separated out ammo types into “soft target” and “armor piercing” which means you need both two tiers of attack and two tiers of defense, which feels overly convoluted and like you’re randomly taking or dealing twice or half as much damage as you should be. You’re supposed to scout out bases ahead of time to know what you’re up against, but most will have some blend of enemies with both types of defensive and ammo themselves, so it feels convoluted for no real reason.

I like the story so far. I find Dani endearing as a lead, and you see a lot more of her (or him) than you do most Far Cry protagonists, which I think is a good change. As a white guy, and Ubisoft being a French company, I am curious to see how some of the more…cultural aspects of this game will be received, like the fact that you can heal yourself by smoking a cigar and putting in out on your bullet wounds. There’s a lot of stuff like that which made me tilt my head a bit, but I am not the best person to comment on it.

I have no doubt that if you enjoyed the last three Far Cry games you will probably enjoy this one. Hell, once I extract myself from New World I may go back to this and finish it (I also told myself that about Valhalla, however). The only definite complaint I have in my initial time with the game is the two tiers of ammo which definitely makes combat more irritating than past installments, but everything else seems just fine. It’s Far Cry. It’s a whole lot more Far Cry. And that’s probably good enough for most people.