Australians would face higher internet bills over the next decade under plans to jack up broadband prices to recoup huge NBN cost blowouts, major retailers and experts have warned.

The taxpayer-owned NBN Co has this week submitted a number of internet pricing changes to the competition regulator for approval in a bid to recover billions of dollars in cost blowouts funded by taxpayers.

But NBN Co’s proposal, which includes a projected doubling in the price of the lowest-tier wholesale NBN plan by 2033, has drawn criticism from the competition regulator, major telcos and experts.

Retailers warn households will end up paying more for their internet if NBN CO enforces its plan, while the Australian Competition and Consumer Commission fears it will reduce the number of “reasonably priced” products across the market.

Experts said the controversy underscores deeper problems with the direction of the NBN after more than a decade of cost blowouts, arguing the incoming Labor government must step in and address urgent problems.

It all comes as new data shows a growing number of Australians are upset about the quality of internet services under the current prices.

NBN Co said this week it wants to “materially evolve its pricing structure” to ensure it receives enough revenue to recoup the cost of building Australia’s broadband network.

It requires approval from the ACCC to implement its plans and on Monday officially requested massive changes to the way internet services are provided.

It’s a complicated plan, but the sticking point for some experts and major retailers is the pricing, particularly a bid to jack up wholesale costs for plans with speeds of up to 50 megabits per second (mbps), which more than 80 per cent of Australians use.

Under the new structure, the ACCC forecasts a doubling in nominal prices for 25 mbps plans over the next decade, with wholesale prices rising from about $40 per month today to $104 per month by 2040.

These higher prices would be achieved with changes to plan structures.

Plans under 50 mbps would be bundled within bandwidth allowances, with retailers charged for exceeding limits at $8 per mbps each month.

Bundles would be reviewed twice a year to see whether more data should be included, with the NBN forecasting that data demand will rise 13 per cent annually over the next 18 years.

Plans with speeds of 100 mbps or more would operate under a different model though, with data limits scrapped in favour of a flat fee that would increase each year, partially determined by inflation.

The flat fee would rise by inflation (CPI) plus 3 per cent in the first few years, before then rising in step with inflation or by 3 per cent annually.

According to the ACCC, the model would see plans with speeds up to 50 mbps cost progressively more over the next decade, such that they would actually converge with prices for much-faster 100 mbps plans.

This is because lower speed plans will be subject to additional costs as data usage rises, with the ACCC warning that demand might even rise much faster than NBN Co anticipates.

The ACCC has raised a series of other issues with the NBN plan too.

For example, it suggested the $8 excess fee appears to be above the cost of providing additional data to retailers like Telstra, Optus and TPG.

“These dynamics indicate that there can be expected to be a narrowing of reasonably priced access products in the market,” the ACCC warned.

“That could be in turn damaging to the level of retail competition and result in the supply of retail products in the market at higher prices and at speeds in excess of end customer needs.”

Optus, TPG and Telstra all fear the proposed model would deliver higher retail prices for Australians, saying they would pass on the hikes to wholesale costs.

“Retail providers like Optus will have no choice but to pass proposed cost increases onto our customers,” Optus public affairs vice president Andrew Sheridan said in a statement.

Although NBN Co argues the new model will help it pay for debts incurred while building the network, it has suggested a “price cap” to ensure its revenues don’t extend beyond its costs.

But the ACCC fears the safeguard is fraught, as NBN Co will not make enough money in the short term to recoup the costs anyway.

Experts said the controversy reflects difficulties faced by NBN in trying to recover from huge cost blowouts incurred during the construction of the national internet network over more than a decade.

Telecommunications consultant Paul Budde said the only way to ensure NBN remains affordable under its cost recovery obligations is if the new Labor government moves to write down the value of the infrastructure.

This would reduce how much the NBN is worth on paper, allowing NBN Co to be much less aggressive with its proposed pricing models.

“The company was backed by the previous government that wanted to get its money back from its investment in the NBN,” Mr Budde told TND.

“As the costs of building the NBN have blown out enormously, it is basically the broadband users who are paying the price for bad policy.”

Associate Professor Gregory said the government might need to update its statement of expectations for the taxpayer-owned company too.

“There’s a need for a significant change in direction at NBN Co,” he said.

The ACCC is accepting public submissions on the proposal until July 8. 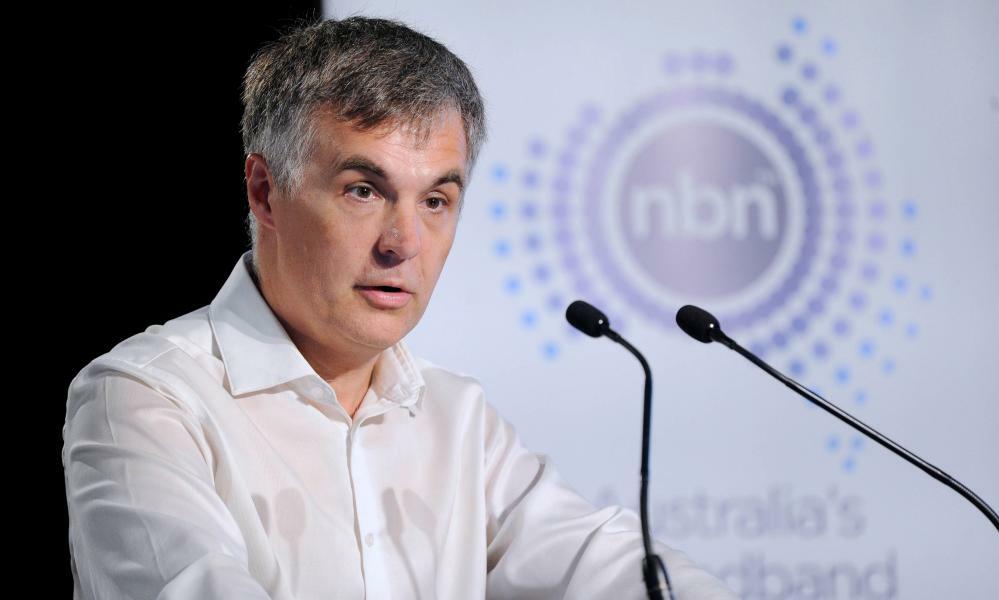 Proposed NBN price hikes could double some internet bills within a decade, ACCC warns
Telstra says wholesale prices already among highest in the world and will only get worse under proposal

The Guardian - AU
One subscription that gives you access to news from hundreds of sites
Meta asks to be spared tighter rules in Australia, saying iPhone’s tracking blocker is hurting business

Telstra has been in the sights of the regulator in recent months, highlighting the fact that you might find a…