Evening Standard Comment: Another teenage stabbing - as a city, we are not getting this right 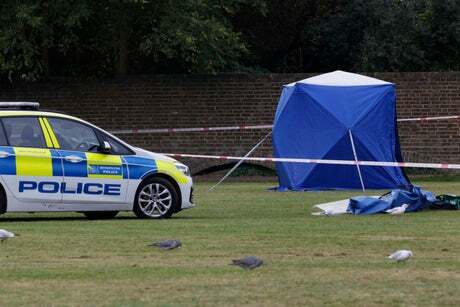 Another teenager whose life has been ended tragically young. More grieving parents suffering a loss impossible to describe.

Traumatised children playing rugby there at the scene, watching as their teacher first tried to stop the fight then fought in vain to save the young man’s life.

Knife crime, and in particular the killing of young men, continues to haunt our city. The incident in Twickenham yesterday afternoon is no less shocking for its grim familiarity. London appears on course to surpass its record year for teenage murders.

Meanwhile, machete-wielding gangs are terrorising cyclists in Richmond Park. And of course, the epidemic of violence against women and girls is at the forefront of all of our minds.

And parents fear what happens to their teenagers viciously mugged for their phones, sometimes even for mere sport.

Crime was the central issue in the last mayoral election. It cannot be allowed to become an issue Sadiq Khan does not want to touch. Every Londoner has the right to feel safe in their city. For far too many, that is simply not the case.

And crime, in particular gang crime, is a leading reason behind many people choosing to leave the capital to bring up their children. We support the intelligence-led use of stop-and-search powers.

But the Met must consider whether incorporating other strategies such as more neighbourhood policing and the targeting of high-profile criminals — as highlighted in a recent Policy Exchange report on knife crime in the capital — could prove more effective in tackling this crisis. Funding is also key.

At present, as a city, we are not getting this right.

If you think we would allow William Shatner to blast off into space without making reference to grammatical correctness, you do not read these columns frequently enough.

Today, Shatner will boldly go where no nonagenarian has gone before — space. Safe travels, Captain Kirk.