It is 59 days or eight weeks this Monday until England start their World Cup campaign.

And on this evidence, we should be worried. Very worried. England suffered the indignity of defeat in the San Siro and relegation from their Nations League group.

But they have now gone five games - or seven-and-a-half hours - without scoring from open play and they really do look as if they have forgotten where the goal is. In the summer, Gareth Southgate could blame fatigue and tired legs for their dismal displays in the Nations League but there could be no excuses against Italy.

The optimism and high hopes for the World Cup have slowly ebbed away along with England’s confidence and they look a team searching for identity and form. It is such a worry for Southgate because he does not know his best team or his optimum formation and they lost to a team which did not even qualify for the World Cup.

The England fans turned on Southgate after the defeat by Hungary at Molineux in June and, while that felt harsh on a manager who has changed the mood of a nation, now you can understand their concerns. England no longer look like a team of genuine contenders.

There are more questions than answers and, having been such fun to watch in the past six years under Southgate, they are in danger of returning to the bad old days. Those were the days when we went to tournaments with no hope, no expectation levels and they would be home before the postcards.

Can you really imagine them turning it round in the next two months? It is hard to believe. The Nations League has become the competition Southgate could do without because relegation is humiliating even from a Group with Germany, Italy and Hungary.

Do England still have a chance of winning the World Cup? Have your say in the comments...

But the consequences are serious because it means England will have a tougher Euros qualifying Group and, therefore, things will not get any easier in the future. They were beaten by Italy striker Giacomo Raspadori, who was given too much space and time by Kyle Walker before he fired past England 'keeper Nick Pope.

England pushed in search of a leveller but it was Italy who went closer to a second as Federico Dimarco hit the post late on. You have to feel for the ever loyal 4,000 England fans behind that goal as they chanted Harry Maguire’s name before kick-off to give the under-pressure defender a morale boost and stuck with the team this time.

But it was with little reward in a largely woeful game. An awful first half only improved by Jude Bellingham’s impressive display in midfield while Phil Foden was lively in attack. Otherwise, it looked like a lopsided team as Maguire struggled at times down the left channel and Bukayo Saka was wasted at left-wing back, giving the defence little cover either.

Frankly, it was a relief when the referee blew the half-time whistle. The game was a non-event and, while the Nations League has at least provided some good moments during Southgate’s reign, this campaign has definitely not been among them.

Harry Kane toiled and tried, Eric Dier did well and you could not blame Pope, but you were left looking for small mercies. Poor old Tammy Abraham sat on the bench, the one England striker who knows all about Italian defenders.

It was Raspadori who got behind Walker on 68 minutes and drilled a shot past Pope into the far corner to bring the old stadium to life. England did then try desperately to lift themselves to at least take the campaign to Monday's game with Germany as Kane forced a late double save from Gianluigi Donnarumma, but it was too little, too late. 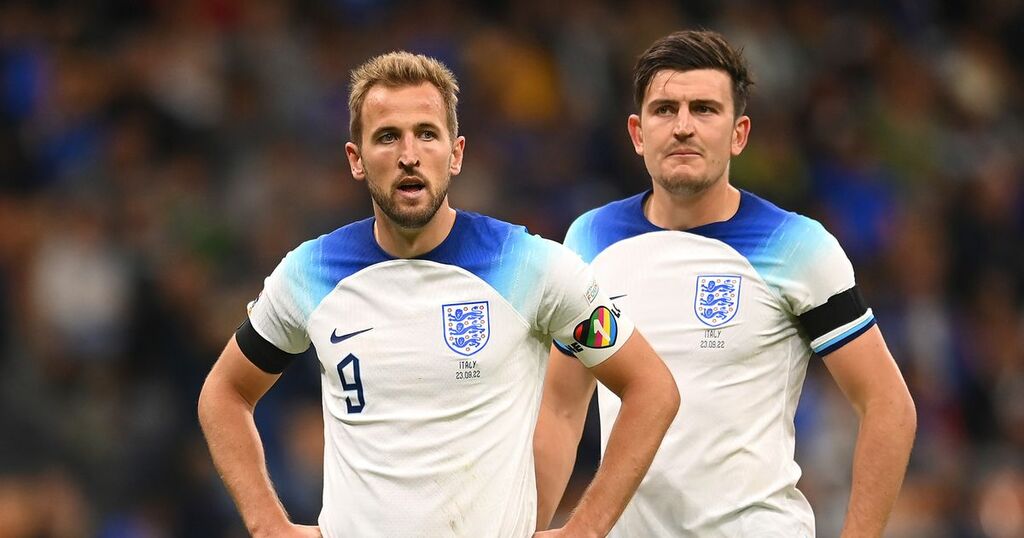 England at risk of regressing to dark days of old as Italy loss raises crippling worries
ITALY 0-1 ENGLAND: The Three Lions, who have gone gone over seven hours without scoring a goal, saw their preparations…

Daily Mirror
From analysis to the latest developments in health, read the most diverse news in one place.
England relegated from UEFA Nations League top tier after defeat to Italy

The Guardian - UK
Nations League: England relegated after defeat in Italy – as it happened

The Guardian - UK
Southgate: England took 'step in the right direction' despite loss to Italy

England lost 1-0 to Italy on Friday night; it was a night when Gareth Southgate asked teenager Bellingham and his…