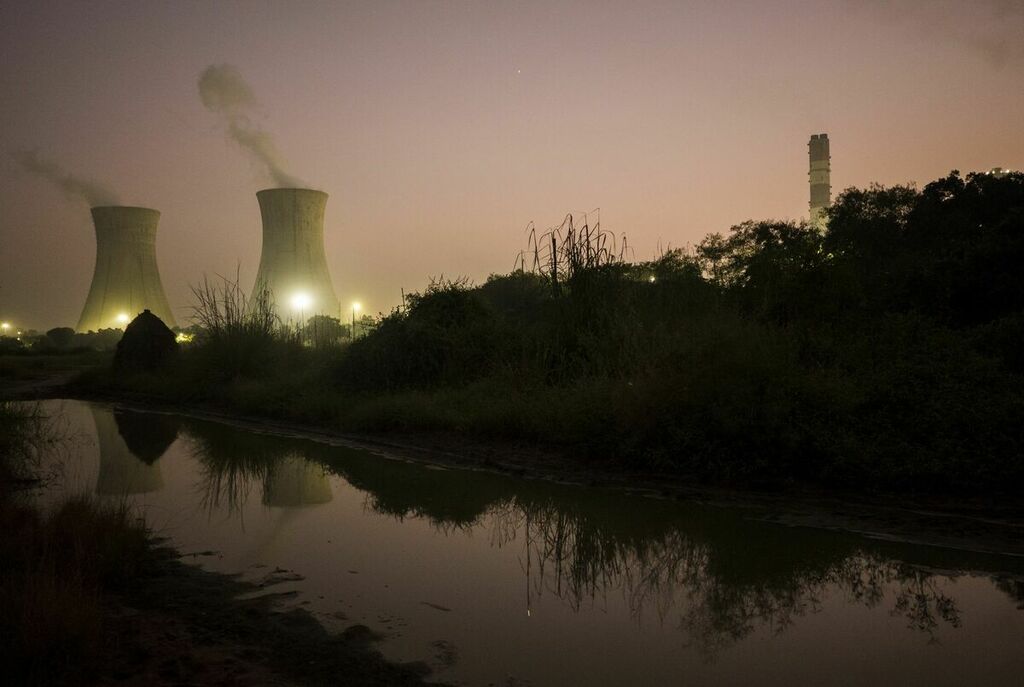 The energy crisis, the coming winter weather and the release of pent-up pandemic demand have sent nations scrambling to stockpile fossil fuels, a move that portends a rebound for global carbon dioxide emissions this year.

The trajectory poses a new threat to the Paris Agreement goal of limiting global temperature increases to 1.5° Celsius. China, India and other developing economies are driving the demand for coal, but even the U.S. is poised to increase its consumption of the dirtiest fossil fuel in almost a decade, according to a forecast from the International Energy Agency.

The world’s CO2 emissions peaked just prior to the onset of the Covid-19 pandemic, then in 2020 registered the biggest annual decrease since at least 1965, according to data from BP Plc. Releases of the greenhouse gas this year through August are just 1% less compared with the same period in 2019, according to Carbon Monitor, an emissions monitoring group.

The forecast for record emissions is a poor backdrop to the COP26 climate talks that will take place in Glasgow, Scotland in November. The United Nations is urging countries to submit more ambitious emissions plans by the time the discussions get underway, and officials from almost 200 nations are expected to gather for the fortnight of negotiations.

Whether emissions reach new highs will probably depend on the weather, said Steven J. Davis, a professor at University of California, Irvine, and co-lead at Carbon Monitor. “Fossil fuels used to heat buildings could make up that 1% quickly if it’s cold.”

The energy crisis has been concentrated in the power generation sector. Shortages of natural gas and electricity have been especially acute in China and the U.K. Emissions from electricity producers were already up 2.2% globally between January and August versus the same period in 2019, driven by increases in China, India and Brazil, Carbon Monitor data shows.

But in many places, CO2 releases from most major sources are on pace to be lower than in 2019, as coal plants shut down and more solar and wind power comes online. Emissions in the European Union and the U.K. during the first eight months of this year are down 4.7% compared with the same period in 2019, according to the group, which bases their estimates off on power generation, industrial activity, ground transport, domestic and international aviation and residential demand. In the U.S., they’re down 3.5%.

Another factor that could spur emissions growth is new skepticism over renewables in the face of the energy crisis. Disruptions the past few weeks have sparked debate about the impact of the world’s transition to cleaner power. While some see evidence of the intermittency of wind and solar power, others see equivalent if not greater vulnerability from extreme price swings and volatility triggered by disruptions in fossil fuel supply chains and dependency on petrostates like Russia.

“My worry is there is a growing incorrect perception that the current energy crisis is caused because of renewables, or policies favoring renewables,” said BloombergNEF analyst Ali Izadi-Najafabadi. “The rational response to higher fossil fuel commodity prices as well as higher emissions would be to accelerate the shift to renewables.”