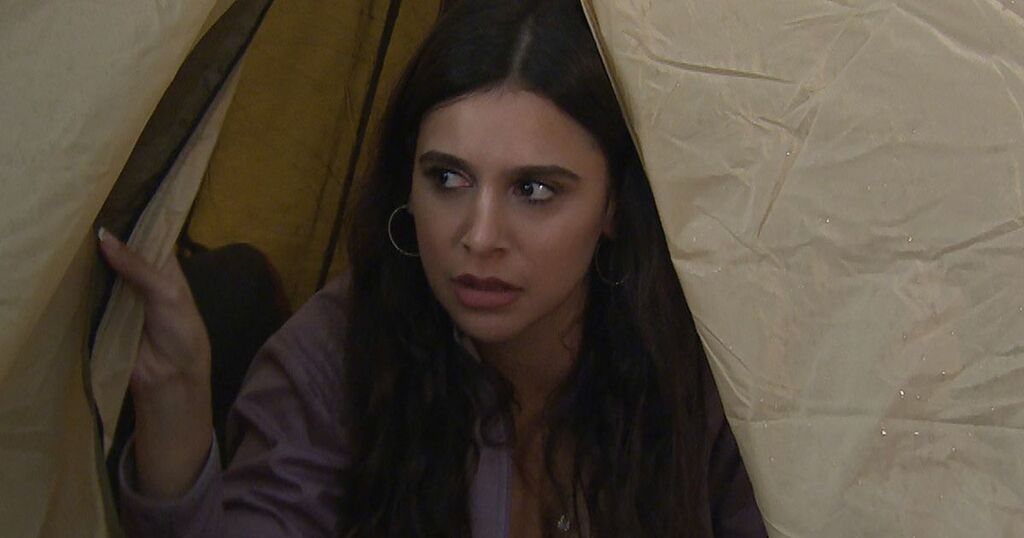 Emmerdale has promised dramatic scenes in October, amid reports of a water stunt and drama surrounding a maze.

Andrea Tate and Charles Anderson also feature in the teaser, as do others.

While details are being kept under wraps, cast members were pictured filming a terrifying water stunt, and now the teaser has shown scared residents running through a maze.

Meena declares "there's no way out", with it thought she will be the catalyst behind the disaster that strikes, which seemingly results in a death.

Emmerdale bosses confirmed at least one character would be killed off earlier this month, while the soap has not officially confirmed it will take place in the survival challenge event - but it is certainly hinted to be that way.

Poor Victoria is currently the person set to die, because Meena decides to murder her when she arrives at the base camp.

In upcoming scenes she overhears boyfriend David telling her love rival that he is in love with her, leaving her furious.

To find out Victoria is seemingly about to take her man, she plots to kill her as revenge - months on from murdering teenager Leanna Cavanagh.

Now it's been known for some time that Meena would strike again, with it hinted she would kill more than one resident.

But some fans think the big week will in fact feature a twist that will see her plan to kill her rival backfire.

Instead, some are predicting it won't be Victoria that dies, and perhaps someone else will be the victim - with a potential twist that viewers will not see coming.

Taking to Twitter, some users shared a theory that perhaps it's Meena who dies as her crimes are exposed, and that the teaser and spoilers about her murder plan are all just a red herring.

One fan tweeted: "Plot twist, Meena dies trying to kill Victoria when they go rafting, hence the tent. Finally leaving Victoria and David to be happy together, but that won’t happen because no one can ever just be happy in these shows…"

Another said: "It would be a great twist if Meana’s plan backfires and Vic ends up killing her."

A third tweeted: "Ok, after hearing David tell Victoria that he loves her & then obviously failing to kill Victoria off, if Meena isn’t killed, how long can she last for in the village?"

Others did think Victoria would lose her life, but that she would expose Meena in the process.

A fan wrote: "I'm all here for Victoria exposing Meena on super soap week before Meena kills her."