Ellyse Perry says a women's IPL is next step in evolution of cricket, as India series looms 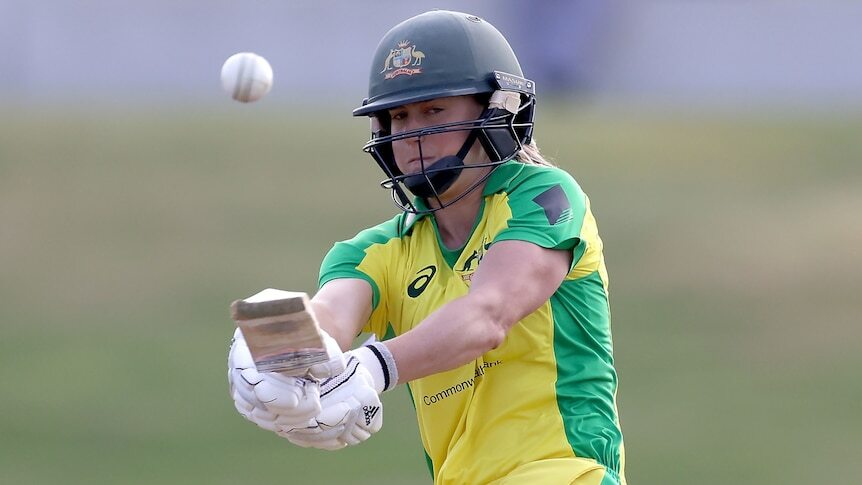 Following the success of the T20 World Cup final at the MCG and the Hundred Women's competition in England, Australia's Ellyse Perry believes a women's IPL is the next step in the growth of the sport.

Speaking on ABC Sport's Kicking Back, the recently crowned ICC Women's Cricketer of the Decade said the upcoming series against India was a huge platform for the game.

And she said capturing the attention of Indian cricket fans was key.

"The Women's and Men's Hundred competition in England has been a really great success," Perry said.

"Putting the sport in a spotlight for a new crowd and audience is really important and great for the growth of the sport globally.

"An IPL for women would be wonderful. India is the biggest cricketing nation in the world and are just so dominant with how much they love the sport."

An average of 105 million viewers watched 17 matches in the first two weeks of IPL 2021, while The Hundred had 16.1 million TV viewers in total.

The upcoming series against India begins on September 21, and while it features T20, one-day and Test matches, Perry would love the fixtures to be decided like the Women's Ashes, in which the series winner is determined by points accumulated across formats.

"It's been a wonderful format for us. I'd love to see it used across other series, not just against England," Perry said.

"It gives context to every game you play. It puts emphasis on being consistent across three formats. From the experience of playing in those series, they've been some of the toughest and most demanding both physically and mentally.

"I'd love to see that format used against all the top nations in the world. It means there's not many dead rubbers."

Criticism is good for the game

Despite her recent accolades, it has been a difficult year on the field for Perry.

She missed the historic T20 World Cup win due to a hamstring injury, and was then criticised by cricketing great Lisa Sthalekar ahead of the national side's tour of New Zealand.

"In 50 overs, Tests, you absolutely pick her, but T20 has always been her weakest format."

Perry, however, welcomed the discussion surrounding her form, claiming that while she didn't use it as personal motivation, the coverage was great for the sport.

"It's really important we have people analysing the game closely," Perry said.

"We kind of experienced the same thing during the World Cup with the round matches when we didn't play well and people started asking a lot of questions.

"It means a lot to the sport and shows us how far it's come and how invested people are in our performances now."

You can hear more about your favourite athletes and their views on the sporting landscape on Kicking Back on ABC Sport Digital, Mondays at 6pm AEST.

The upcoming series against India will be available live and ad-free on ABC Radio.