Defence anger at implacable police presentation of an extraordinary investigation 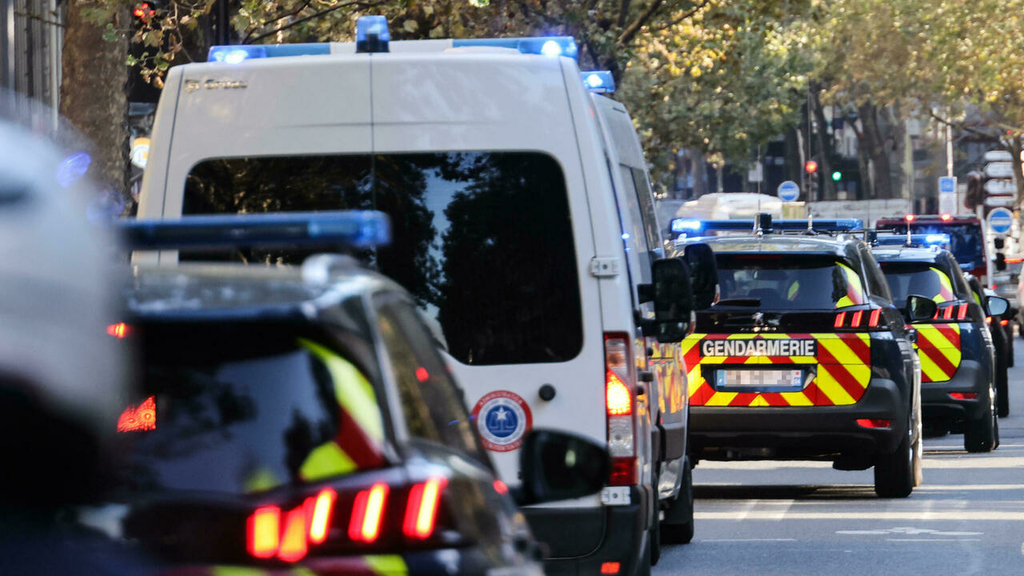 The second week of the Paris November 2015 terror trial began with the continuation of the reading of the court president's report, the ten-hour overview of the facts as they appear after six years of criminal investigation. And then the first witness, an anti-terrorist police officer protected by anonymity, went over the same ground. Chief accused, Salah Abdeslam, and some defence lawyers, were less than pleased.

There was an inevitable sense of déjà vu.

The president's report culminated with the details of the charges facing each of the 20 accused. Certain expressions were repeated with insistence: "terrorist conspiracy", "organised gang", "trained, chosen and directed by Islamic State in Syria/Iraq", "serious menace to public order", "intimidation", "terror", "targets in France, Europe".

And that was followed by the technical litany for each crime allegedly committed by each of the prisoners, of their suspected breaches of French penal legislation: "Facts covered and punishable according to articles 113-2, 121-4, 5 and 6, 132-71, 221-1, 4 and 8 . . ." An arcane language incomprehensible to the non-legal ear.

The 14 accused who are present in court (six others being tried in their absence) sat through it all stoically.

Except for Salah Abdeslam, the only survivor of the three groups of attackers who murdered 130 people in Paris on 13 November 2015.

In his fourth breach of court protocol in as many days, Abdeslam roared from inside the securely sealed, and nearly soundproof, prisoners' dock to know when he and his co-accused would be heard.

"When are we going to get a chance to speak?" he shouted. "We've heard all this before."

"And you are going to hear it again for several weeks," the court president informed him, adding that Abdeslam would be expelled from the courtroom if he was not prepared to behave correctly.

His performance was remarkable.

Virtually without reference to his notes, without a single pause for a mouthful of water, SDAT 99 took four hours to describe the police reaction to the attacks, and the handling of the subsequent investigation.

He spoke of police resources stretched to the limit from late 2014, in the face of an imminent threat of jihadist action by Islamic State terrorists.

No fewer than 33 islamist attacks were investigated by French anti-terrorist police between December 2014 and September 2015.

And, he added in the same imperturbable tone, some journalists and social media had not helped the overworked security services.

He cited, among other examples of disruptive fake news, claims by "a 24-hour news channel" that a passer-by had died in a Paris shootout between suspected terrorists and police officers, a totally false report which, nonetheless, required police time and energy to investigate and refute.

The police operation launched on 13 November 2015 was "unprecedented," SDAT 99 told the court. "There were eight crime scenes to secure and investigate," there was the danger of a subsequent attack, the background fear that an unknown number of terrorists were still active in the French capital.

SDAT 99 told the court that the four-year investigation had enabled the authorities to "identify all those involved, their accomplices, their commander in Syria. Various journeys across Europe had been required to bring together the active commando units," he said, adding that it was clear that a much wider campaign of attacks had been intended.

The witness never changed tone, whether describing the state of the corpse of one of the Stade de France bombers, recovered "in eight separate pieces," or the degree of cooperation between European police forces, "exceptional".

When the presentation was over, the defence benches rose in anger. The report had been too long, too detailed, they complained, saying the four-hour police summary had added nothing to the overview already provided by the court president.

SDAT 99 met the criticism with robotic calm. "You are free to react to the facts in your own way," he told the lawyers representing the accused.

The defence will have to wait until January before they can ask questions and begin to attack an already immense bloc of evidence.

The hearing is to continue on Tuesday with evidence from Isabelle Panou, a senior Belgian criminal investigator.