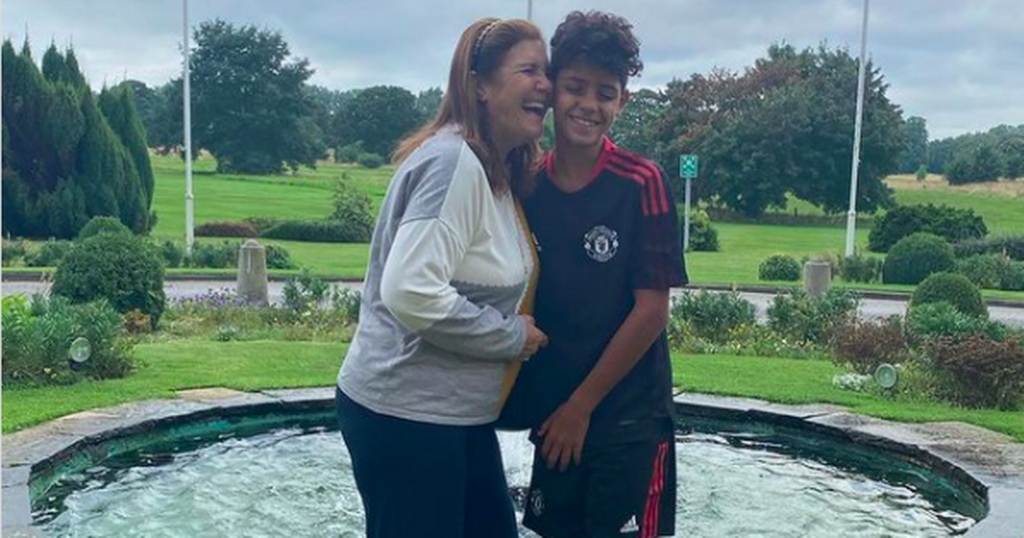 Cristiano Ronaldo's mother has sent a good luck message to him and Manchester United ahead of his second debut for the club this afternoon.

Ronaldo re-joined the Reds on a two-year deal from Juventus on deadline day, returning after 12 years away from the club and spells with Real Madrid and the Serie A giants.

After scoring twice for Portugal during the international break to become the all-time top international goalscorer, the 36-year-old returned to Manchester and trained with his new teammates all week ahead of a potential second debut against Newcastle at Old Trafford this afternoon.

With kick-off just a few hours away, Ronaldo's mother has posted a good luck message to the squad and her son on Instagram alongside her grandson sporting a United training kit.

The caption, translated from Portuguese, says; "Good luck Manchester! Kisses to everyone and happy Saturday!"

Maria Dolores is expected to be in the crowd for Ronaldo's return, where he got the nod from the start from Ole Gunnar Solskjaer.

The manager had initially confirmed that United's new number 7 would definitely get on the pitch at some point during the game, but refused to reveal whether he would start the game or not.

It will be Ronaldo's first appearance in the Premier League in 12 years and 118 days, which means he will break the record for the longest period of time between appearances in the competition's history.

Old Trafford will be full to the brim with a 75,000+ crowd to welcome back their hero, who scored the only hat-trick of his Man United career to date against Newcastle in 2008.