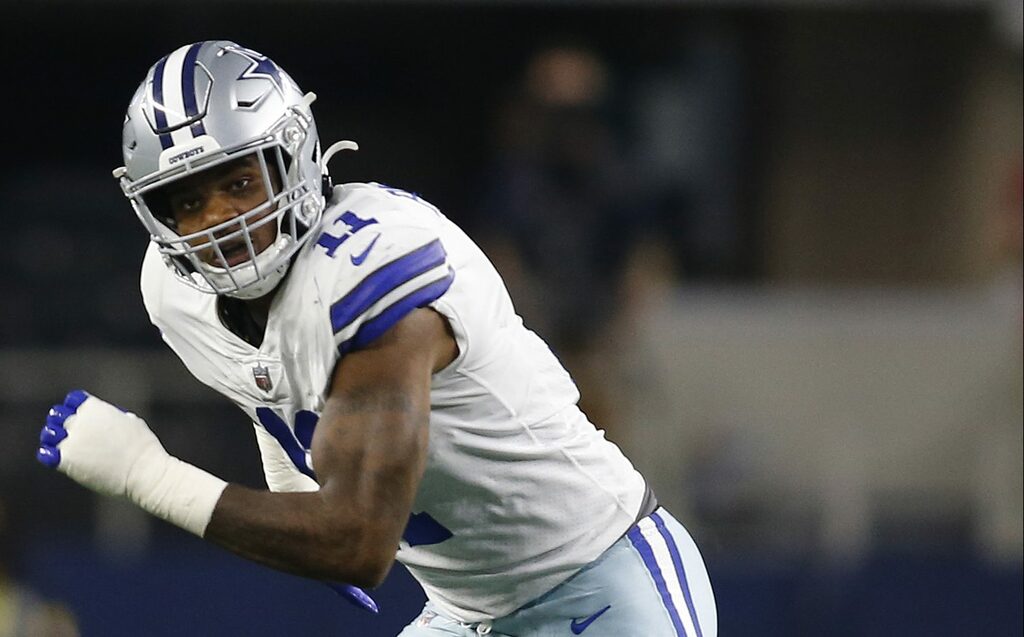 Football is complicated. Defense is complicated. And unless you know precisely which techniques a defender is playing, it’s easy enough for even smart football people to get it wrong. If you’re following the season opener featuring the Buccaneers and Cowboys, you may have seen that the decisive narrative is that Dallas rookie linebacker Micah Parsons has spent his night lost in space against Tom Brady and Tampa Bay’s offense.

Parsons, the 12th overall pick in the 2021 draft, was highly regarded coming out of Penn State for his remarkable speed and athleticism, but coverage was not a specific strength. Per Pro Football Focus, he allowed 45 receptions on 68 targets for 514 yards and an opponent passer rating of 88.7, with no touchdowns and no interceptions over two seasons with the Nittany Lions. Not disastrous, but not amazing.

Perhaps that bled into the narrative that Parsons looked lost out there, but on one particular snap, Parsons was doing exactly what he was supposed to do.

Sharp is a smart football guy, but it was he, and not Parsons, who got caught short here. Parsons was using the ROBOT technique, as Chris Brown of Smart Football explained. Our friend Cody Alexander of Match Quarters, who also coaches high-school ball in Texas, also chimed in.

He checks #2 to his side (his job), sees he's blocking & then ROBOTS to MOF

One aspect of playing coverage as a linebacker in the modern NFL is executing what Nick Saban calls “robot” (roll and run) technique. “Robot” technique is generally used as an answer to play-action. Since linebackers get sucked into the line of scrimmage, it’s very hard for them to backpedal out to gain depth and find intermediate routes. So, rather than backpedal, linebackers are often taught to turn up the field to run while scanning the middle of the field for routes to pick up on. It’s tough to execute because spacing correctly and finding targets can be a nightmare, but when practiced and executed properly, it’s a clear deterrent for any half-decent quarterback.

Here is Jermaine Carter (56) executing “robot” technique against Houston. Carter initially lines up over the left guard (Max Scharping, 74) and bites hard on the play-action fake. The moment Carter realizes it’s a passing play, he jams his foot in the ground to take off and gain depth in the direction of Watson’s rollout. Carter turns his head to the other side of the field while running to scan for any potential routes to pick up and finds an intermediate crosser. He then immediately looks to lock into the receiver’s hip and run with him across the field to cut off any potential throwing lane. If even Carolina’s non-stud linebackers can execute like this, it’s no wonder Kuechly and Thompson can do it so well, too.

Steven Ruiz, formerly of For The Win and now of The Ringer, also has a great explanation from 2020 when discussing the Patriots’ defensive concepts.

Against play-action, the rat [defender] can use a “ROBOT” technique, which isn’t as cool as it sounds. It simply means “roll over and back.” I don’t know where the extra O and T come from, and I feel like “ROB” would have been a more apt name for the technique and it’s also a verb, but I digress. When using “ROBOT” technique, a player will turn his back to the quarterback and try to find a crosser.

To paraphrase the great Jim Mora, when you think you know the intricate details of football… well, you think you know, but you don’t know, and it’s not that you never will, but the obvious isn’t always so obvious.