Covid 19 Delta outbreak: Plea for more green time, less screen time when kids get back to class in Term 4 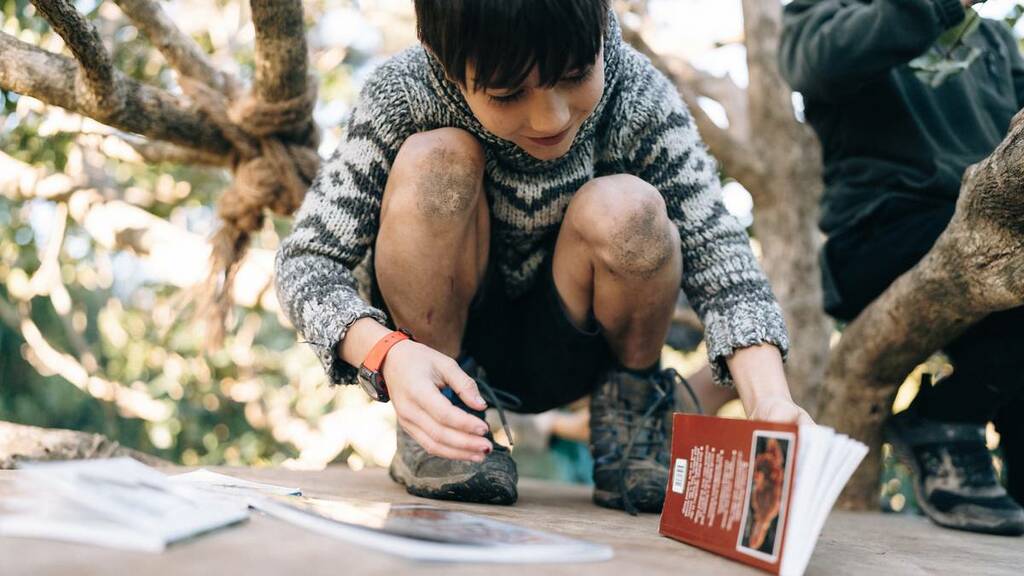 Experts are urging Auckland schools to give students lots of time in nature when they return to class after lockdown ends to help them ease back into school.

They say time in nature will help soothe the anxiety and stress children face at the prospect of moving back to the classroom after months of learning and keeping in touch with friends through a screen.

Kirsten Simmons, a teacher and director of the social enterprise Nature2Classroom, said during the pandemic schools have been doing their absolute best during lockdown, but connections through a screen are naturally more sedentary.

Following previous lockdowns she's observed children are more anxious when they arrive back at school.

Her own children, 7 and 13, have had plenty of screen time, and she's noticed the impact on their mood.

"I'm so not saying that's the right or wrong thing to do but I am saying that it's impacting their mental health...I think technology is a really positive thing too. It just has to be a really good balance."

Thankfully, she believes time outside engaged in creative, imaginative play provides an antidote and a chance to calmly reconnect with school and each other.

The benefits of nature in schools are becoming more mainstream, with a number of schools and early learning centres now providing a nature day once a week and others, like The Forest School in north Auckland, spending all their time outside.

Simmons wants to spread the word about nature play further into mainstream schools. She's holding a free webinar on October 12 with tips and tricks for parents and teachers on how to cope as kids come out of lockdown, plus a free 'Wellness Week' programme in the first week of Term 4 - schools can sign up on the Nature2Classroom website.

It will help guide schools to deliver a nature-based, creative first week of school to ease the anxieties kids may face when they arrived back.

Three Waiheke primary schools are involved in the two-year project looking at the cognitive differences in children on a normal school day versus a "Forest school" day, examining areas like sociability, self control and how well they cope with challenges.

Wilkie's expecting to find the children don't have to self-regulate so much when they're outdoors - which will allow them to be more flexible and follow their impulses while they're learning.

Research has found exposure to more greenery lowers the risk of asthma and myopia, while exposure to micro organisms from muddy environments helps boost immunity. One New Zealand study has found a strong link between more green time and a lower risk of ADHD.

Knight's latest book, Nature and Wellbeing in Aotearoa New Zealand: Exploring the connection,
talks about the growing movement toward nature play in bush schools and mainstream schools as well as early learning centres.

But she warns some children have less access to quality green space at school than those in wealthy suburbs.

"A football field with a couple of rugby posts on it, no real trees, is to me not the same as the Botanical Gardens or a restored stream."

Knight believed many teachers would like to spend more time outdoors but there could be a high administrative burden to getting out there.

They didn't have to leave the school grounds - just find a nice spot and try and run a lesson outside, or take a mindfulness or yoga session out under a tree, she said.

Some children might struggle to sit still, and "probably the last thing they really need is to be doing more meditation", she said. "They could walk around and mindfully observe the things they see or hear...it's still mindfulness but it involves moving the body."

Nature play: 'It's been good for everyone'

If you go to Waiheke Primary on a Friday, you won't find the kids in Jayne Alexander's students indoors. Rain or shine, every week this year, they've been out in nature all day as part of the Green Play Day research project.

A day might start with yoga or mindfulness, before moving into what's called schema play.

"Every child has urges like push or pull or run or hide. So we notice and recognise the urges that the tamariki have had - then we create those into a game. So we might have a hide and seek station, a tug of war station, a stuck in the mud station."

Story time, free exploration, and structured activities like art or water play come later. At the end of the day they gather to reflect.

It's been good for everyone - from the rambunctious to the quiet ones who might normally go under the radar. They've built resilience, curiosity and creativity that's translated to the classroom.

Alexander says she's observed clear improvements in the children's emotional intelligence, while tasks like whittling and tree climbing have improved their motor skills.

Mindfulness and breathing practices have been incorporated into the rest of the week after the teachers realised how effective it was for helping the class calm and focus.

One boy in particular who's had a tough background has seen a big growth in emotional intelligence, she said.

"He talks about now how he cares for himself and for others and the environment, he's doing his breathing when he gets frustrated."

When they return the school will have a big focus on being out in nature as they readjust. "The wellbeing is first - the learning will come if they feel happy and are in a safe, healthy environment."

1. Wear the right gear. Let kids choose jackets or togs in the rain - they can always shower if they get muddy

2. Have an outdoor backpack for exploring - children love props that let them explore and be entertained

3. Create an outdoor HQ or base in your backyard made out of natural resources or an old tent. Kids can store things in there and engage in messy play

4. Find a piece of cardboard or a box and walk to a grassy hill and let them slide

5. Join in - mud balls, mud slides and mud tea parties are made for any age, including teenagers