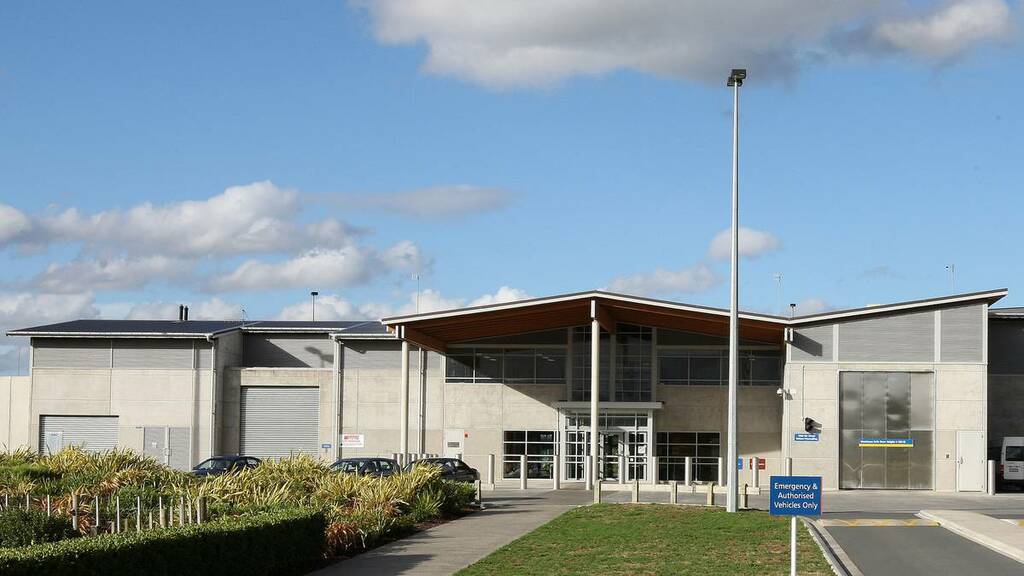 Spring Hill, in the Waikato, is the only prison in the country at Covid alert level 3, with all other Corrections facilities operating at level 2 or 4 in line with the region's setting.

This comes after prisoners at the facility were plunged back into level 4 lockdown on August 29 when a Corrections officer tested positive for Covid 19.

The unit of 120 men where the Corrections officer worked were placed into quarantine and tested while 14 men recently released and 23 staff were asked to self-isolate and get tested.

None of the tests came back positive and five days later Corrections said the officer was no longer being treated as a positive case.

Spring Hill Corrections Facility prison director Scott Walker said the prison transferred to level 3 settings again after that but the decision was made not to go to level 2, in line with the rest of the region, on Wednesday.

Walker said the decision was made because of the site's proximity to Auckland and the "significant" number of staff who travelled from Auckland to the prison every day.

But the decision is taking its toll on prisoners, the partner of one inmate told the Herald.

She said tempers among prisoners were becoming frayed with limited time out of cells under the extended lockdown regime.

It was exacerbated by what prisoners felt was a lack of information from Corrections about the reasons for the decisions that were impacting on their incarceration, which led to greater levels of uncertainty inside, particularly last week after an officer returned a positive test, she said.

"They're not told very much. They were freaking out they were all going to die."

The higher lockdown level meant inmates were unable to have visits from families or access activities or services that were normally available. Meal patterns had also changed, with the daily "hot" meal shifting to midday and sandwiches - usually lunch food - delivered late afternoon along with the next day's breakfast.

Walker confirmed visits were suspended and meals had been switched around to maintain staff "bubbles" but said there was no increase in tension.

Unlock hours varied between units but "all people in prison will be provided with their minimum entitlement and we will provide increased unlock hours and recreational activities wherever possible", he said.

He said the organisation was also exploring low-risk prisoner employment activities that could safely operate with controls such as physical distancing and personal protective equipment in place, to enable prisoners employed in these areas to return to their work inside the prison environment.

Staff wore masks at all times and were in full PPE when interacting with prisoners. Inmates were also provided with masks and encouraged to wear them when outside their cells, Walker said.

Anyone entering the prison was screened and had their temperature taken with thermal cameras. New prisoners were also separated for the first 14 days to make sure they were not bringing the virus in.

Walker said they were providing prisoners with phone cards and increased access to video calls while they were unable to have visitors.

"We are not prepared to take any risks with Covid 19 in our environment. As we have seen in prisons internationally, the impact can be devastating. We have a duty of care to the men and women we manage in prisons, and to our staff, and everything we have put in place to manage the threat of Covid 19 has been based on prioritising their safety and wellbeing," he said.

Victoria University criminologist Dr Liam Martin said there was "nothing rehabilitative about [the restrictions]", however he acknowledged those making the calls were in a difficult situation.

"Prison is a hard place to be at the best of times. I think it's safe to say prisons at a time of pandemic are incredibly difficult to live and work in. My empathy goes out to the people who are in those spaces day in and day out and trying to figure our how to make it work.

"We've all grappled with how to live under a pandemic over the last couple of years and all the little problems that we've faced in trying to do that are magnified a hundredfold in a prison setting."

Martin said extended cell confinement with no access to programmes was damaging to people's mental health and he could understand why tempers were frayed among inmates.

He said the flow of information about the reasons for the restrictions was often cut off in different ways and exacerbated by gossip, leaving prisoners feeling "deeply anxious about everything".