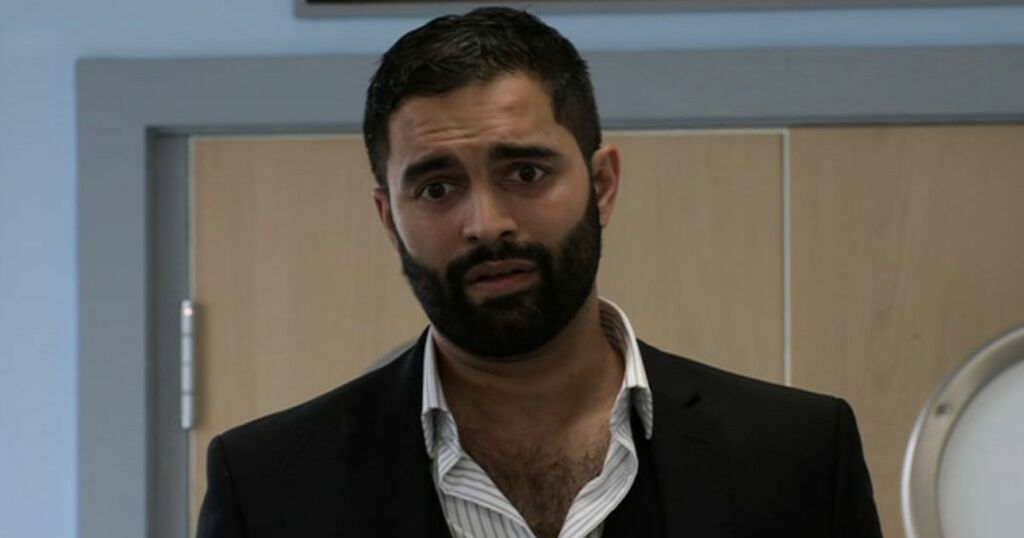 Imran seems broken and ashamed when he is approached by girlfriend Toyah’s sister, Leanne Battersby who tells him about Kelly’s suicide attempt in prison.

Tracking Toyah down, Imran lied and said he slept in his office and grew angry about the situation with Kelly and was irate with Toyah - clearly guilty about his own behaviour with ex-wife Sabeen.

Imran’s attitude and lies prompted a flurry of disapproving tweets on social media from Corrie fans.

One Coronation Street viewer wrote on Twitter : “And where exactly were you Imran, trying to deflect guilt there pal!*! #Corrie ”.

A different fan of the soap wrote: “Imran, matey, if you weren't at it with your ex you could've answered it. You handsome devil. #Corrie ”.

Meanwhile, another admirer of the ITV soap commented: “Imran has got a cheek! Trying to blame Toyah for whatever shady behaviour he has been up to! [eye roll] #Corrie #CoronationStreet ”.

Elsewhere, one person tweeted: “Imran, you were out cheating last night so before you blame anyone, perhaps take a look at yourself #corrie ”.

Finally, one Coronation Street fan concluded: “Poor Toya, she doesn't deserve that treatment from Imran, she's been the only one supporting him through all of this. #Corrie #coronationstreet ”.

Will Toyah discover what Imran has done? And what will it mean for their relationship?

Perhaps saving Kelly from prison could mend the couple's heartache?

What do you think will happen next for Imran and Toyah? Let us know in the comments below.