A convicted armed robber was caught with a £500,000 cocaine cargo after trying to speed away from police - who had seen his car had a light out. Ashley Makin, 32, who had previously carried out a terrifying raid on a McDoanld's restaurant in Stockport, was travelling on the M6 northbound, alone, towards Penrith, Cumbria, in a black Vauxhall Insignia just before 3pm on Friday, July 1.

“It had a light out,” prosecutor Tim Evans told Carlisle Crown Court. "What police noted was the speed of the vehicle was going up and down. They decided to stop it.

"Rather than stopping, the Insignia driver failed to do so and accelerated away, reaching speeds exceeding 110mph. A second police vehicle became involved and undertook it, preventing it turning off at Junction 39.”

READ MORE: Gunmen in balaclavas who opened fire on street in 'brazen' attack remain at large

It was stopped several minutes later and the driver identified himself as Makin. When asked whether anything was in the vehicle, he replied 'in the car', adding: “I’ve been bullied into doing stuff by someone.”

A search of the Vauxhall revealed a black holdall containing five 1kg blocks of cocaine. A police drugs expert concluded these were each worth £35,000 wholesale and, if high purity and sold on the street, the haul’s potential value could be between £400,000 and £500,000. There was no assessment available of this haul’s purity.

He later admitted possessing the class A drug with intent to supply. This was on the basis that he had built up a debt through his cannabis use, and been directed by others to deliver the cargo to Newcastle-upon-Tyne. Two further planned journeys from Newcastle to unknown locations, in which he was due to have been involved, had been called off, Makin had said.

“This is a very high value cargo and clearly was trusted to someone who the (criminal) organisation took as loyal and trusted,” Mr Evans told the court.

As Makin was sentenced this morning (Wednesday), a judge heard he had previously served a five-year prison sentence for his role in a terrifying armed robbery at a McDonald’s restaurant in Bredbury, Stockport, in September, 2015. He and an accomplice were masked, carrying weapons and stormed behind a counter before demanding that a manager open a safe. Other members of staff were threatened during the early morning crime.

Giving mitigation during today’s hearing, his barrister Amrit Jandoo said of Makin’s 2022 drugs supply crime: “There has been a level of pressure enforced on this defendant.”

References had been submitted to the court by Makin’s partner and also a man who was still willing to offer him work. “He has made an impression on that man that he can be trusted to work when he is not getting involved in recreational drugs that have led him to the commission of this offence,” said Mr Jandoo. “There are elements of intimidation. That has caused an untold amount of concern to Mr Makin and his family.”

The barrister had also said of the defendant’s guilty plea during the first crown court hearing in the case: “Perhaps that is the strongest mitigation I can advance on his behalf in a case of this type.”

Makin, of Cawdor Court, Farnworth, was jailed for a total of six years and eight months.

Judge Simon Medland KC said of illegal class A drugs: “It is a regrettable feature of my job that, if not quite every day, then several times a week I find myself having to observe, often to young men like you, that class A drugs destroy people’s lives.

“They destroy the lives of those who take them. They break up families. They corrode society. They destroy people’s mental health and their mental well-being and, I suggest, you are a prime example of that.”

Judge Medland also told Makin of his role in what was a “filthy and corrosive trade: “Almost inevitably it is lads like you that get caught, and not the lads at the top. You pay for that by having to spend — and spending — years looking at a prison cell wall.”

The court also heard Makin was one of two men who had been previously jailed for the McDonald’s robbery in 2015 which involved the brandishing of weapons. He was handed a five-year jail term by a judge at Manchester’s Minshull Street Crown Court in early 2017 for that offence, which happened in Stockport.

Makin, who was living on Kiwi Street, Salford, at the time and an accomplice went behind the counter and threatened the manager with the meat cleaver during the restaurant raid on Ashton Road in Bredbury.

The pair, who were masked, demanded the manager open the safe, and then threatened other members of staff during the early morning robbery. They forced the manager to empty the contents of the safe into a bag, before leaving with £1,700 in cash. 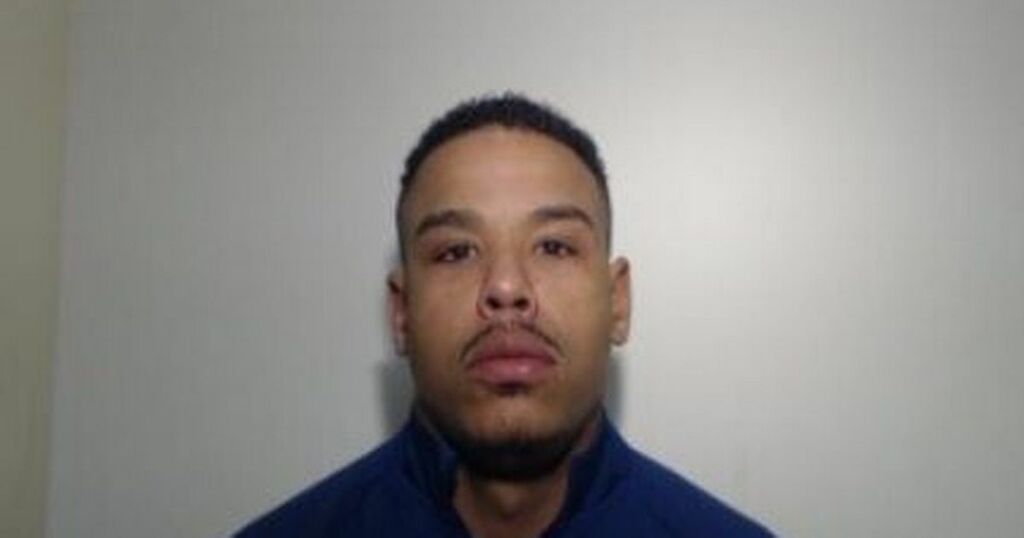 'Grotesque' torturer kidnapped dad and poured boiling water on genitals in 12-hour ordeal
Anthony Richardson, 29, was part of a gang who snatched a rival from the street and tortured him for 12…

Manchester Evening News
From analysis to the latest developments in health, read the most diverse news in one place.
Cocaine dealer caught in Tesco car park with drugs down back of his trousers

One of the defendants said dealing cocaine had been a way of making "quick, easy money".

Anthony Richardson, 29, abducted the victim from a street close to his home before subjecting him to a 12-hour campaign…

Faisal Ahmed, of Washington, Thomas Ibbotson, of Stanley and Harris Khan, of South Shields, were involved in supplying cocaine and…

Chronicle Live
One place to find news on any topic, from hundreds of sites.
Builder who lured girl into van in court for more sex crimes