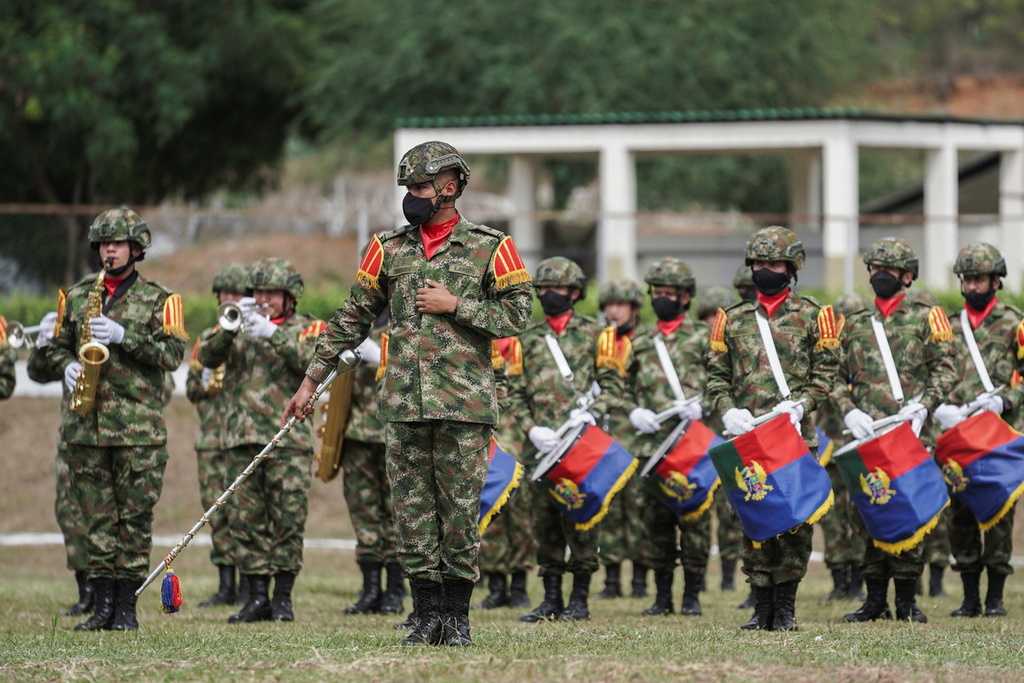 Colombia deployed a new unit of 14,000 military personnel on Wednesday to increase government control of a conflict hotspot near the Venezuelan border, where multiple armed groups compete for control of cocaine production.

The new unit, known by CENOR, deployed in the northeastern province of Norte de Santander, is the largest in Colombia's recent history.

During a ceremony on Wednesday to mark CENOR's launch, President Ivan Duque said the unit will look to crush drug trafficking and terrorism, as well as toppling financing for organized crime.

CENOR will confront dissident members of the demobilized FARC rebels who reject a 2016 peace deal, guerrillas from the National Liberation Army (ELN), and criminal groups including the Clan del Gulfo, which compete to control crops of coca, the chief ingredient of cocaine.

The province is one of Colombia's most violent regions and the site of recent high-profile attacks.

In June FARC dissidents detonated a car bomb in a military base near Cucuta, injuring dozens. Later that month shots were fired at a helicopter carrying Duque.

The deployment will be accompanied by investments to tackle poverty and substitution and eradication programs to put an end to illegal crops, the government says.

The Andean country has long accused neighboring Venezuela of sheltering illegal armed groups and allowing drug trafficking to take place in exchange for a cut of the profits. Venezuela's President Nicolas Maduro has denied the accusations.

"We need to make sure there is no collusion - like we have seen on the part of the Venezuelan dictatorship - in the border region to sponsor drug trafficking and other international crime," Duque said.