China has reported that 35 people have been infected wuth an entirely new zoonotic virus believed to be spread to humans through a shrew.

The “Langya” virus has already infected dozens across two of China's eastern provinces.

According to Taiwan's Centers for Disease Control (CDC), the virus is entirely new and has not been spread to humans before.

Officially dubbed Langya henipavirus, it's part of the Henipavirus family.

Two species of the same category have been identified in the past - the Hendra and Nipah viruses, the Sun reports.

The two viruses are said to create horrific illnesses with no known cure, vaccine or treatment.

World Health Organisation data classes the viral family as biosafety Level 4 - meaning it has a high risk of aerosol-transmission and of causing life-threatening disease with no way of minimising its severity.

It has a case fatality rate of between 40 and 75 per cent.

According to China's state-run Global Times , the 35 infectees are still alive and none have developed serious illnesses.

The virus was detected after scientists checked patients who were running a fever, according to an article published in New England Journal of Medicine (NEJM)

The paper added that the patients had been in contact with animals before their diagnosis.

As the virus has been detected among a cluster of people, it's likely it may already be passing between humans.

The paper reads: “There was no close contact or common exposure history among the patients, which suggests that the infection in the human population may be sporadic.

“But our sample size was too small to determine the status of human-to-human transmission for LayV.”

Scientists studying 25 animals found the most-obvious carrier of the Langya virus were shrews, a small mole-like mammal found in China.

We're living through a "new pandemic era" according to experts, who say the next 'Disease X' could be just around the corner.

Disease X is a placeholder name adopted by the World Health Organisation three years ago, representing a hypothetical, as-yet unknown pathogen that could cause a future epidemic.

Two and a half years since the first outbreak of Covid-19 , scientists are bracing for more health disasters due to a number of circumstances that mean virus-borne diseases will only become more common around the world.

In June a national incident was declared in Britain after the UK Health Security Agency repeatedly detected the poliovirus in London sewage works.

The last community outbreak in Britain was in the 1970s and health officials insist the current risk to the population is low - but experts say it's unlikely to be the last time a serious illness thought to have been eradicated makes a comeback.

Bird flu, Lassa fever, Crimean-Congo haemorrhagic fever and monkeypox have all been detected in the UK this year. 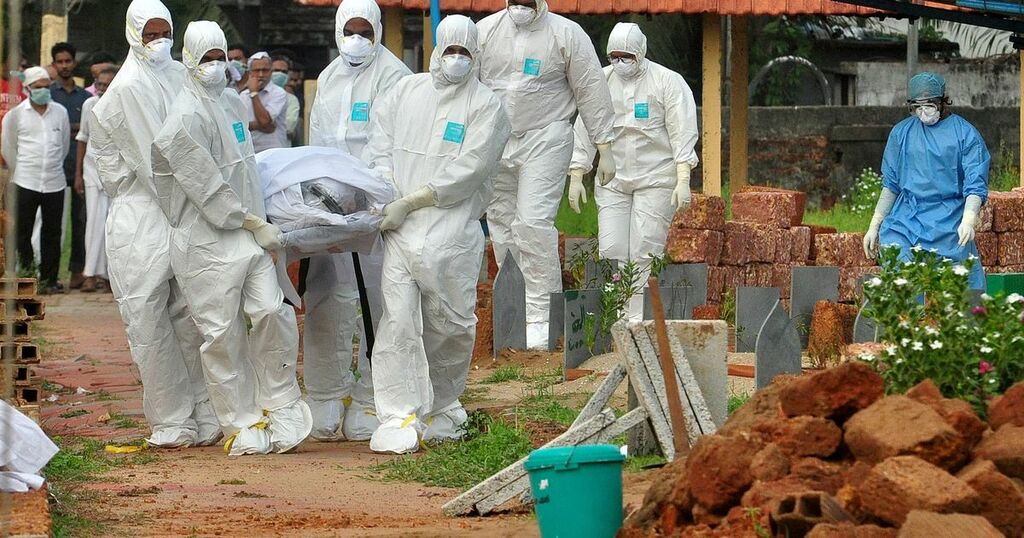 Daily Record
From analysis to the latest developments in health, read the most diverse news in one place.
China sounds alarm as new virus 'spread from a shrew' infects 35 people across country

The virus, which has been given the name 'Langya', has already infected a substantial number of people across two of…

Thirty-five people are infected with the virus, named Langya heipavirus, in southern China

The Independent UK
One place to find news on any topic, from hundreds of sites.
What is the Langya virus? New disease spread from shrews to humans detected in China

The Langya Henipavirus, or “Langya” could potentially be fatal – and has already infected 35 people.