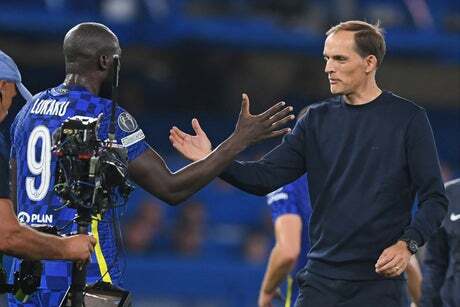 The £97.5million hit man scored his fourth in four games for Chelsea to ensure a winning start to the defence of their Champions League crown.

Tuchel said: “The cross from Azpi was very, very good and dangerous, difficult to defend.

“The opening and at the same time decisive goal which is very, very good for us of course.

Chelsea struggled to get behind Zenit – particularly in the first half - but Tuchel insisted he was impressed by his team’s commitment in the face of such a testing opening game in Group H.

“I’m happy in general with the performance, a tough match against a strong opponent,” he added. “It was tough for us in the first-half to find little gaps to accelerate the game and be dangerous in the box, and create touches in the box.

“But we played high intensity, we had many ball recoveries.

“We had to be very focused and aware in defence, because they have a lot of individual quality.

“Second half we found it a bit easier to find spaces between the lines, create chances, half-chances.”