Cat-astrophic: Neutering Is Only Partially Successful

Cats really do have nine lives.

That means trying to control the population of street cats is harder than expected. Neutering only works if the spayed numbers are high enough to support a significant reduction in felines.

Stray cats can pose health risks for humans and suffer from poor health themselves, which makes it imperative to curb their numbers.

Strays can be difficult to domesticate. In addition, they can carry various diseases, such as toxoplasmosis or cat- scratch fever, both of which affect humans.

The most popular cat population-control method is called TNR (trap-neuter-release), which returns stray cats to their original location. But a 12-year-long study by researchers from the Hebrew University of Jerusalem, recently published in the PNAS journal, showed that it is only partially successful.

Ultimate results are achieved when 70 percent of cats are neutered.

The study focused on the central Israeli city of Rishon LeZion. In the first four-year period of the study, there was no population intervention. In the second period, researchers organized an intensive neutering program in half of the city, while in the third four-year period, TNR was applied, as much as possible, to the entire cat population.

Neutering in only half of the city’s zones did not reduce the cat population, which researchers attribute to the immigration of non-neutered cats into the area.

Trying to neuter the entire cat population led to a 7 percent reduction, but a rebound increase in the number of kittens was noticed — probably due to an increase in their survival, due to the lack of competition with the neutered, less aggressive cats.

The ideal solution, researchers believe, would be to ensure that 70 percent of the street cat population is continuously neutered.

To negate the rebound effect, they suggest controlling food resources during the TNR campaigns, for example, by establishing feeding stations and prohibiting feeding in other public areas. This way, the cats would be properly fed and easier to catch them for neutering.

Experts recommend not bothering a stray the cat when it is eating, or trying to move a cat with unprotected hands. It is also considered unwise to approach kittens, as the mother may be near and might decide to attack. Feral cats are especially dangerous and may carry disease. Stray cats are also more likely to spread ticks and fleas to household cats.

It is important not to feed strays, as they can become territorial to your home and encourage breeding pairs, according to AAAnimal Control.

Produced in association with ISRAEL21c. 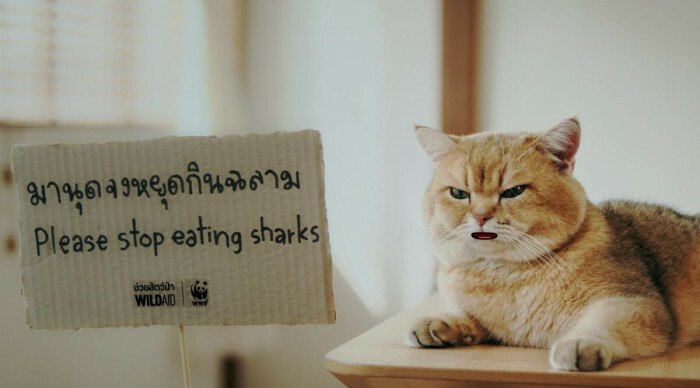 Protecting animals for a better environment
Animals are part of the environment and to help ensure they have better lives, here are two campaigns.

According to a new study, Black Americans have consistently gotten worse sleep than their white counterparts. Now scientists are trying…

Inverse
The meningitis vaccine may protect against this dreaded STD, new studies show

Three studies published in the Lancet look at different advantages of using a meningitis vaccine to protect against gonorrhea.

Inverse
Covid-19 is here to stay. Should you still try to avoid it?

We are now into year three of the pandemic, and many questions remain unanswered. One of them — should we…

Inverse
Life Cycle: Disease That Killed Comic Could Be Treated By Cycling

Zenger
One subscription that gives you access to news from hundreds of sites
Commentary: Is a second booster for COVID-19 the right choice for you?
The Food and Drug Administration and the Centers for Disease Control and Prevention recently authorized a second booster shot of…