Jay Leno is known for hosting "The Tonight Show" for years and as a comedian. Outside of the world of entertainment, Leno is also known as a car enthusiast and the collector of hundreds of rare automobiles. Leno may soon be known as a “truck guy” instead of a “car guy” thanks to this company.

What Happened: The latest episode of “Jay Leno’s Garage” featured the CEO of a publicly-traded company. The show, which airs on Comcast Corporation’s (NASDAQ:CMCSA) CNBC and Alphabet Inc’s (NASDAQ:GOOG)(NASDAQ:GOOGL) YouTube, had Jim Farley in its latest episode.

Farley, who is the CEO of Ford Motor Company (NYSE:F), highlighted the electric F-150 Lightning pickup truck in the episode and took Leno for a ride.

Farley told Leno it was tough convincing Ford that an electric pickup truck was what the company needed. Instead of focusing on being a low-selling vehicle that would lose money, Farley said he pivoted to making the vehicle competitive and affordable.

Leno asked Farley what the three main qualities of the F-150 Lightning were and got an answer from the CEO.

Farley highlighted the closeness the electric vehicle has to match all the features of the F-150 pickup truck, the ability to power a house or job site with backup power, and the frunk for extra storage space.

Leno loved how quiet and fast the F-150 Lightning was and called the vehicle a game-changer.

Why It’s Important: Leno has more than 200 vehicles in his collection and has featured many rare vehicles and his most expensive vehicles in past episodes.

The appearance by Farley and real discussion on how some at the company didn’t want the vehicle made could help bring public awareness to Ford betting aggressively on a transition to electric vehicles.

President Joe Biden was also given a preview of the F-150 Lightning, which could be part of a strong marketing push to convince traditional pickup truck fans to make the switch to electric.

Leno has been known to show support for Tesla Inc (NASDAQ:TSLA) and other electric vehicle manufacturers in the past despite being a fan of traditional non-electric vehicles.

Leno added a Tesla Model S Plaid to his collection in 2021. 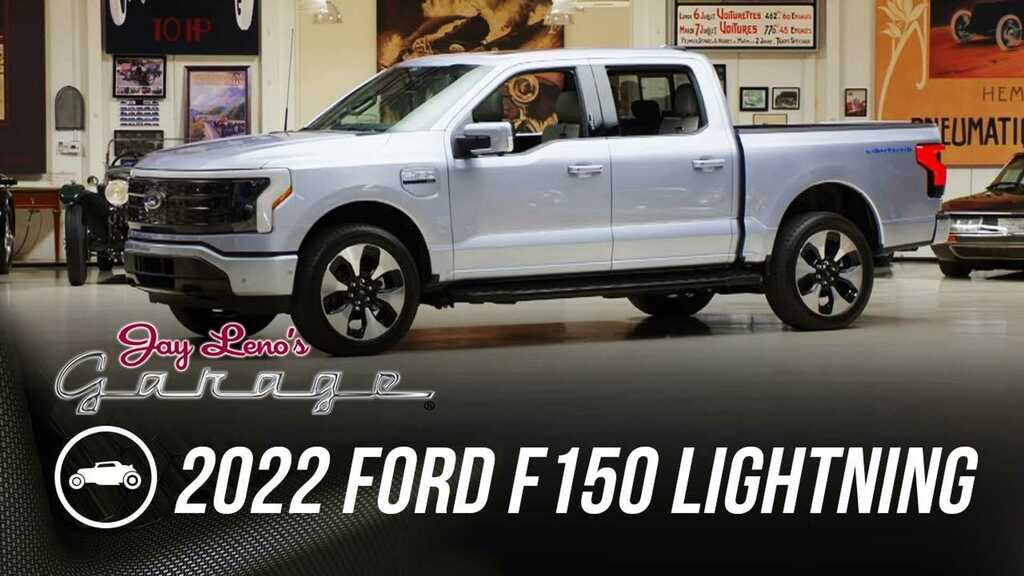 InsideEVs
One subscription that gives you access to news from hundreds of sites
Ford F-150 Lightning Electric Truck: Is It More Sellable Since It's Electric?

The F-150 Lightning made it to market on time, and it's a huge hit. Here's everything you need to know…