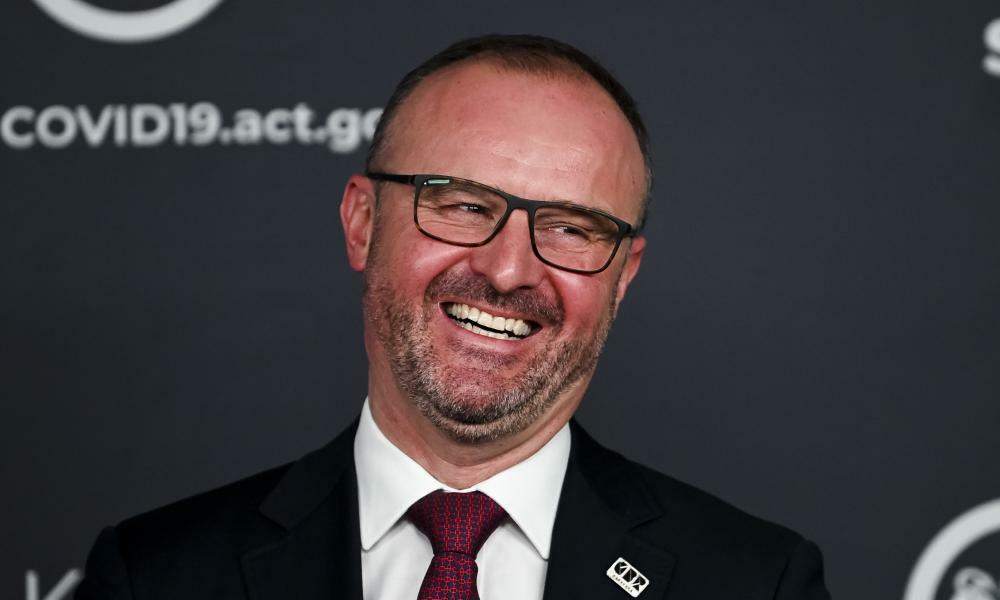 Ask most Australians what Canberra is famous for and an image will come to mind; politicians, parliament, roundabouts.

But Canberra, often dismissed as Australia’s most boring city, is on track to mark an international milestone few could imagine: the most Covid vaccinated city in the world.

Like the rest of Australia, Canberra’s vaccination program did not begin until February and was hampered by supply issues, confused advice over the one readily available vaccine and slow uptake due to a lack of Covid risk.

It wasn’t until August, when the Delta outbreak escaped Sydney and made its way into Canberra and the wider Australian Capital Territory, that a sense of urgency took hold.

The ACT’s public health teams started the territory’s rollout in earnest once the supply issues were sorted – a federal government responsibility. By November, authorities estimate almost the entirety of the territory’s population will be vaccinated.

“The current evidence suggests that the ACT will be one of the most vaccinated cities in the world,” said the territory’s chief minister, Andrew Barr.

“We expect to be at around 99% of the eligible population fully vaccinated by the end of November. It’s a testament to ACT residents and their willingness to protect themselves, their family and their community.”

Overseas city-states, such as Monaco are tipping 70% fully vaccinated, and Singapore is approaching 80%. London has just passed 70%, despite the head start it received in its vaccination program, compared with Australia.

But Canberrans, or “Ken Behrens” as they dubbed themselves, after a media transcription mistake was adopted as a unifying mascot of the latest lockdown, embraced the need for vaccination with almost no fuss – with no more incentive than a lollipop.

“What has been hugely beneficial to the ACT is the efficient vaccination rollout,” Barr said.

“Our mass vaccination hubs have provided the majority of Canberrans with a very easy and simply way to get the vaccine. The nurses and staff at our vaccination centres are running the most efficient vaccination programs in the country, with close to 100% utilisation rates.”

Primary health networks – GPs – and pharmacies also formed part of the response, as they did across Australia. The ACT government also worked on its own in-reach vaccination programs for vulnerable and disadvantaged populations, which Barr said helped “bridged the gap for many residents who would have faced challenges accessing the vaccine without extra support, and has contributed to our very high vaccination levels”.

The federal member for Canberra, Alicia Payne, put down the vaccination feat to Canberra’s community of “sensible, caring and civically minded people”.

“Canberrans were motivated to chip in and do their bit to protect their community, and there was a cheerful camaraderie and pride in getting the jab, with Canberrans proudly sharing and liking post-vaccination pictures on social media,” she said.

But the very points which make Canberra the butt of (mostly) affectionate jokes across Australia, are also believed to have contributed to it potentially becoming the most vaccinated city on Earth – with a minimum of fuss.

The ACT’s population (just over 430,000 people) is also, on average, one of Australia’s most educated and highly paid. Canberrans might have to endure a winter that lasts from March to November but their median weekly income, based on census data, is $350 a week higher than the national median.

Canberrans are more likely to be tertiary educated compared with the rest of the nation, with 30% of the population listing their occupation as professional. Government administration accounts for almost 20% of the workforce, with defence making up a further 6%. And as much as people love the ACT, they also love leaving it, something they haven’t been able to do for some time.

Vaccinations have been sold as Australia’s ticket to normality and, by and large, the nation’s eligible population embraced the Covid vaccine once it was made widely available. Australia should hit an average of 80% vaccination rate across the country by December, meaning borders between the Covid-zero states will fall and travel can resume (although vulnerable populations, including people with a disability and Indigenous communities still hold concerns over whether enough has been done to protect them).

This month Melbourne won the unenviable title of the holding the world’s longest cumulative lockdown, chalking up more than 250 days and counting. Sydney, the nation’s most populous city, was released from a 106-day lockdown on Monday, having reached a 70% vaccinated target.

The ACT’s “snap” lockdown, which began on 12 August and was originally set for seven days, will expire on Friday. Despite a small but noisy group of domestic protesters, cheered on by conservative media rallying audiences to “save” Australia from its draconian public health policies, most Australians are preparing to transition into “Covid normal” life. That’s no mean feat for a population that had been conditioned to keep Covid case numbers as low as possible, helped along by being an island easily shut to the rest of the world.

Having spent so long in suspended animation, most Australians, led by Canberrans, are doing what they can to safely rejoin the world. Not bad for a city once described as “a good sheep station, ruined”.