Buffalo Bulls Preview 2022: Previewing, predicting, and looking ahead to the Buffalo season with what you need to know and keys to the season.

It wasn’t how things were supposed to go.

Buffalo was coming off a 6-1 2020 season with an appearance in the MAC Championship and a bowl win over Marshall. It was the third straight winning season and the fourth straight with at least six wins.

But just as the program was getting comfortable as one of the conference’s superpowers, head coach Lance Leipold left for Kansas, Maurice Linguist took over, and the team came up with a rough 4-8 season with four straight losses to close.

The offense still worked, the ground game was good, and the defense had a few positives even though it was a rough year without any consistency.

Linguist has a ton of work to do to build up the talent level – seven offensive starters are done – but there’s a good base on defense to work around and there are enough winnable games to expect a bounceback year.

Or, at least hope for an improvement.

The offense couldn’t impose its rushing will like it did in past seasons, but it wasn’t all that bad. The O averaged well over 400 yards per game with the ground game accounting for almost half of that.

The passing attack was hit-or-miss over the years when the team was winning – everything revolved around the ground game – but it needs to be more efficient. There has to be more happening down the field and the turnovers have to stop, but for all of the problems, UB led the MAC in third down conversions.

It all starts with the tackles. The interior of the offensive line should be fine, but the group that was among the best in the MAC in pass protection and keeping down the tackles for loss needs the transfer portal and some key backups to make a difference.

The ground game lost leading rusher Dylan McDuffie to Georgia Tech, and Kevin Marks was never able to break through with the big season expected. The attack will work around Ron Cook, a speedy kick returner who ran for 377 yards, but it needs more options and bulk.

Quarterback Kyle Vantrease is done, but the passing game isn’t starting from scratch. Senior Matt Myers adds more of a rushing element to the mix and he has the starting experience, but the offense needs more big things happening down the field. Myers just has to keep things moving.

The receiving corps gets back leading receiver Quian Williams, a former Eastern Michigan Eagle who made 63 grabs last year, and Jamari Gassett isn’t a bad No. 2 speed option.

The defense should be stronger. It didn’t come up with enough takeaways, it didn’t hold up in strange spots – it got ripped up by Bowling Green? – and running games did too much shoving around.

A nice base of six starters are back with a nice blend of MAC star power and options in the right spots, starting with …

The defensive front might be the team’s biggest strength. The line is one of the few areas on the team with plenty of depth and a good rotation. Yes, the run defense has to be better, but Daymond Williams is a good nose tackle to work everything around. He’s almost 300 pounds and should once again be among the MAC’s best interior pass rushers.

James Patterson might be the best player in the MAC. The veteran linebacker will take over everything in the 4-2-5 alignment, but the options and rotation has to fill in next to him. Shaun Dolac made plays in his first year, but the defense needs more parts to fight against the run.

The secondary got help from the transfer portal to boost up an already good situation. It’s going to take fall camp to get all five parts in place, and not having big-hitting safety Cory Gross hurts, but Marcus Fuqua should be one of the team’s leading tacklers. The safeties are fine, but the corners have to emerge.

Buffalo Bulls: Key To The 2022 Offense

The ground attack was good last year, but the top backs are gone, the offensive line has to rebuild, and it might take a bit to find the right blend of power. On the plus side, likely new starting QB Matt Myers can run and add something to the mix, but it’s a must to be able to take over games like it used to.

It’s asking for too much to get back to the 2020 ground game that cranked up 32 scores and over 2,000 yards in seven games, but with the concerns about the passing attack, running for 200 yards every time out is a must. More than that, averaging close to five yards per carry will take the heat off.

Buffalo Bulls: Key To The 2022 Defense

The takeaways have to come

No, the offense won’t be as strong as it’s been over the last several years – at least until it all gets time to ramp back up get the parts back in place – and the defense isn’t going to be a brick wall. Taking the ball away to help the cause would be a huge help.

The Bulls only picked off three passes last year and came up with 12 turnovers overall – seven of them came in two games.

To be fair, this has been a problem for years – the D has been feast or famine on takeaways – but UB is 12-1 over the last four years when coming up with multiple takeaways.

RB Ron Cook, Sr.
It’s his time to try to take over the running game. He’s only 5-9 and 187 pounds, but he can move. He’s got the flash as a returner, but he needs to be able to handle more of the workload as a runner. Get him the ball on the move as a receiver – he caught 24 passes last season – and he’ll be solid. At least that’s the hope.

CB Caleb Offord, Jr.
The Bulls don’t just need to find new corners, it needs more production out of them. That’s where the transfer portal kicks in, getting Elijah Blades from Florida and Caleb Offord from Notre Dame.

Blades made 19 tackles for Texas A&M, left for Florida and made three stops last season, and now he’ll work on one side. Offord is more untested, but he has good size.

Buffalo Key Game To The 2022 Season

at Eastern Michigan, Sept. 24
The Bulls have to get used to living life on the road with three of the first four and five of the first seven games away from Amherst.

Losing at Maryland and Coastal Carolina isn’t a big deal, but they have to pull off a few MAC road wins early – there are more away games to come, but at least three of the last five games are at home.

Eastern Michigan might be an interdivisional game, but it’s a tone-setter for the conference season. UB won the last two meetings since 2014.

Buffalo Bulls Season Prediction, What Will Happen NEXT

Here’s the good way to look at the 4-8 clunker of a 2021 season. It was really, really close to being a whole lot better.

There was no excuse to collapse defensively against Bowling Green and Miami University as part of the four-game loss to close out the year, but four of the eight losses could’ve gone either way. Now that head coach Maurice Linguist has settled in, a few more of those 50/50 games should go to UB.

However, there’s so much work to do.

If the new transfers and young parts don’t rise up, this could be another rough run. Combine that with a schedule that doesn’t allow Buffalo to ever get settled, and it’ll be a fight.

The Bulls have to beat Holy Cross and take care of UMass on the road. Do that, win the home game against Akron, and take out one of the big home games in conference, and there should be a base of four wins – that’s the floor.

Getting to six and a bowl appearance, though, will take a special group of upsets. This won’t be a rise back up into MAC Championship status, but the Bulls should at least take a step forward. 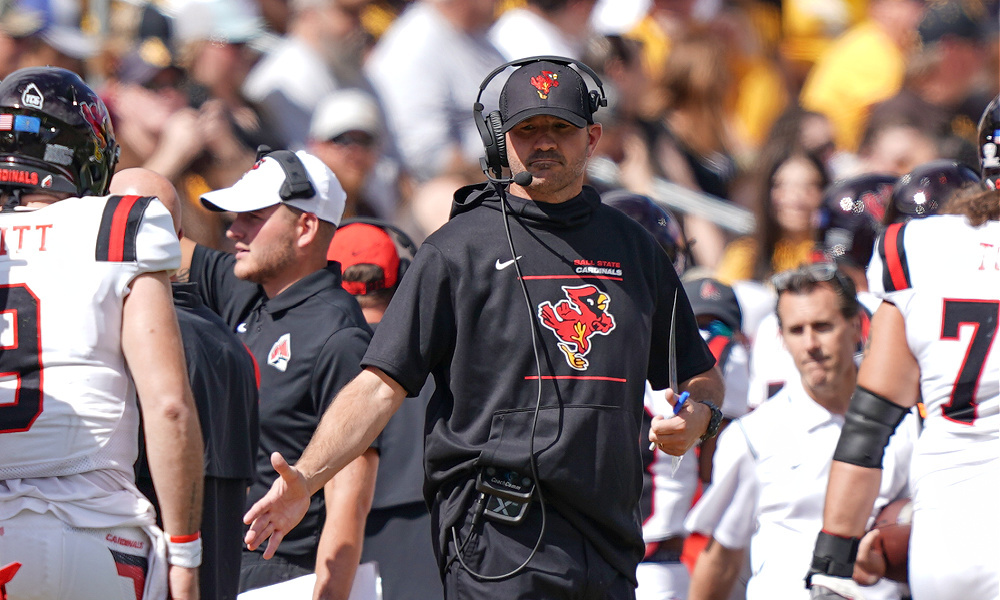 Auburn College Football Preview 2022: Team breakdown, season prediction, keys to the campaign, and what you need to know