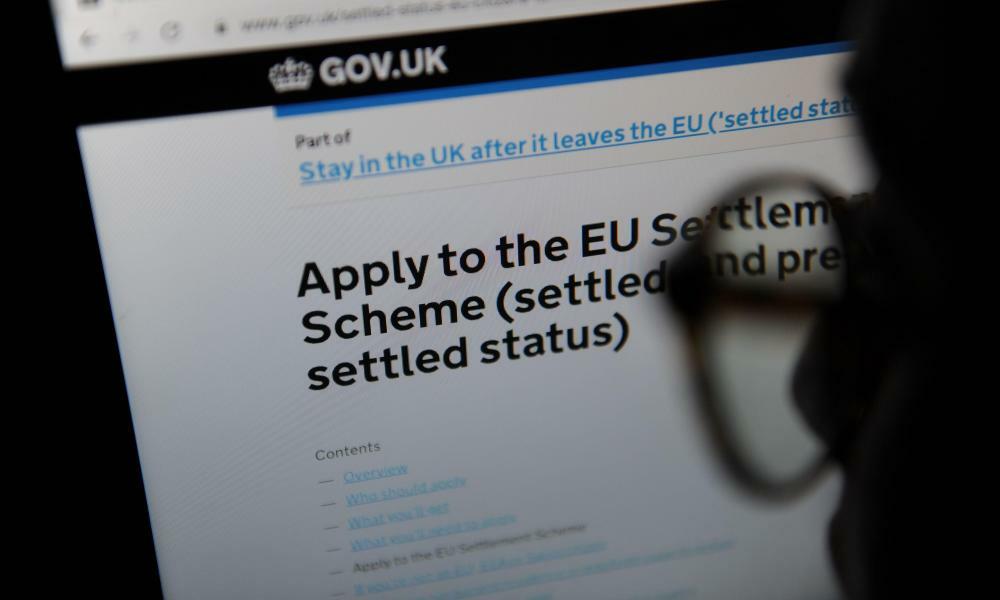 EU nationals living in the UK who apply to change their status risk being rejected by landlords, employers and mortgage lenders because of an anomaly on the digital residency permits issued by the government.

Before they can access public or financial services, EU nationals have to prove that they have been granted either settled or pre-settled status by the Home Office.

Pre-settled status, which has been granted to nearly 2.3 million people who were resident in the UK by 31 December 2020, can be upgraded to settled status after someone has lived continuously in the country for five years.

However, when someone applies for the upgrade the confirmation that they have pre-settled status is automatically removed from their online permit, leaving them unable to prove that they are legally in the UK.

One Hungarian national, who preferred not to be named, faces losing the house he is buying with his girlfriend because his mortgage lender refuses to accept his permit as evidence of his right to live in the UK.

He was granted pre-settled status in 2019, but when he applied for settled status in April his existing status was removed from his online permit. It now merely shows a certificate of application.

“Since the Home Office’s system offers me no other official means of proving my legal status in the UK other than through the online database, I am now in the situation of being ‘not legal enough’ to access basic services what would be rightfully available for me,” he said.

An Italian policy analyst whose house purchase was also jeopardised when his pre-settled status was wiped from his permit, said he was informed by the Home Office helpdesk that it was a technical glitch.

Callers to the helpline face hours on hold without result, however. The Hungarian national says he spent more than 11 hours on the line trying to resolve the problem.

He also submitted an online inquiry and an email complaint. “The automatic reply said ‘We aim to reply to you within 20 working days’,” he said. “We do not have that much time before we lose the house because of them.” His permit was adjusted after the Guardian intervened and he has since been granted settled status.

The campaign group, the3million, which champions the rights of EU residents in the UK, has reported the issue to the Independent Monitoring Authority for the Citizens Rights Agreement, a public body.

It said it has heard from individuals who risk losing their job because their pre-settled status is no longer visible. The online system also fails to show when applicants are appealing a rejected application. Instead it just states that an application has been refused.

“The view and prove system does not properly handle an individual’s progression through the EU settlement scheme,” said a spokesperson for the3million.

“Rather than the online status showing a history of applications, or reflecting the individual’s correct current rights, it appears to show the most restrictive status possible. One woman who was refused pre-settled status because evidence she had provided with her application was not sufficient, reapplied before the deadline but her view and prove status is still showing that her application was refused, there is nothing about a new application.”

Campaigners claim that EU residents are discriminated against because, unlike other overseas migrants, they are not given a paper copy of their residency permit. Instead they have to prove their legitimacy with a share code that allows service providers to view their status online.

Two months after the deadline for settled and pre-settled status applications, reports suggest that many are unable to secure mortgages or open bank accounts because financial institutions have not adjusted their automated systems to accept digital share codes instead of supporting documents.

A Home Office spokesperson said: “The EU settlement scheme provides people with a secure, digital status which future-proofs their rights. This can be easily shared with employers, landlords and other organisations, including financial institutions, such as banks, to prove an individual’s rights and access services.

“Between October 2019 and end June 2021, the online checking service has seen more than 640,000 profile views by organisations checking immigration status. Guidance for individuals and checking organisations is widely available on gov.uk.’