Turkey avalanche: At least 21 killed after rescue workers are buried under snow

At least 21 people have been killed and dozens left trapped after two avalanches in Turkey.

The death toll includes military police and civilians who were working to rescue victims of an earlier snowslide, the local governor said.

Rescuers were called out initially after two people and a minibus were buried under the snow in Bahcesaray, eastern Turkey.

During the rescue attempt a second avalanche buried more than 50 members of the search and rescue team.

Mehmet Emin Bilmez, governor of the eastern province of Van, said 30 of those have now been rescued and taken to hospital.

Authorities said some of the workers managed to dig themselves out of the snow.

TV footage showed dozens of people using shovels and sticks in snowfall and high winds to dig out buried and overturned vehicles.

Have you or a family member been affected? Email webnews@mirror.co.uk

Hundreds of people have been helping with the rescue efforts after the incident overnight, according to reports.

Terrifying photos show parts of a bus trapped in thick snow with people crowded around.

The ongoing search and rescue is being inhibited by the snowfall and blizzard.

A large number of roads are currently closed due to the weather conditions.

The death toll has now reached 21, a local governor confirmed.

In a statement, the Interior Ministry said 30 people had been rescued.

Meki Arvas, mayor of a district in the eastern province of Van, was quoted by broadcaster NTV as saying a team of 300 people had been working to rescue people trapped under an earlier avalanche on Tuesday when a second snowslide hit.

Additional search and rescue teams have been dispatched and 15 ambulances are in the area, Daily Sabah reports. 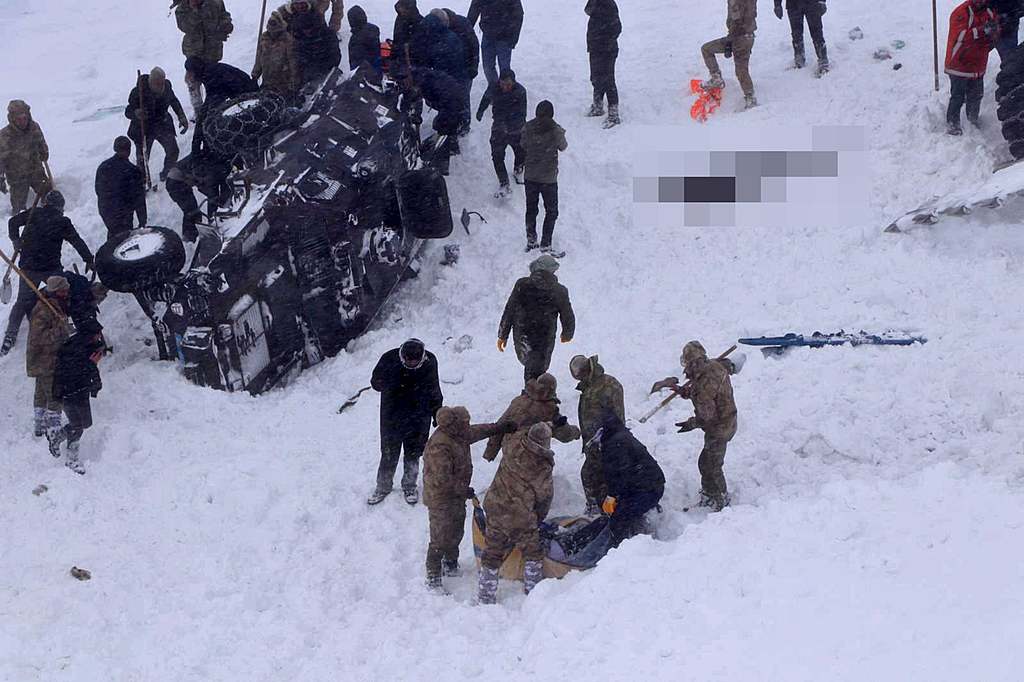 Turkey avalanche: At least 33 rescue workers killed and dozens buried under snow
Search teams were looking for missing people following earlier avalanche when they were struck by second snow slip

The Independent UK
One subscription that gives you access to news from hundreds of sites
Turkey avalanche: At least 28 dead after second landslide hits rescue workers

An avalanche has slammed into a mountain road in eastern Turkey, wiping out a huge team of rescue workers sent…