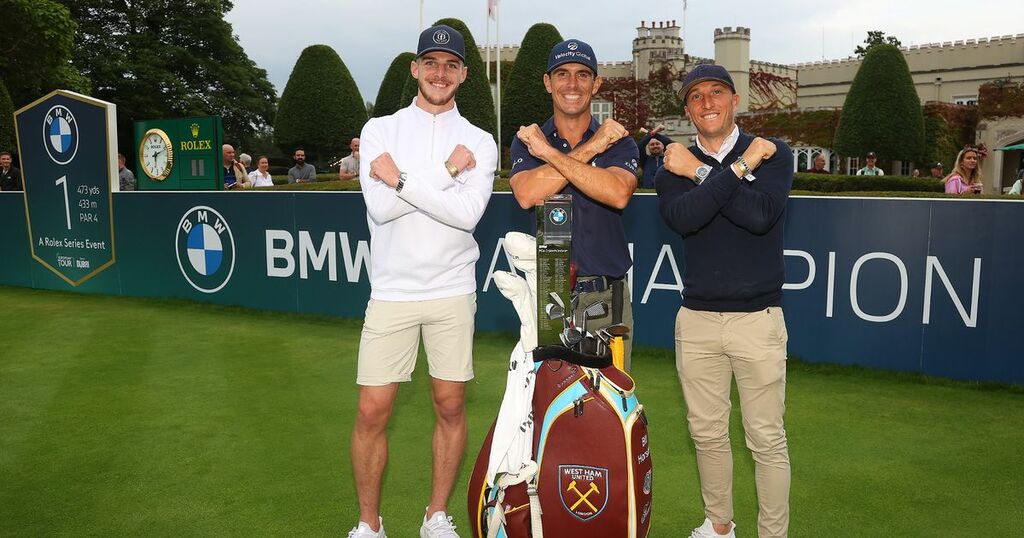 The two Hammers stars were at Wentworth to see the American shoot a bogey-free 65 to win by a single stroke on 19-under par.

Horschel, who banks £961,628 from his victory, said: “Mark and I have become good buddies since March when I won the WGC event and it is great to see them both here. We are going to have a good time tonight. And I will pick up the bill!”

Noble said: “As fellow Hammers fans, we are incredibly proud of him and it has been an honour for me and Declan to be here to watch it.”

Horschel is only the second American to win this title after Arnold Palmer but the victory came too late to earn a Ryder Cup wildcard.

And the world No 28 admitted he had “added motivation” after not receiving a courtesy call from captain Steve Stricker last Wednesday.

Laurie Canter just missed a 15-foot birdie putt on the final green to force a playoff to finish joint runner-up with Jamie Donaldson and Kiradech Aphibarnrat.