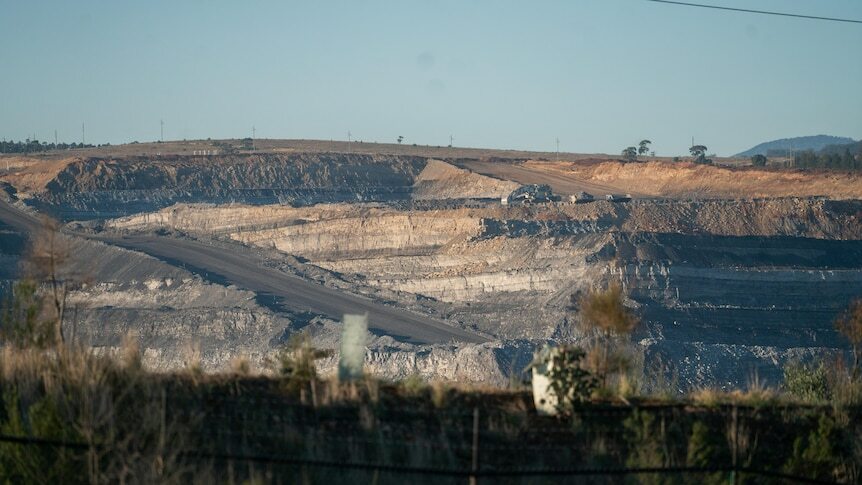 Up to 80 workers at New South Wales' largest coal mine have been ordered by BHP to accept transfers to interstate mines or resign from their positions.

A worker who is facing the ultimatum said he felt "left in the street" by the company.

BHP continues to search for a buyer for its Mt Arthur thermal coal mine near Muswellbrook, after slashing its value from $2 billion to negative $200 million in recent years.

The mine has a total workforce of more than 2,000 people, but BHP uses its wholly-owned labour-hire subsidiary Operations Services (OS) to employ 80 workers.

As part of the sale process, OS at Mt Arthur will be wound up from November 1.

While some of the impacted miners have been at Mt Arthur as permanent employees of OS for more than two years, they are contractually employed within an "east coast hub" — not Mt Arthur.

Therefore, BHP can require the employees to work at multiple sites, without a redundancy entitlement.

Employees have been told they can relocate to mines in Queensland, Western Australia and South Australia, with financial assistance from BHP.

'Left in the street'

An impacted worker, who requested to remain anonymous because he was not authorised to speak to the media, has settled in the Hunter Valley with his wife and children.

"The ones that can't take the position will be left in the street, and that to me is not supporting the people that have worked for them for the past two to three years," the worker told the ABC.

The worker said assurances from companies and politicians that coal jobs were safe were "absolutely ridiculous".

His requests to transfer from OS to BHP were refused, he said.

"I totally get that OS is winding up in November, it's part of mining — I get that," he said.

"What I don't get is the way they've come about it."

A separate labour-hire firm, Chandler McLeod, is currently hiring workers for Mt Arthur but it is unclear how many positions are available.

The Construction, Forestry, Maritime, Mining and Energy Union (CFMEU) has taken BHP to the Fair Work Commission over the matter, but given the employees are not covered by an enterprise agreement there is no right to arbitration.

"It's incomprehensible that at a coal mine the size of Mt Arthur, BHP can't simply move them on to the site enterprise agreement and continue their employment," he said.

BHP declined the ABC's requests for an interview, but a spokesperson said "Operations Services will conclude the provision of production services at Mt Arthur Coal later this year and team members will move to other sites".