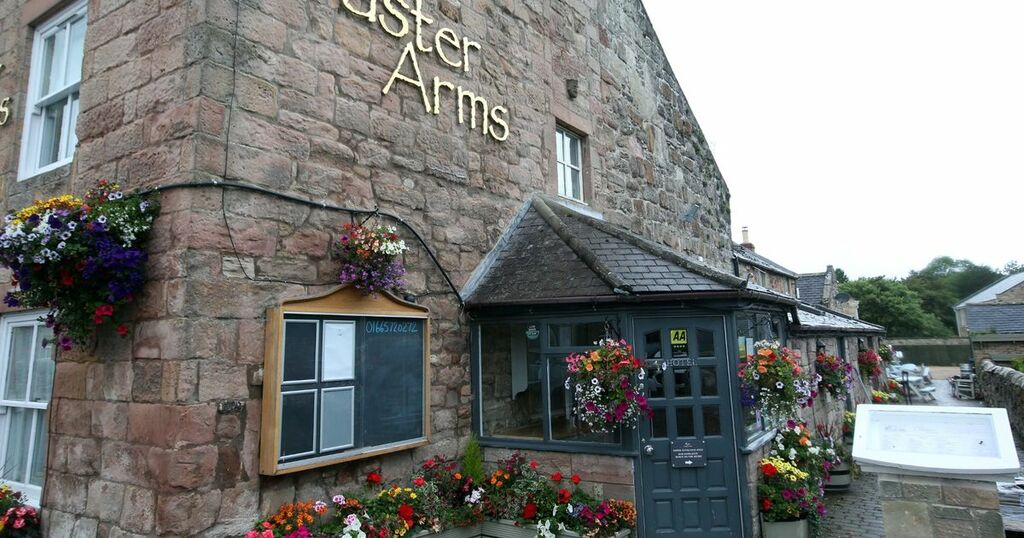 A pub which was voted the 'Best in Northumberland' this year has called time on non-customers using its car park.

The Craster Arms in Beadnell scooped the award at the National Pub and Bar Awards in July, however due to only having a 20-space car park in the seaside hotspot, guests often struggle to park on the premises.

That is about to change as it has had an application approved for the installation of automatic number plate recognition (ANPR) cameras to prevent non-customers from parking on the grounds of the Grade II listed building.

The application was submitted back in June by Parking Eye, on behalf of landlord Michael Dawson, and has since been approved by Northumberland County Council.

And whilst the idea has proven controversial, Michael says that it's necessary.

"We need to control our car park so we can provide sufficient space for our actual customers.

"In the last 12 months post lockdown, we've seen a dramatic increase in tourism. We have seen a huge increase in the number of people visiting the area and we were faced with a dilemma."

The Craster Arms is part of North Coast Collective, as is neighbouring Saltwater Cafe, which uses the same car park. Michael says that part of the stipulation in the planning permission for Saltwater Cafe was that enough car parking could be provided for customers.

He continued: "There's such a limited number of parking spaces in the centre of the village and everyone was using ours whether they were visiting the beach or other businesses in Beadnell. We couldn't accommodate our own customers and we want to control that."

Michael also hopes to continue the good relationship with the Church of St. Ebba, saying: "People from the church use it, which we don't have any issue with. And if they come and talk to us we have the authority to list them as a permitted car in the parking area."

Concerns were raised by Northumberland Coast AONB on the installation of signage, saying that: "The scheme will introduce parking paraphernalia often in found in urban settings to the historic core of Beadnell, a rural and coastal village. The infrastructure will be easily perceptible from the street and will there form part of the streetscape of the designated landscape."

Northumberland County Council's building conservation officer, however, said: The visual impact of the elements will be minimised by installing them to the perimeter of the site so we conclude that the character and appearance of the Conservation Area would be preserved."

Though the car park management system has been permitted, advertisement consent is still pending consideration.

There have so far been no objections in the community.

Customers who use the Craster Arms and Saltwater Cafe will still be able to park for free, as long as they give their registration number before leaving.