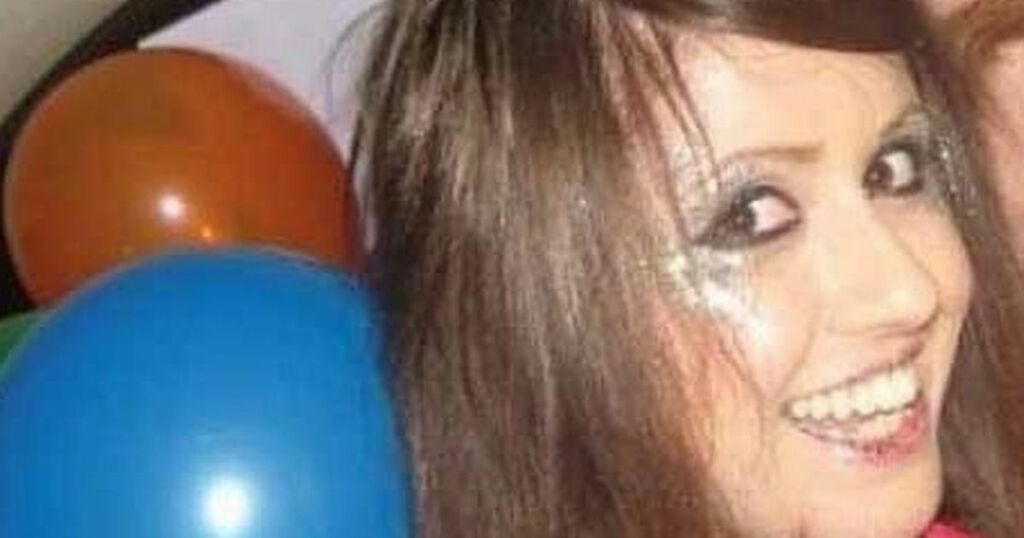 A beauty therapist has been struck down by a rare condition that causes her lungs and skin to harden.

Georgina Pantano, 36, was living the high life when she started experiencing terrifying breathing difficulties in 2012, at the age of just 27.

Georgina flew to Poland, where her mum is from, for private medical care in the hope of securing a swift diagnosis but was horrified when told she had a rare condition, requiring hospital treatment for 10 months.

Now living in Milton Keynes with her mum and brother, Richard Pantano, 30, she told GloucestershireLive: “The doctors were so worried about my condition they told me to stay and have immediate treatment.

“It was really traumatic. I didn’t say goodbye to anyone and was forced to quit the job I loved. I understand Polish, but I don’t speak it very well, so I couldn’t even express myself in the way I wanted to during my treatments.

“But I didn’t want to dwell on the negative. The doctors in Poland were amazing, they saved me.”

Georgina was diagnosed with diffuse systemic scleroderma, an extremely rare and incurable condition causing hardening of the skin and organs.

It happens when the immune system attacks the connective tissue under the skin and around internal organs and blood vessels.

She was also diagnosed with pulmonary fibrosis, which occurs when the lungs become scarred and damaged, affecting their ability to absorb oxygen – making breathing increasingly difficult.

In another blow, Georgina lost her dad to Covid in October and she contracted the virus too.

She added: “Scleroderma and pulmonary fibrosis have changed my life, but I’m really dedicated to teaching people about these conditions.

“Two weeks after losing my dad, I caught Covid, too, which made breathing even harder work."

She added: “Before this happened, I was really sociable, I went out every weekend. I went to clubs, festivals and was living a really exciting life. I loved my job as a beauty therapist.

“I had to completely readjust. I used to be the life and soul of the party and now I can’t even walk to my car from the shops.”

Georgina was plagued by breathing problems and muscle aches for six months before her diagnosis.

She said: “By June 2012 I’d been feeling very breathless and getting bad chest pains for six months.

“I’d wake up in the middle of the night gasping for air. It was actually very scary.”

Convinced it was nothing serious, Georgina saw a local doctor in Warsaw, who had her rushed straight to Military Institute of Medicine Central Clinical Hospital of the Ministry of Defence in Warsaw after an initial examination.

She said: “It was really worrying. I was referred to a specialist and after further tests they diagnosed me with diffuse systemic scleroderma, that causes hardening of the internal tissue as well as the skin.”

She added: “Then they diagnosed aggressive pulmonary fibrosis, meaning my lungs can’t absorb enough oxygen to pump around my body.”

As hospital doctors worked hard to stop her fibrosis from spreading, Georgina was forced to remain in Warsaw for 10 months for various appointments, living at a relative’s.

She said: “I was given various treatments including cyclophosphamide, a chemotherapy drug used to supress the immune system, to stop cells from growing for three weeks, which would prevent the fibrosis in my lungs from spreading.”

When she finally returned to the UK in May 2013, she was shadow of her former self.

“I’d swapped nights out for hospital stays,” she said.

“I’d spent more time in hospitals then I ever did in stylish nightspots.”

Her condition has become progressively worse and she can no longer work and the glamorous lifestyle she once enjoyed is now a distant memory.

She added: “I still go out and try and enjoy nights out when I feel well enough, but I can’t work. Just going to the shops is extremely difficult and needs a lot of planning.

“I can’t do much. I have to drive everywhere and sometimes if I walk too far I can’t get back. I’m in agony and just talking leaves me exhausted.

“I call the hospital my second home, as I’m there all the time for scans and tests. I was passed to a specialist in the UK at the Royal Free Hospital in London when I returned from Poland and the care has been amazing all round.”

And, currently single, after a long-term relationship ended, she cannot imagine herself dating again any time soon.

She said: “Just the thought of trying to date with my condition is daunting.

“I’m just working on myself for now, as I feel exhausted by the very thought of trying to navigate meeting someone with my condition.”

Now Georgina is raising awareness of the condition, which she says can be seen as a hidden disability.

“My condition is extremely disabling, but I feel like I have to justify myself all the time, as it isn’t immediately obvious to other people,” she said.

“I parked in a disabled bay going to the cinema and a woman came up and told me off for using it.”

She added: “Luckily my sister was there and she defended me and explained the condition. But I was so anxious about it.

“I get dirty looks all the time if I park in a disabled bay, or even use a disabled toilet.

“Scleroderma affects my gut, meaning I need to rush to the loo very quickly and a woman stopped me as I was about to go in and started questioning why I was using the disabled loo.”

She added: “I now use a wheelchair, as I can’t walk far at all and I get so anxious about what people are going to say. I just feel constantly judged and scrutinised, like people expect me to look sicker.

“It’s extremely difficult. For a long time I struggled to leave the house, because people’s judgement made me so anxious. I’m happy to say I’ve managed to overcome my fears, but I think people need to be mindful of hidden disabilities."